CapoVelo.com
CapoVelo.com - - Shimano to Test its First Range of Team Apparel with LottoNL-Jumbo in 2017
37123
post-template-default,single,single-post,postid-37123,single-format-standard,no_animation 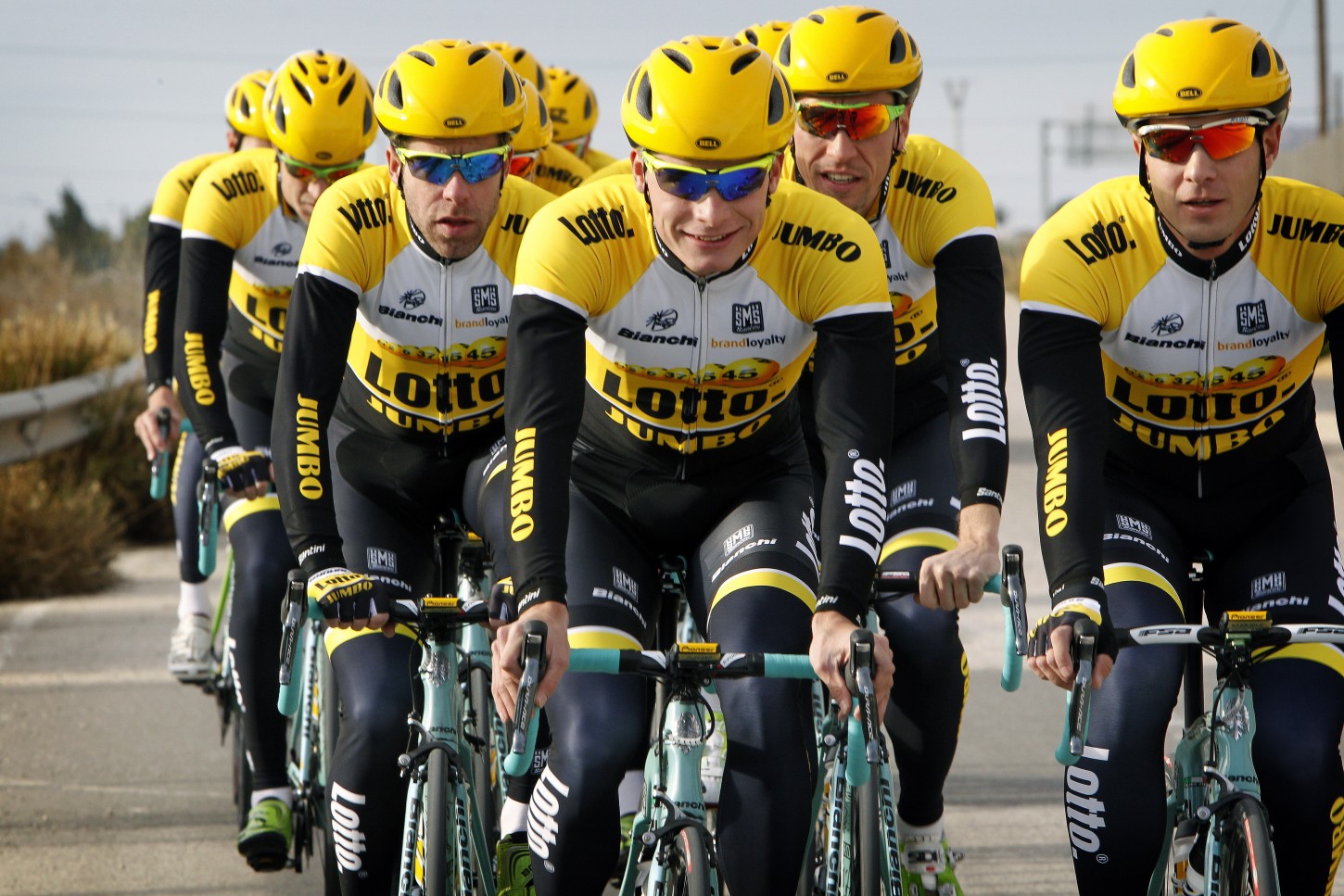 LottoNL-Jumbo will be the first team in the ranks of the WorldTour to test Shimano’s first-ever range of team apparel during next season.

Known for its dominance in the bike industry regarding groupsets and wheels, this marks the first time the Japanese component giant has ventured into the realm of apparel.

In addition to Shimano producing theirs “kits”, LottoNL-Jumbo will also don the brand’s S-Phyre road shoes and eyewear.

“This announcement is another proud moment in the successful history of LottoNL-Jumbo and Shimano. We are delighted to step up our relationship with one of the world’s biggest cycle companies, providing developmental guidance for Shimano apparel at the highest level,” said the team’s marketing manager, Richard Plugge.

“By providing LottoNL-Jumbo with a full range of performance clothing and footwear we are able to extend our head-to-toe strategy, maximizing the performance of every component part of the bike and the rider. We look forward to working with LottoNL-Jumbo in the coming season to develop and progress the breadth and quality of Shimano cycle clothing.”

LottoNL-Jumbo’s Bianchi bikes are already kitted out with Shimano’s Dura-Ace components and PRO wheels. The riders will be part of a testing and fitting process to optimize Shimano’s range of race clothing.

This announcement marks the end of a three-year contract with the Italian apparel brand, Santini.