Should Cyclists Really Chew Each Mouthful of Food 32 Times? 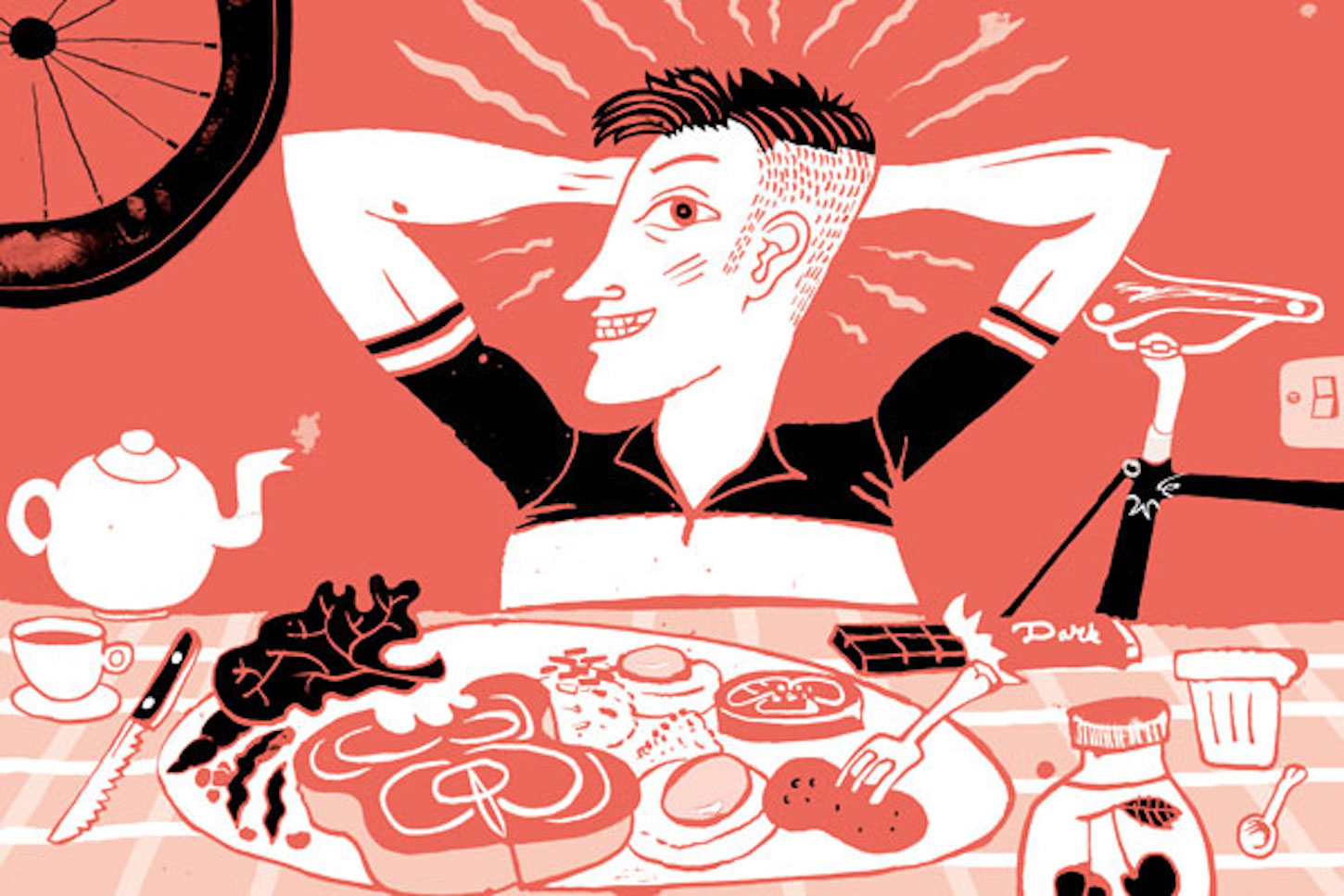 Should cyclists really chew each mouthful of food 32 times? Well, the next time you’re wolfing down an energy bar, or devouring a blow of pasta, you might want to consider the following.

There are many sayings, myths and recommendations about how we should eat our food. Some of it is cultural – such as the use of tools – some involve noise while eating, keeping the mouth closed, spilling food, or for women, being “dainty”.

Most mothers tell children not to “gobble” their food but to eat more slowly. But is eating behaviour in terms of bite size, chewing and swallowing quickly really related to weight gain and obesity? And is there any truth to the old saying that chewing your food 32 times will make you lose weight?

Chewing food slowly and many times has been a strategy for weight management for decades. Originally it was based on ideas emanating from medicine. A 1926 book on obesity by physician Leonard Williams holds some good examples of the medical thinking of the time.

He noted that the stomach requires the food to be “thoroughly disintegrated by the teeth” and “steeped in saliva” to work properly and that “everyone knows” that food should be chewed properly.

In recent decades it has become common in dietary regimens for losing weight to include advice about chewing thoroughly, or even specifying a set number of chews per bite or mouthful. This goes along with other “tips” such as putting the knife and fork down between every mouthful, as a way of slowing eating time and reducing intake.

What happens when you chew

When you eat, you chew food into smaller particles and mix it with saliva in the mouth. Saliva starts the process of digestion and the breaking down of food. This continues in the stomach, where it is mixed with acid.

The broken-down components are then moved along the gut, with nutrients and water being absorbed along the way, and the undigested portion of fibres and partly digested foods passes out of the body. Chewing food well allows this process to start properly and continue well.

You all will have noticed what happens when you fail to chew peas or corn. It is not processed at all! That is because the outer covering of these foods is resistant to the acid in the stomach. If not chewed, the inner parts cannot be reached so they are not digested.

Some might think this is a good thing – if a lot of the food is not digested, well there is a good weight-control strategy! But this is false thinking.

There needs to be enough time during eating for the brain to recognise that you have eaten. If you eat too quickly you may have eaten too much before this happens and you overeat relative to what the body needs. This is why the idea of slowing down the eating process as a weight-management strategy can work.

The food also needs to be in contact with the gut to stimulate the hormones that regulate hunger. More recent evidence supports this. Researchers from The University of Birmingham confirmed that not only does prolonged chewing reduce meal intakes, but snacking two hours later can be reduced as well.

Others have shown that obese persons chewed less and for shorter times than people of a normal weight. This knowledge has led to the development of devices, such as mouth volume reducers, to slow eating and increase chewing.

So what about the 32 times? This is just an arbitrary number, but the science behind it is sound.

In a society where evidence drives health interventions, this time it appears mother did know best and you should savor, rather than gobble your food. It’s better for overall nutrition, digestion and for telling the brain we’re full so we don’t overeat.