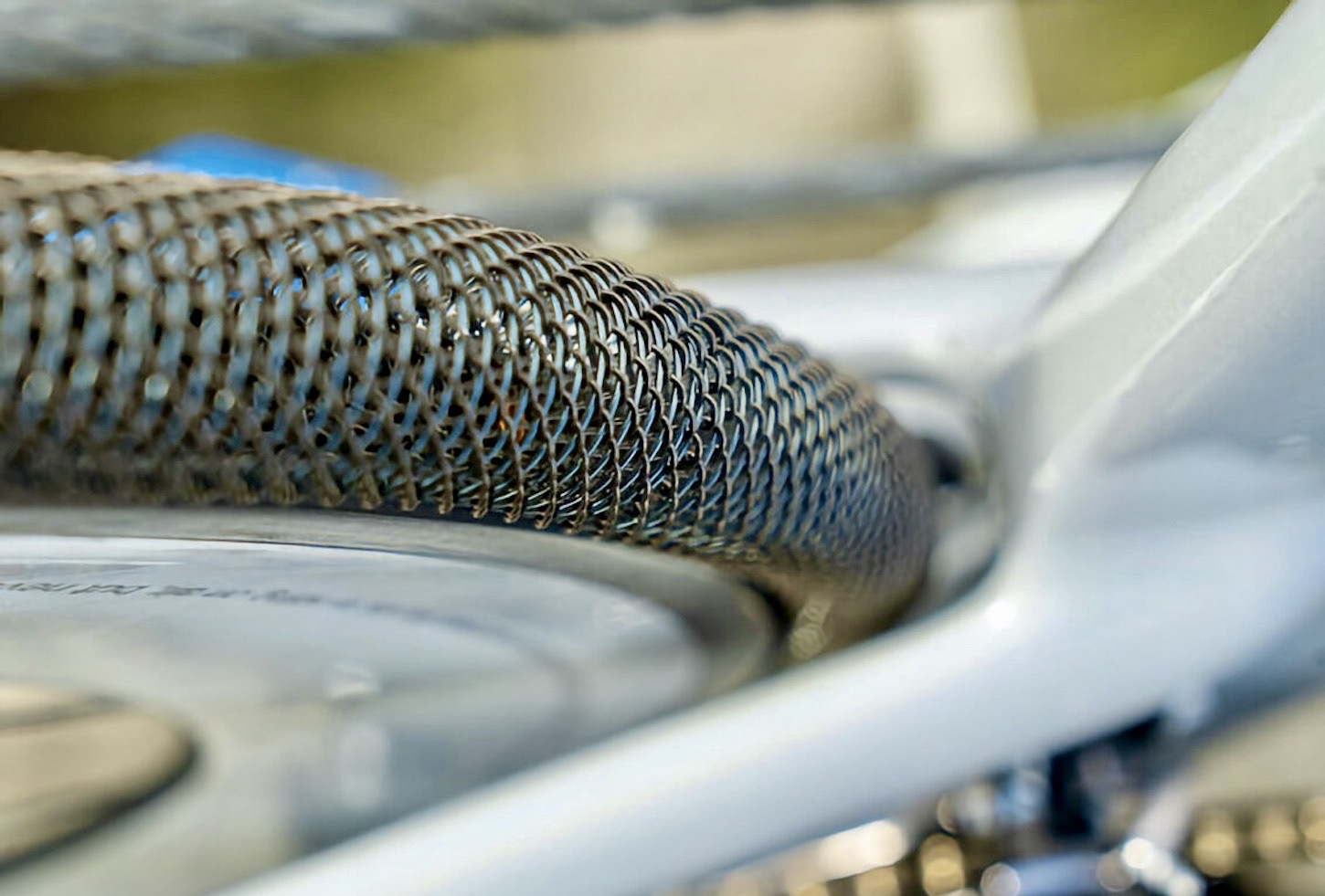 SMART Tire Company is showing-off a lighter, more affordable version of its Shape Memory Alloy (METL) tire, which was originally unveiled in 2021.

As previously highlighted, the METL tire is a high performance, airless tire that never goes flat, boasting space age materials that were originally invented at NASA as part of its STC mission.

However, SMART Tire Company has since developed a model for more earthly use, incorporating the same technology as the first iteration of its METL bike tire, while reducing weight by more than 50%, as well as reducing cost.

Through a patent pending process, the tire is integrated with clear polyurethane sidewalls, along with rubber treads, requiring less rubber than a traditional bike tire, yet it can be retreaded and reused for the life of your bike.

METL is developed at STC’s new 5,000 square foot facility in Akron, Ohio, at the heart of the American tire industry. Through a Space Act Agreement with NASA Glenn Research Center, the company hopes to further improve the design efficiency by “25% or more” this year, before going to market.

“From the first prototype, these tires have shown great promise to revolutionize the cycling industry with high performance and low maintenance. However, our job is not done until they are affordable and can be produced at a large scale. We also set lofty goals that all of our tires would be eco-friendly and made in the USA. This new design represents a major step towards achieving all of those goals.”, says co-founder and CTO Brian Yennie.

CEO Earl Cole adds, “the technology behind the METL tire was originally developed by NASA for their extraterrestrial pursuits. In fact, the co-inventor of the spring tire and superelastic tire leads our efforts here at STC. We are one of just a couple tire companies working with major aerospace partners to bid on NASA’s upcoming return to the moon, Project Artemis, and the only one with technology already dedicated to the task. Combined with our work with NASA through a Space Act Agreement, we are well positioned to become THE commercial provider of SMA tires for future space missions. In coming years, we will see the first woman on the moon, and possibly manned missions to Mars, and we expect them all to be riding on SMART tires.”

Unfortunately, these lofty claims were not enough to secure the financial backing of the panel on Shark Tank.