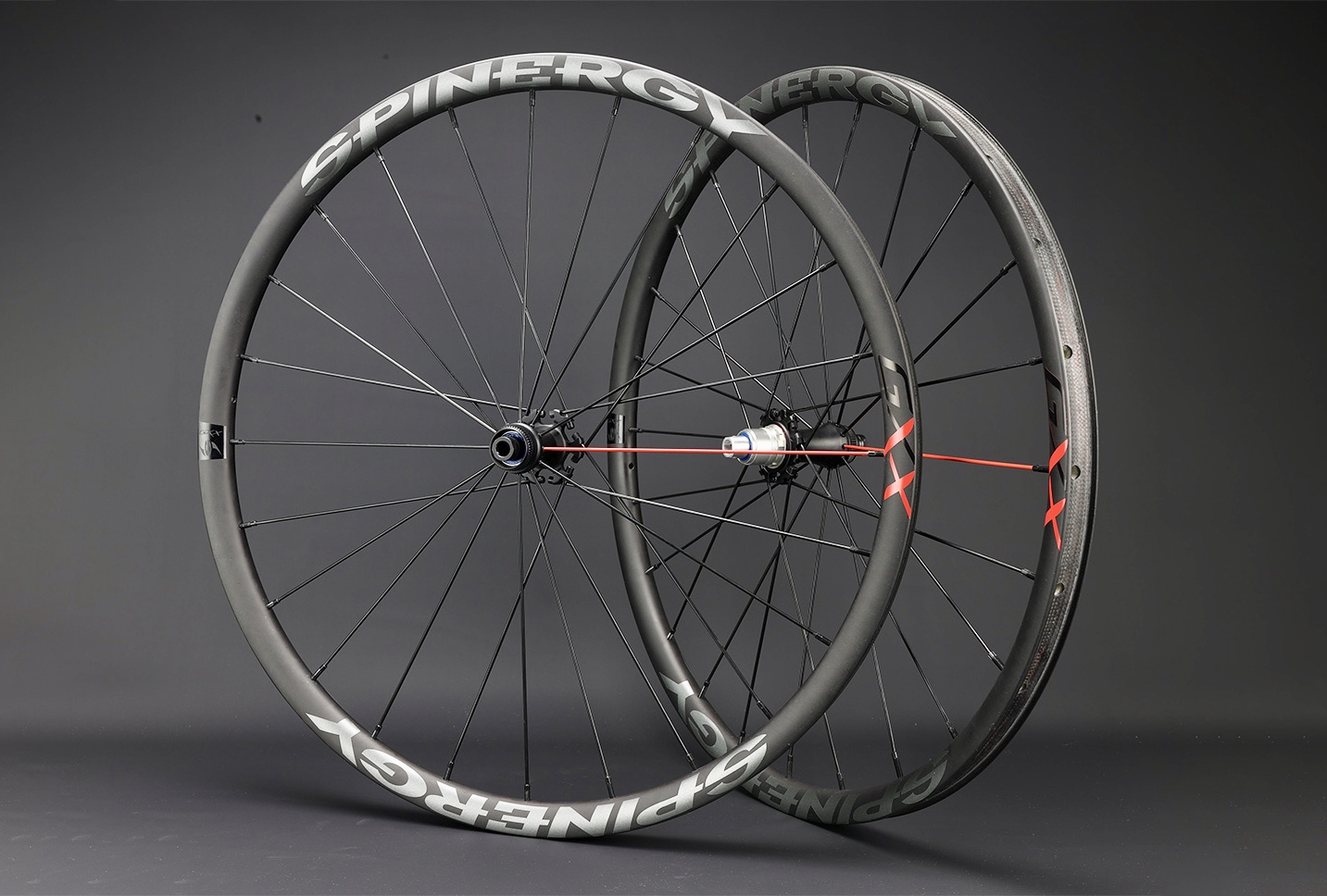 For those who remember the distinctive Spinergy REV X wheels that were the rage amongst triathletes during the 1990’s, well the brand never really went away.

In fact, despite being bought and sold more than once over the years, the company continued producing wheels for wheelchair sports, as well as some models for both on and off-road cycling.

So, it wasn’t strange to see Spinergy announce the launch of its latest gravel specific wheelset called the GXX, which features a new 24mm tubeless-ready, foam-core carbon rim that can accommodate tires up to a whopping 57mm.

The wheelset also utilizes PBO fiber spokes that are said to be three times stronger than steel at half the weight, while also being able to absorb more vibration over rough terrain.

“The King of gravel has arrived. The all new GXX carbon gravel wheelset features a 24mm internal width for 40mm and wider tires. Giving you optimal performance with lateral stiffness and improved cornering stability. Built with our patented PBO spokes to reduce rider fatigue, improve acceleration, and a smoother ride. Ready for your long mixed terrain rides and durable enough for your gravel plus adventures,” says Spinergy.

Additionally, the $999 wheelset is fitted with Spinergy’s own CNC-machined hubs with sealed cartridge bearings, interchangeable end caps and cassette bodies, along with center lock disc mounts that weigh in at a respectable 1,524 grams for the pair.

For those wanting some bling, there’s a special edition GXX wheelset that comes equipped with gold anodized hubs and ceramic bearings.

Spinergy says the special edition wheels are limited to just 100 sets, which come with padded wheelbags and sell for $1,199.