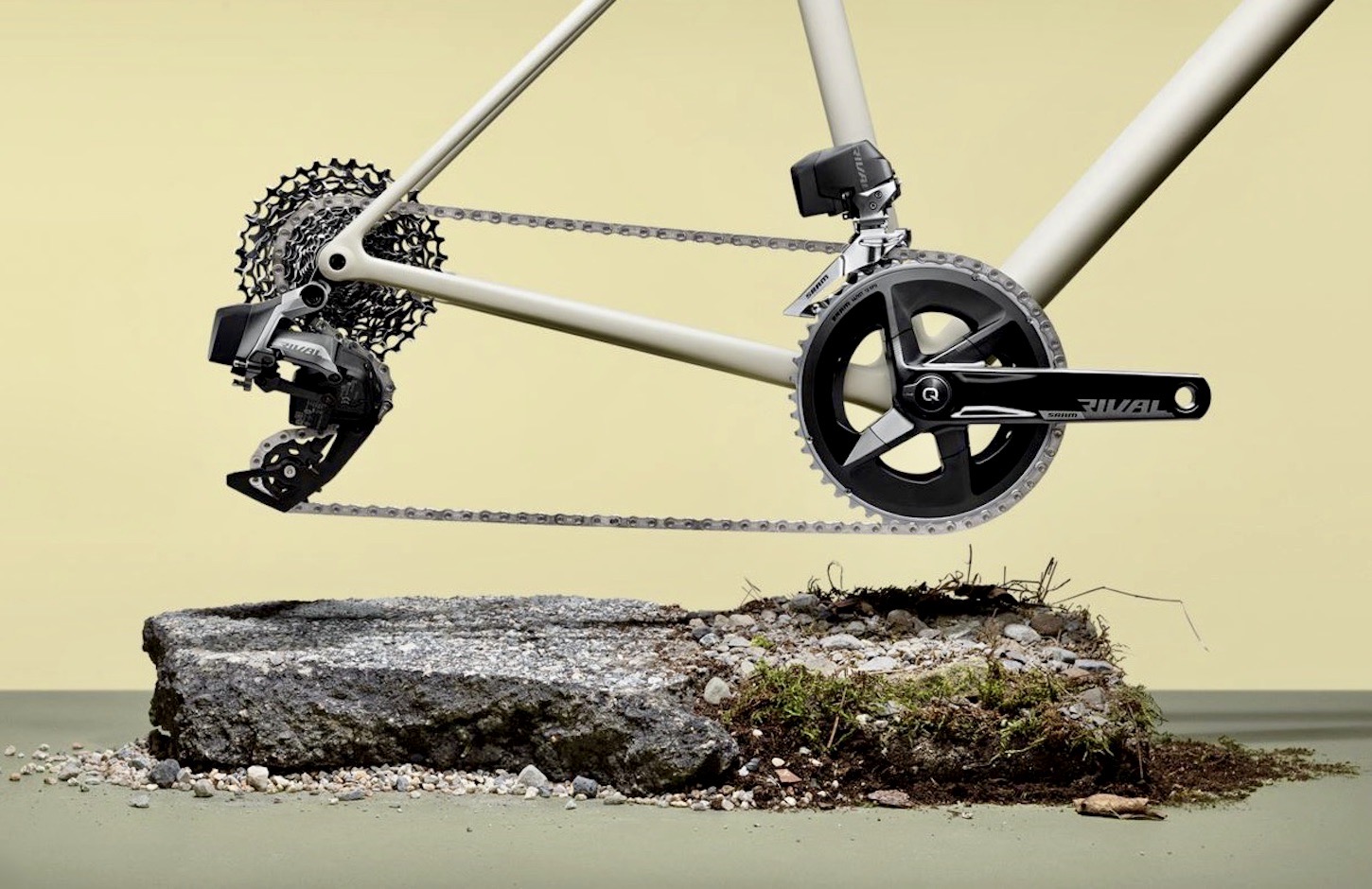 “When we set out to design Rival eTap AXS, the brief was that we wanted riders to have the same ride experience as you get with Red [top level] and Force [second level] groupsets,” said SRAM Road Technical PR Coordinator, Danie Lategan. “If you were to ride three different bikes fitted with the three different tiers of components, yes there would be some subtle differences, but the overall ride experience we wanted to be the same.”

While a lot of the new Rival eTap AXS groupset is a result of trickledown features from its more expensive siblings, the shape of shifters is noticeably different from the costlier RED and Force groupsets, with hoods that are a bit shorter.

Interestingly, the new wireless Rival sticks with a traditional threaded port instead of SRAM’s Bleeding Edge snap fit bleeding port in order to further keep costs down. But, customers can opt to use either the RED post mount disc caliper and hose set-up, or the brand’s Level disc brake calipers with brake pads being offered in both organic and sintered compounds.

Additionally, in order to accommodate a wide-range of gearing choices and tire clearances, there’s both a Standard or Wide front derailleur available, alongside quite a few 1x and 2x cranksets, including the choice of an integrated power meter.

All of the polished aluminum cranksets rely on the DUB bottom bracket system, along with a 13t gap between the two rings to ensure they maintain their X-Range gearing progression. The Standard cranksets are offered in 48/35t and 46/33t 2x configurations, while the Wide cranksets will come in a 43/30t 2x, or the new Rival 1 Wide crankset with 38, 40, or 42t chainrings that are compatible with 135, 142, and 148mm Boost rear spacing.

It’s important to note, that the Rival cranks will only be offered with DUB spindles, therefore they’re not compatible with BB90 bottom brackets. So, customers will need to use one of the SRAM Force or RED cranks that are available with GXP spindles.

As mentioned, the cranksets are available with a cost-effective single-sided integrated power meter from Quarq.

The power meter is rated to IPX7 waterproofing, which will run for a claimed 400+ hours from a single, easily replaceable AAA battery.

The remainder of the groupset shares the same rear derailleur, flat-top chain, cassette options (albeit in steel only) and XDR freehub body as the RED and FORCE groupsets.

Pricing for the new Rival eTap AXS groupset is as follows: