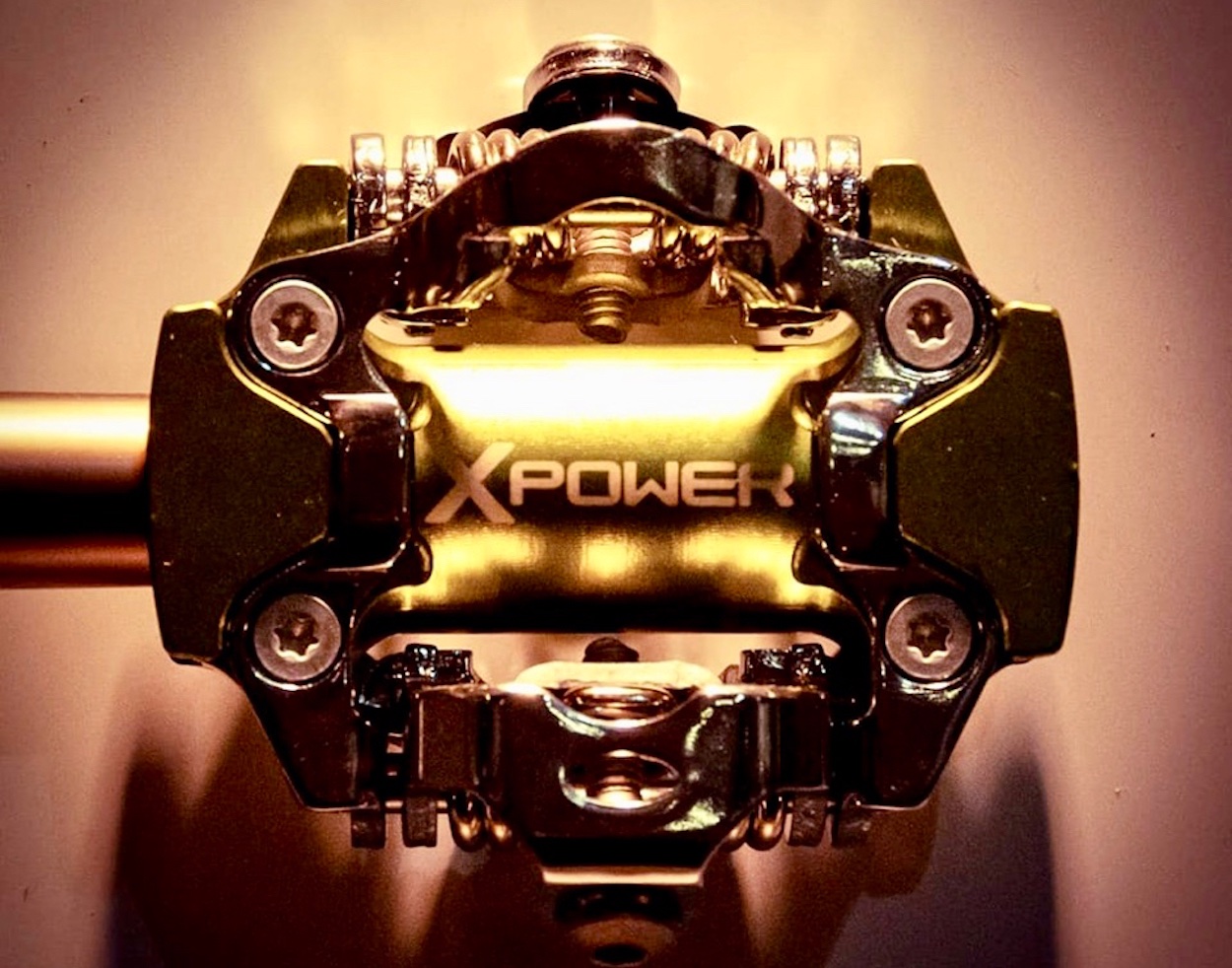 Alongside their sophisticated SmartIt indoor trainer, SRM also showed-off its latest SPD power meter based pedals during this week’s Eurobike show, marking the first power meter/pedal system of its kind for off-road use.

Designed around Shimano’s popular SPD cleat format, the X-Power employs a similar concept as SRM’s power meter based EXAKT road pedal, measuring the rider’s power at the pedal spindle using a set of four strain gauges on each side

However, the X-Power comprises a dual-sided setup, offering independent left and right measurements with no plans for a single-sided version.

Additionally, the X-Power relies on lithium-ion batteries, which SRM claims can last up to 100 hours, while charging is handled via a single-pin magnetic connector on the wrench flats.

Power readings are transmitted using ANT+ and Bluetooth protocols, so there are plenty of options to pair the pedals with any number of cycling computers on the market.

The pedals are also compatible with most training platforms like the popular Zwift without requiring a separate head unit.

SRM has also created its own smartphone app that can be used to calibrate the pedals and provide ride data as well, including left and right power readings.

To ensure durability, SRM has built the electronics inside the spindle, an approach the German brand feels better protects the internals from the rigors of off-road riding. Moreover, if needed, this design allows the pedal bodies to be replaced independently, leaving the electronics intact.

There’s currently no word on pricing or availability on the X-Power, but rest assured anything from SRM comes with a hefty price tag.