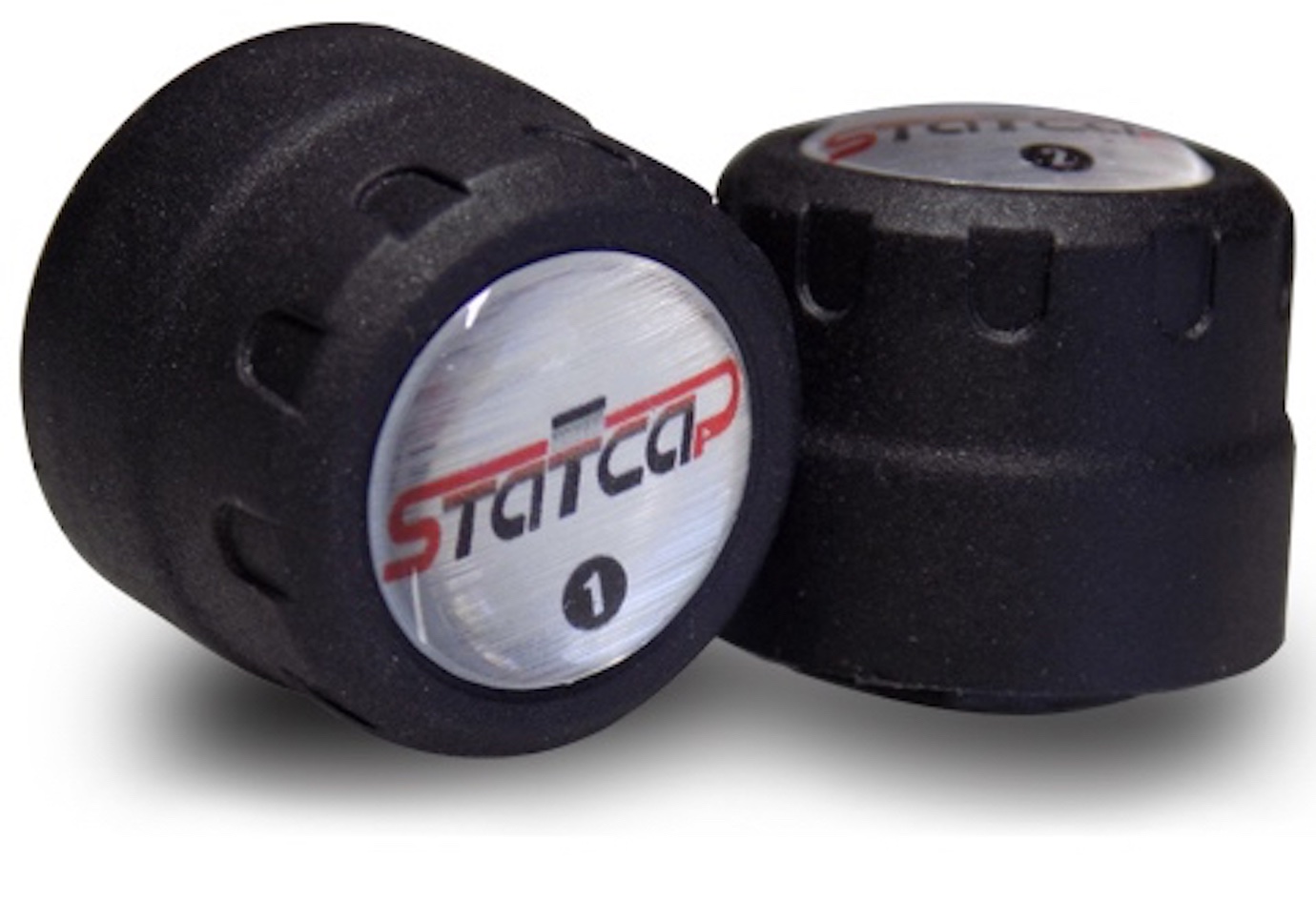 After experiencing a bike crash of his own as a result of an undetected slow tire leak, Kurt Stillman took some of his inheritance money and put it toward developing StatCap, a tire pressure monitoring system that measures inflation levels and relays the information via Bluetooth to a smartphone or smartwatch.

“I took the tire to my kitchen sink and bubble, bubble … there it was, a slow leak,” Stillman said. “At low pressure, it wasn’t noticeable (riding) in a straight line but (the tire) folded under on the turn. Now that I had it figured out, I tended to my wounds.”

Designed to work with any tire and tube combination, Stillman’s first version called the StatCap P1 made its debuted in June, which resulted in the sale of 200 units with a retail price of $99 for a set.

“We tested a few designs and wanted to make sure we could make it affordable, easy to remove (no tools required) and replace for those pesky flat tires,” Stillman said. “If done right, you shouldn’t notice it on your ride unless you have low tire pressure or excessive tire temperature.”

StatCap works by simply screwing the caps onto any style of tube stem. From there, the built-in sensor alerts the rider of any loss of pressure or anomalies in tire run-out (i.e. a wobble) via the Tahuna app that monitors pressure every 250 milliseconds.

StatCap was designed and developed in Tucson, Arizona using parts sourced from the U.S. and Japan, while assembly is done in China.

Stillman says marketing is primarily focused on North America, with the goal of establishing European partnerships later this year.

Additionally, Stillman says he hopes to expand StatCap into the e-bike segment, as well as the professional peloton.

“Next steps will focus on e-bikes and a global push through our partner channels, as well as launching our next product release with enhanced technology and features unavailable in today’s marketplace,” said Stillman, whose ultimate goal is to get that P2 version on a bike in the Tour de France next year.