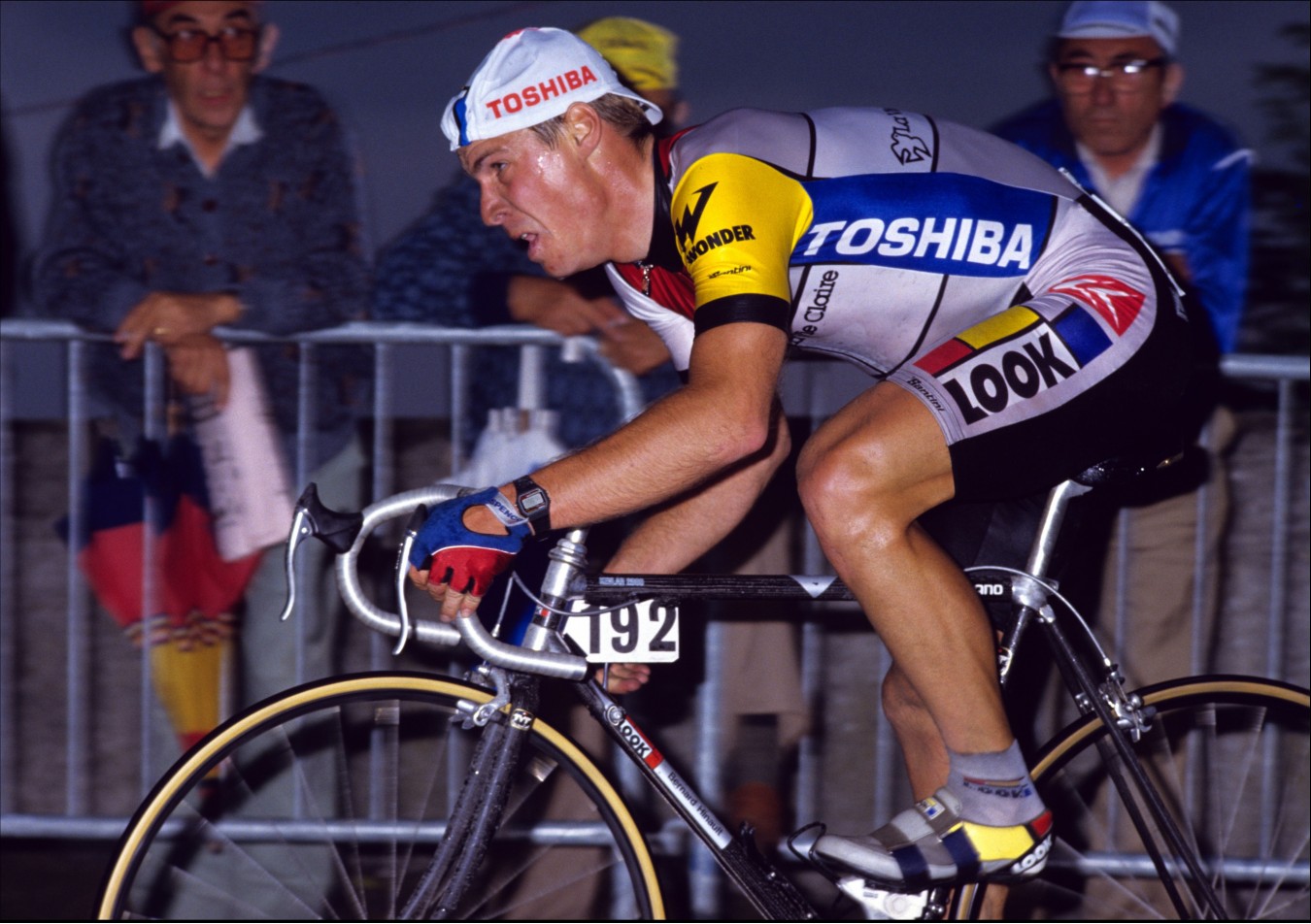 Bauer’s meteoric rise in the sport began in 1984, when he won the Silver Medal at the Los Angeles Olympic Games.

The following year, Bauer turned professional with the La Vie Claire team, joining the ranks of such cycling luminaries as Bernard Hinault and Greg LeMond, where he stayed until 1988.

Between 1985 and 1995, Bauer competed in 11 Tour de France races, finishing fourth in 1988 after winning the first stage and wearing the yellow jersey for five days – making him only the second Canadian to wear the jersey.

Other accomplishments of his included winning the 1989 Züri-Metzgete and finishing second in the prestigious 1990 Paris–Roubaix Classic behind Belgian Eddy Planckaert.

But, perhaps Bauer’s most memorable moments came during the 1990 Tour de france, when he wore the Yellow Jersey for nine stages while riding for the 7-Eleven team, where he first met BMC’s current team manager, Jim Ochowicz.

After his retirement, Bauer led his own Pro Continental team, R.A.C.E. (then known as Spidertech), which eventually folded at the end of 2012.

In his new role with BMC Racing, Bauer will act as a team ambassador, where he’ll help to promote the squad through special events and public relations programs.

“I’m super excited to take this challenge which really came out of the blue. Through Steve Bauer Bike Tours we’re always hosting VIPs so when Jim Ochowicz phoned me it seemed to be a great fit. I know the sport well, I’m passionate about the sport, logistics and hosting people in an on the road environment is something that I’ve already done and just being familiar with the BMC Racing Team group is what attracted me to the role,” Bauer said in a team press release.

“To come back into WorldTour cycling is extremely exciting, especially with such a high-level team. BMC Racing Team is obviously one of the top teams on the WorldTour. I’m certainly looking forward to meeting the TAG Heuer team and all of the partners and the people that they’ll be bringing to the events. It’s a great opportunity and certainly also a challenge, for me personally and also the team, to fulfill VIP services within the sport environment.”

Ochowicz attributed Bauer’s appointment to his legacy in cycling and ideal personality for the role.

“With TAG Heuer coming on board as an important partner of BMC Racing Team from 2017 we felt it was the right time to bring someone on to oversee our VIP services and Steve Bauer was an easy choice to make. Steve has exactly the right profile and personality to welcome our guests at races throughout the season, and with his vast knowledge of cycling he will be a great ambassador for BMC Racing Team,” Ochowicz said.

“Steve raced for 7-Eleven Cycling Team when TAG Heuer was a sponsor so it’s great to welcome Steve back at the same time that we welcome TAG Heuer back in cycling.”