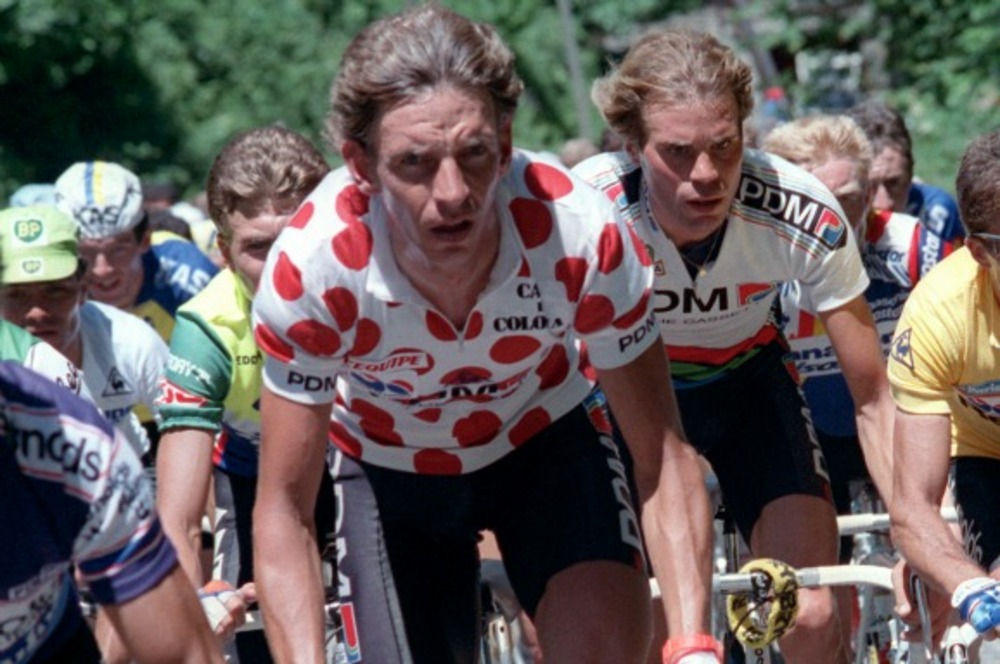 A belated happy birthday to Steven Rooks, who was born on August 7, 1960.

The Dutch rider is best known for finishing 2nd in the 1988 Tour de France behind Pedro Delgado of Spain, while also winning the Polka Dot Climber’s Jersey in that year’s race.

In addition, Rooks stood on the podium of the World Championship Road Race, finishing 2nd to Gianni Bugno of Italy.

As far as the Spring Classics are concerned, Rooks won the prestigious Liege-Bastogne-Liege in 1983.

Some of Rooks’ other notable victories include, the 1986 Tour de Luxembourg and Amstel Gold Race, a stage at the 1987 Tour de Suisse, the 1988 Züri-Metzgete and 1994 Dutch national championship.