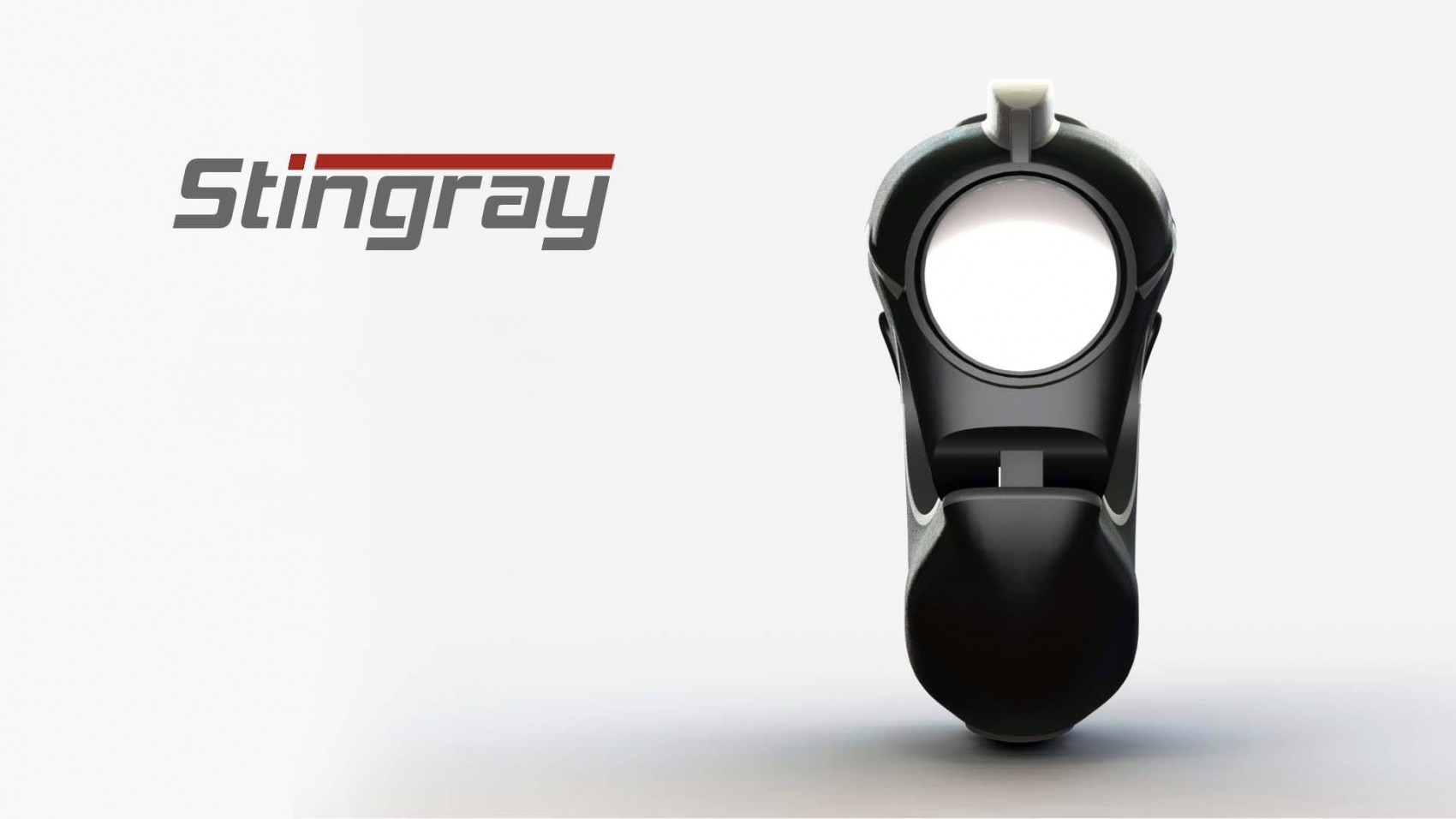 12 Oct 2016
By Gianni Pericolo - In LATEST ARTICLES, THE DOUBLE DIAMOND

After having his bike stolen, an electrical engineer in the UK came up with this novel invention that’s capable of performing double-duty as both a bike light and an alarm to thwart would-be bike thieves.

Controlled by its custom made FOB, the inventor says, “the Stingray is the simple way to help keep you and your bicycle safe. Join us in our mission to make better security more accessible to the everyday cyclist”.

At its core, the Stingray is a front bicycle light designed for urban cycling. Five operating modes (high, medium, low, strobe and flash) and a maximum output of 300 lumens offer a flexible lighting solution to meet one’s commuting needs.

To wit, “whether that’s making sure other road users can see you or illuminating a poorly lit side street – Stingray has you covered”. “Combined with its oval beam shape and internal lithium battery (rechargeable via USB) makes the Stingray the perfect urban cycling light.”

Inside the Stingray is a motion sensor, wherein an accelerometer and gyroscope are used by a highly optimized algorithm to continuously determine what is happening around your bike. According to the inventor, a few nudges here and there won’t be an issue, so you don’t need to worry about false triggers. However, too much movement and the 140dB siren will shock a thief dead in their tracks. As it’s positioned on the front handlebar it’s is very loud to the rider (… or thief).

Bicycle lights are designed to be easily removable and the Stingray is no different. Designed with a quick release mechanism that incorporates an internal electronic lock (patent pending), when the Stingray is used as a light or is disarmed, it can be easily taken on or off one’s bike.

When the Stingray is armed, the internal lock prevents the quick release clips from being pressed and ensures the Stingray stays firmly mounted onto your bicycle. The reinforced plastic case and tough doughnut shape make it impact resistant, so you don’t need to worry about the Stingray’s safety either. This means the Stingray guards both your bicycle and itself – no more stolen lights. In addition, the inventor is currently working on weather proofing the Stingray to IP67 standards.

In order to shed some light on his new device, the inventor has turned to a crowdfunding campaign on Indiegogo, which you learn more about here.