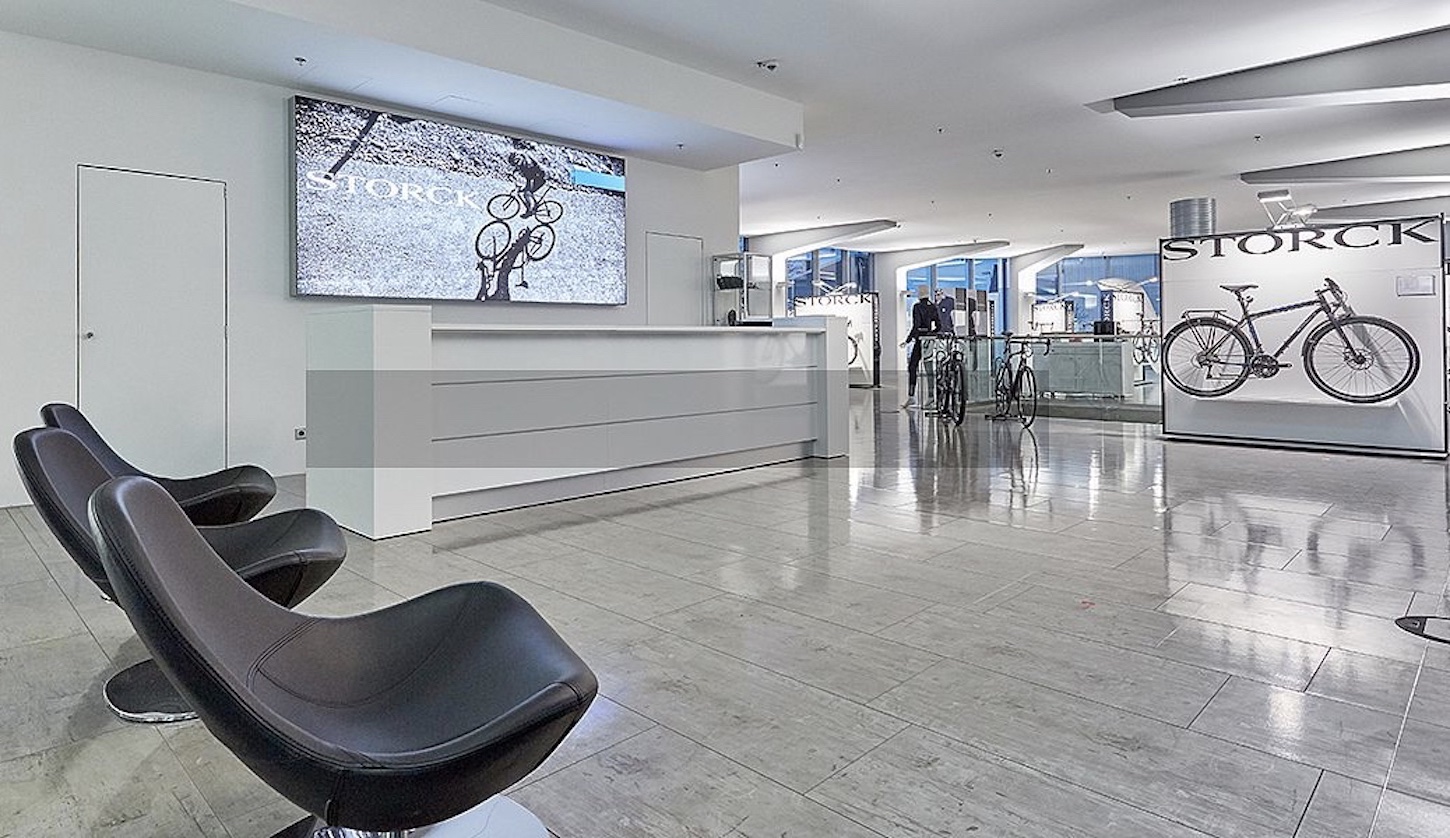 The full product range is now internationally available at the new Storck online platform www.storck-bikes.com. This means that in addition to Storck Bicycle sales through the Storck Store & Studio concept company founder and GM Markus Storck and his team are now offering end-consumers another attractive platform for purchasing Storck products. The only exceptions are those country markets where Stock Bicycle is represented by an exclusive distributor partner, like Cambrian Tyres Ltd. in the UK.

“The changing purchasing behavior of our customers in combination with an increasing shift towards online business, as well as the success of our Flagship Stores and Studios enables us to take this strategic step towards our 4.0 sales concept. With our online offering we significantly contribute to the price stability of our products in the market,” states Markus Storck.

Storck Bicycle’s 4.0 sales concept is aimed at providing customers a comprehensive local and online brand experience. It involves a step-by-step development of more Storck Stores and Studios in cooperation with IBDs. Storck expects its store & studio network will be expanded internationally. Customers can choose at any time if they want to pick up their new bike at one of the stores or studios or to have it delivered at their home.

But how will services such as for example warranty cases be handled internationally? According to Storck’s marketing manager Mario Kuban, “our stores & studios will take care of all the service and warranty issues, nationally or internationally. Otherwise the company headquarters in Idstein, Germany takes over.”

According to Storck Bicycle the online shop is launched with notable novelties and attractive prices. For instance, the new featherlight seven kilogram ‘Fascenario.3 Comp’ specified with Shimano Ultegra, a carbon seat post and handlebar will sell for only $2,99.99.

The flagship stores and studio offer consulting support and services such as measurement and seating position analysis, plus joint regional bike racing support. Storck said he believes deeply in what he calls the “look and feel” experience in connection with an online sales experience.

Storck currently has no exclusive importers in Canada or the U.S., and no dealers in Canada. Markus Storck said he is working to convince his existing North American IBD partners to open Storck Studios in their shops. He plans to personally visit ATA Cycles in Concord, Massachusetts, next month when the store will open the first official Storck Studio in North America. He said he is in talks with other IBDs in the U.S. and Canada about opening studios.

He said customers can choose to have their bikes sent directly to them or arrange to pick them up at a studio or store. Taking “possession of the new bike, which includes bike fitting, can be taken over a cup of coffee and during a congenial conversation. Fostering close customer relationships this way is one of the objectives of the new Storck 4.0 sales concept,” the company said in a news release.

According to Storck’s marketing manager Mario Kuban the stores and studios will act as the brand’s service hubs. The company headquarters in Germany will handle most warranty claims directly.