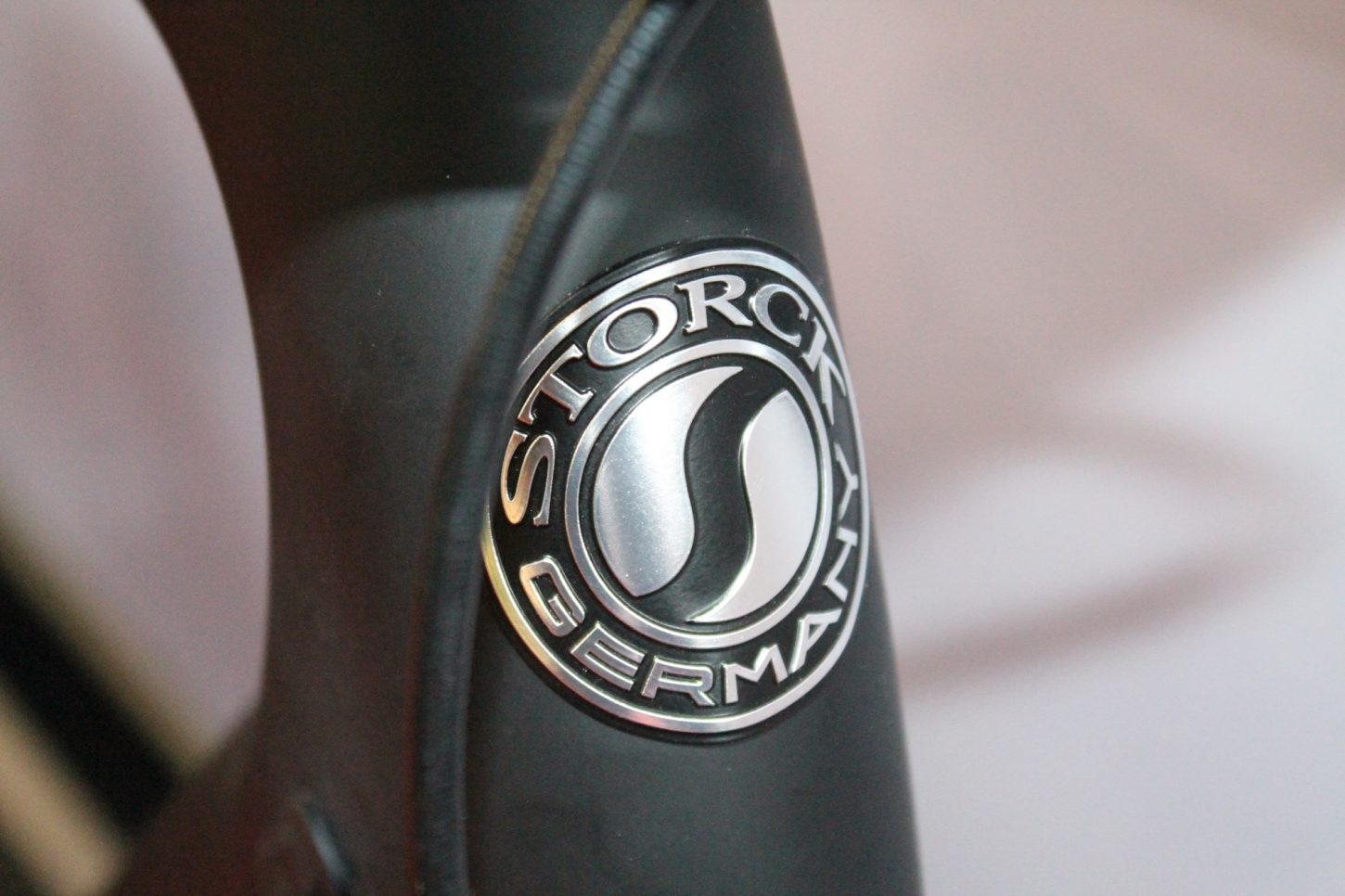 The Aernario 2 represents the latest creation by the man whose name adorns each bike, Markus Storck.

According to Storck, the Aernario 2 frame finds its way into the ultra-exclusive sub-700g category, weighing in at a mere 680g. In fact, Storck says, the Aernario 2 as a frameset tips the scales at less than 1000g, while the bike they had on display at the show that was built up with SRAM Red eTap and components from THM, weighed in at just under 12 pounds.

The Aernario 2 borrows key features from the Fascenario 3, such as its uniquely shaped seatstays and aerodynamically profiled D-shaped seatpost.

The Aernario 2 has been limited to just 53 framesets, a number that may very well coincide with Storck’s age.

You better be prepared to shell out some serious deutsche marks, as the Aernario 2 carries a whopping price tag of $18,000.00.