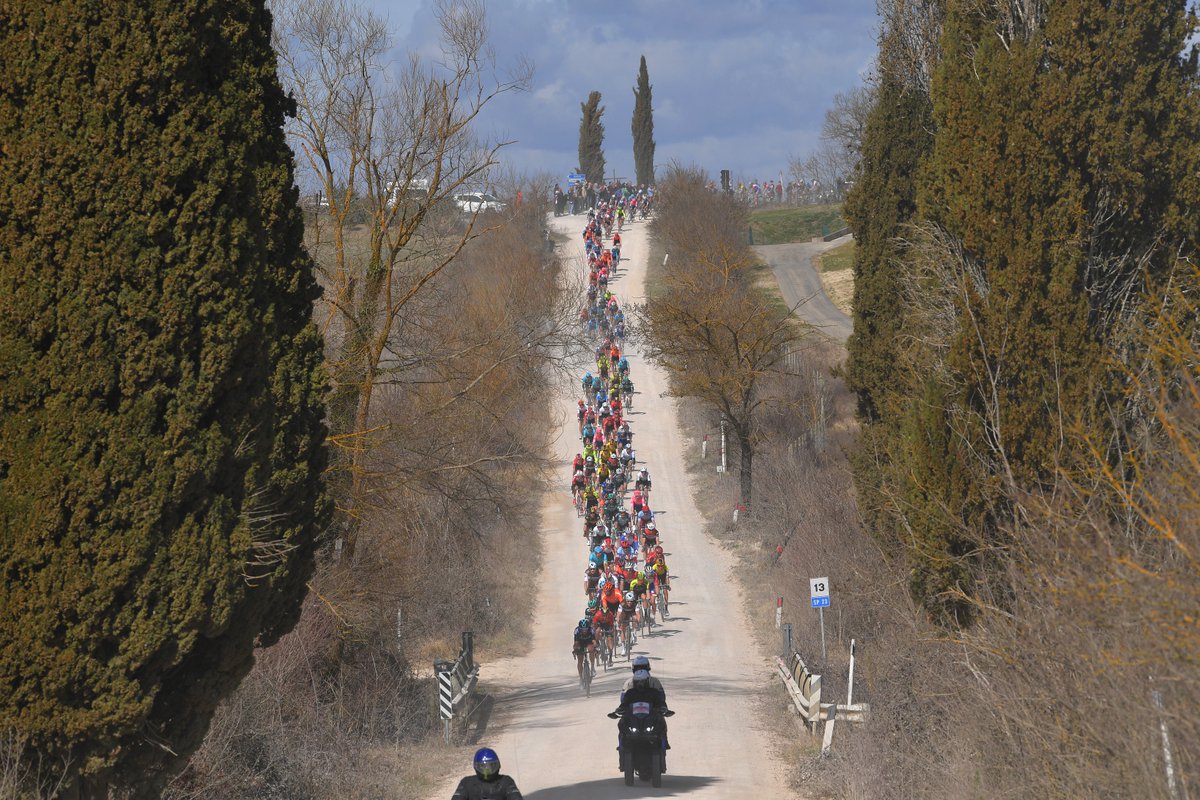 With 22 kilometers to go, Jakob Fuglsang (Astana) commenced an attack along the final three sectors of the race that was closely marked by Alaphilippe and Wout van Aert (Jumbo-Visma).

From there, Fuglsang continued to keep the pace high, attacking again on the penultimate gravel sector with 19 kilometers to go.

Van Aert was subsequently dropped from the trio, while Fulgsang and Alaphilippe proceeded to play a game of cat and mouse on their way into Siena.

Behind, Toms Skujins (Trek-Segafredo) attempted to bridge to the leaders, followed by Simon Clark (EF-Education First) to no avail.

Alaphilippe and Fuglsang continued their game of cat and mouse with 4 kilometers to go.

Meanwhile, van Aert was inching his way back to the duo, who was now within 17 seconds.

With less than 2 kilometers remaining, the leaders were still clinging to a 10-second gap. However, at the base of the final climb van Aert was able to close the gap and sail past his two rivals in time-trial mode.

Alaphilippe was the first to respond, while van Aert continued to set the pace. But, it wasn’t long before the Belgian rider fell foul to fatigue, allowing Fuglsang to come around him first.

Allaphilippe was quick to respond to his Dutch rivals aggressions, overhauling Fuglsang during the final run-in to the finish to snatch the victory.