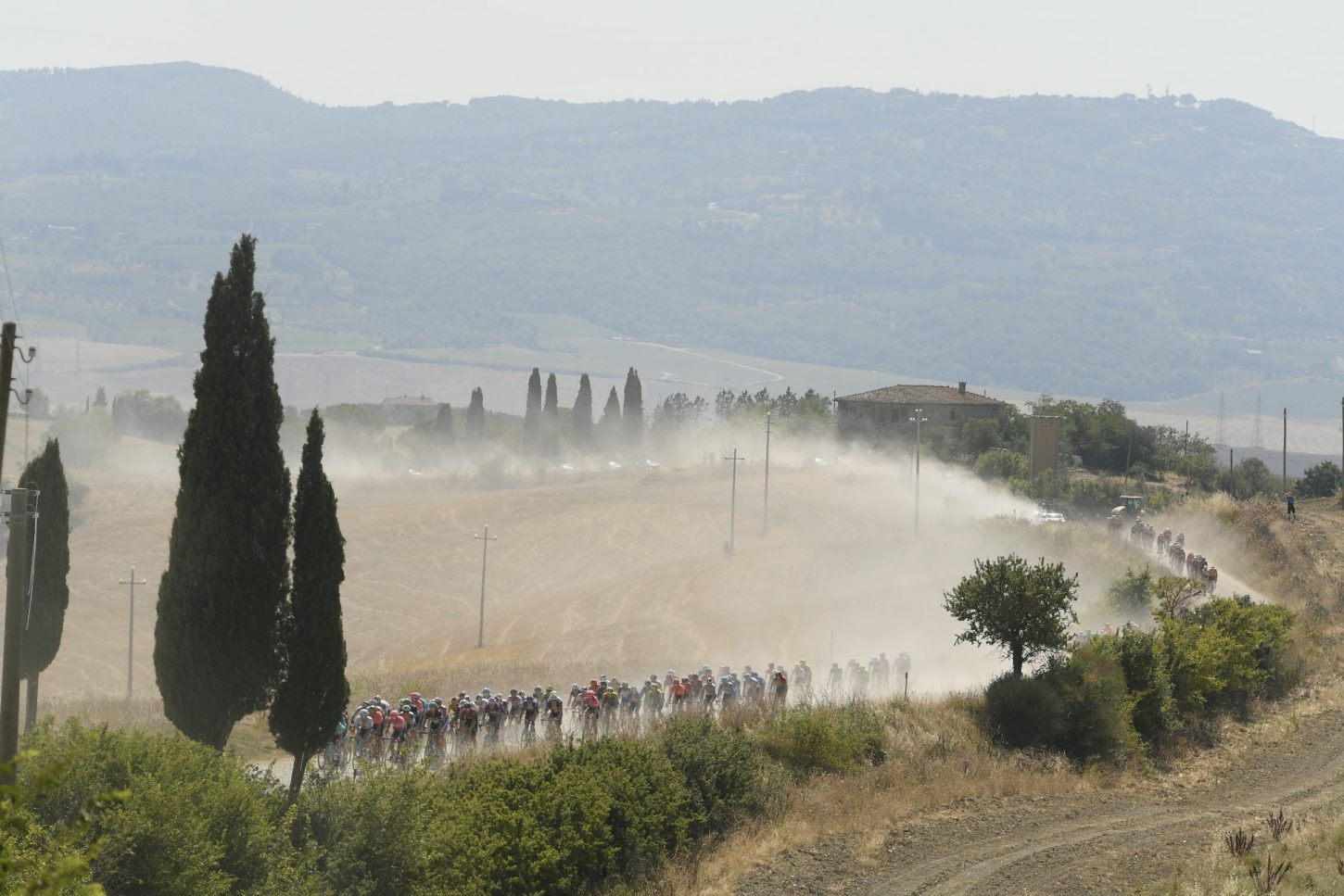 The former cyclocross racer drew on all of his off-road expertise to commence a solo attack along the final sector of gravel road, breaking clear of an elite group of riders including last year’s runner up, Jakob Fuglsang (Astana).

Van Aert was part of a group of six rider who managed to breakaway from the peloton after a frenetic series of attacks with around 65 kilometers to go. He and Fuglsang were later joined by Greg Van Avermaet (CCC Team), Formolo, Alberto Bettiol (EF Pro Cycling) and Schachmann.

After a series of attacks and counter-attacks, Van Aert soloed away with 11 kilometers to go, while the chasing pack had been reduced to Schachmann, Fuglsang, Formolo and Bettiol, who failed to rein-in the Jumbo-Visma rider.

In the end, it was the Italian Formolo who finished second behind Van Aert with Schachmann in third.

Van Aert is the third Belgian to win Strade Bianche after Philippe Gilbert in 2011 and Tiesj Benoot two years ago in 2018.

Last year’s winner, Julian Alaphilippe (Deceuninck Quick-Step) failed to make an impression on this year’s race, with his teammate, Zdenek Stybar, left to carry the flag for their team.