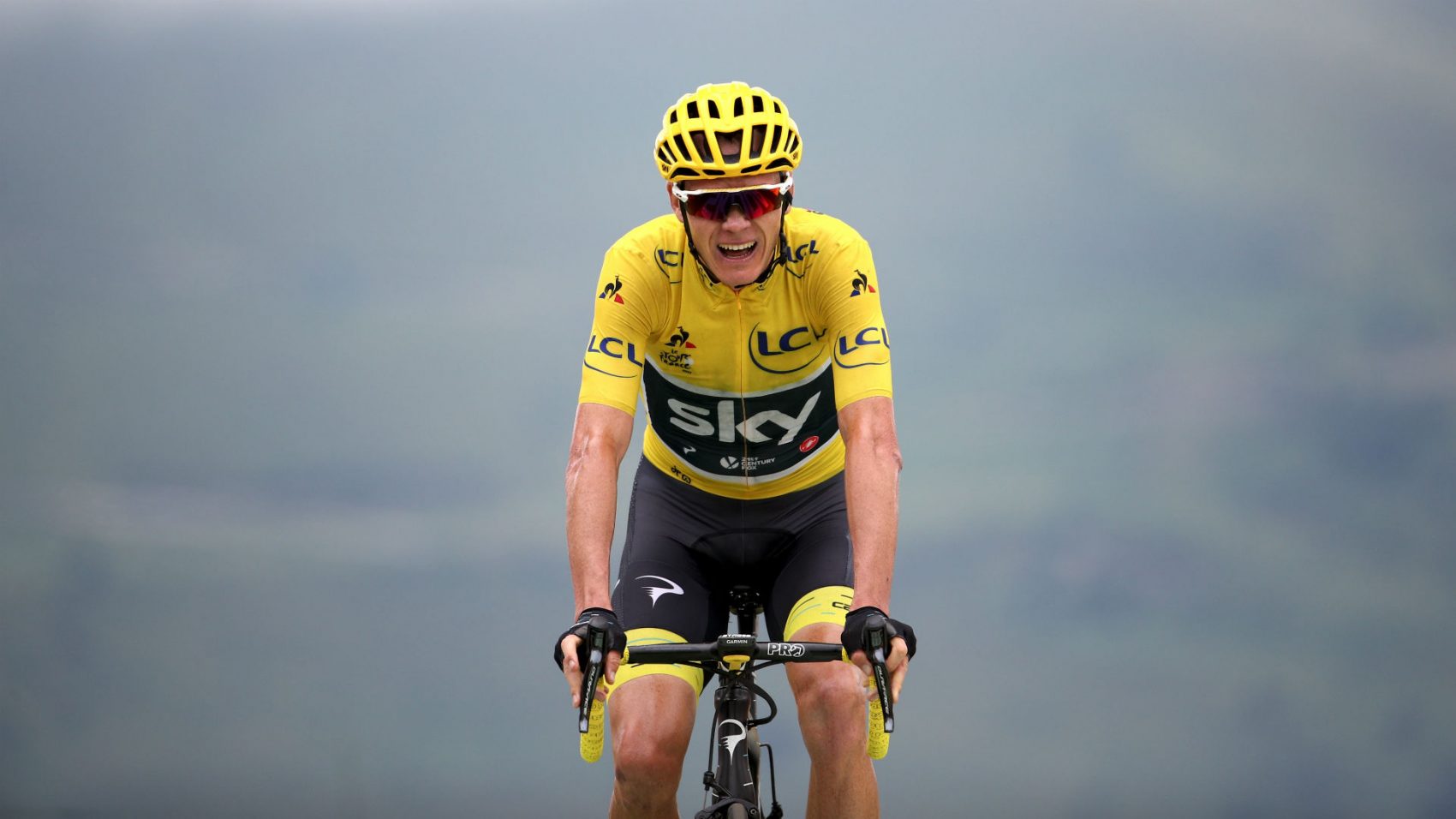 There’s talk that race organizers for the Tour de France are considering barring Chris Froome from this year’s race if his Salbutamol case isn’t resolved in time.

The four-time winner of the French Grand Tour returned an adverse finding for the asthma drug Salbutamol during last year’s Vuelta a España last year which the British rider won. However, Froome has continued to deny any wrongdoing, while he continues racing this season, as is his right under the World Anti-Doping Agency’s rules, while his team of lawyers and scientists work on an explanation for the adverse sample that which contained more than twice the allowed dosage of the drug.

Froome’s Team Sky acknowledged yesterday, that his final warm-up race for his first big target of the season, the Giro d’Italia, will be the Tour of the Alps, a five-day race in Austria and Italy that starts on 16 April. The Giro d’Italia organizers have said they are powerless to stop him from participating in their race and the new UCI president, David Lappartient, has confirmed that Froome’s case will not be heard before the race starts on 4 May. But two senior cycling sources have indicated that the organizers for the Tour de France, The Amaury Sport Organization (ASO), has more discretion on whom it registers for its event and has no intention of letting a rider facing a potential anti-doping violation hanging over him to participate.

ASO say, they feel confident they could resist any legal challenge from Team Sky as it has clauses in its rules about safeguarding the image of the race.

According to its rules, the UCI could also suspend Froome but Lappartient said earlier this week, that it did not want to do that. “It’s possible and it’s true that we have this power.” “But for salbutamol, it’s never been done, and we have to respect the rights of Chris Froome. It’s not possible to have a specific treatment for him.”

Lappartient was also went on record saying, “I think it’s the UCI’s job to deal with this matter,  not the race organizers. But some of them are worrying about the consequences of this situation for their race and they wonder if they will have to try to refuse a rider. We hope that won’t happen and this is resolved quickly, so the organisers don’t have to do this. It’s not their job, it’s more a job for the UCI, Wada [the World Anti-Doping Agency], Cas and so on.”

ASO declined to comment on the specifics of Froome’s situation, noting they hope for a “fast outcome” to his case.