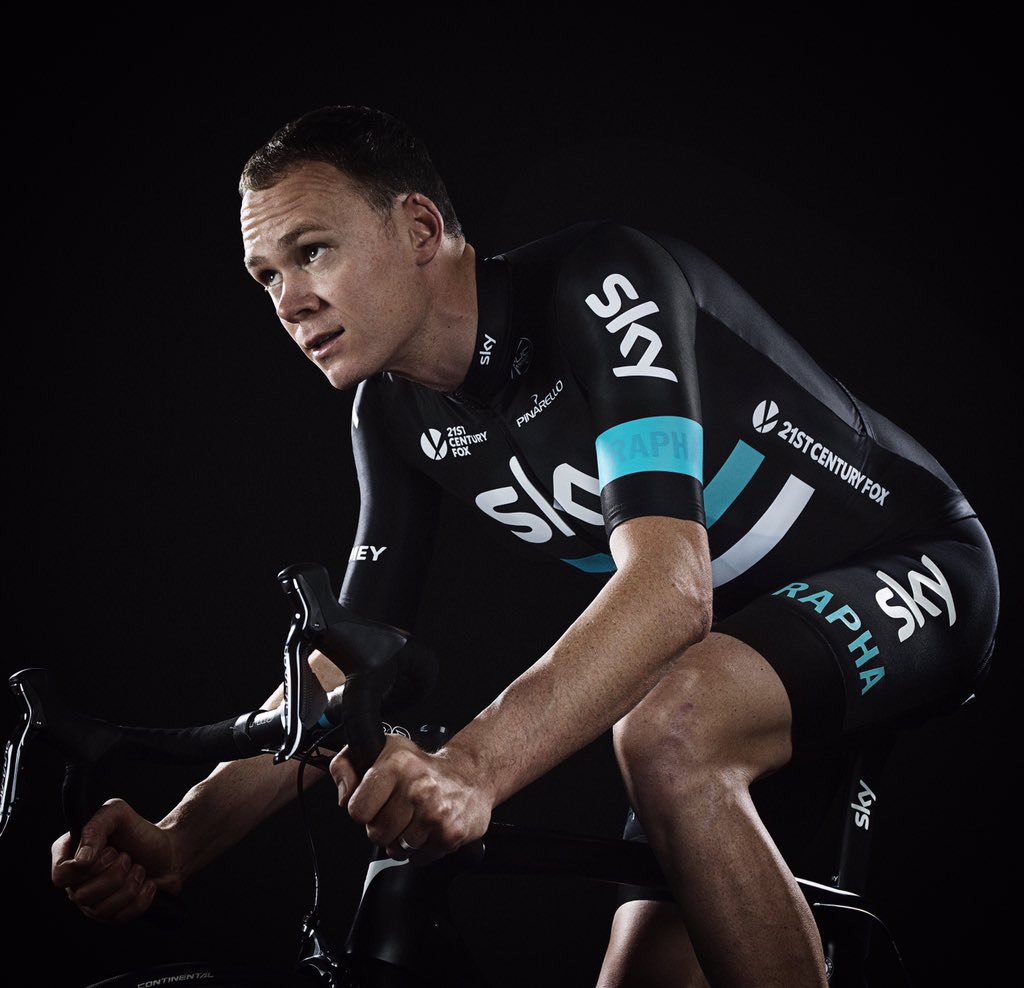 After months of design work with Rapha, Sky officially unveiled its new team kit for 2016 today.

Some of the obvious additions to the new kit, are the horizontal blue and white stripes on the front of the jersey below the Sky logo, along with Rapha’s logo which has been added to the left leg, in place of the previous blue stripe.

In addition, Sky also unveiled the design of Peter Kennaugh’s British national champion’s kit, which pretty much carries over the same horizontal red, white, and blue bands across the mid-riff, as this year’s jersey.

“The feedback we get from the riders, especially our new signings who have already tried it, is that it’s the best performing kit in the peloton,” Rod Ellingworth, Team Sky’s Coach and Performance Manager said.

“They all say how smart they feel in it too. Working closely with Rapha ensures that we have the best fitting, fastest, and comfortable racewear out there.”

The countdown is finally over and we’re delighted to unveil the new Team Sky kit for the 2016 season.

The racewear has been developed by Rapha to stand out in the peloton and features a bold new design which is the result of months of development and testing. The riders will be wearing cutting-edge fabrics, beautifully crafted to provide speed and comfort.

The kit has been given the thumbs up from staff and riders alike, with Performance Manager Rod Ellingworth confirming: “The feedback we’ve got from the riders, especially our new signings who have already tried it, is that it’s the best performing kit in the peloton.

“They all say how smart they feel in it too. Working closely with Rapha ensures that we have the best fitting, fastest, and comfortable racewear out there.”

The updated graphics were born from our desire to stand out in the pack whilst retaining the elegant black and blue kit we’re known for. There was only one thing that needed to stay consistent, the feature that sets us apart from the competition – the famous blue line which still appears on the rear of the jersey.

Out of the black and into the blue

With a new shade of blue that stands out better against black, our riders will be able to pick each other out more easily during races, as will the fans on the roadsides and those watching on TV. The new blue will also be used on our bikes and equipment.

For the biggest change, Rapha have added a pair of stripes across the chest of the jersey, a style which echoes their Brevet collection. Distinctive, but understated – a style which breaks from the norm in a peloton of loud jerseys.