The Bicycle Helmet Reinvented with Wood 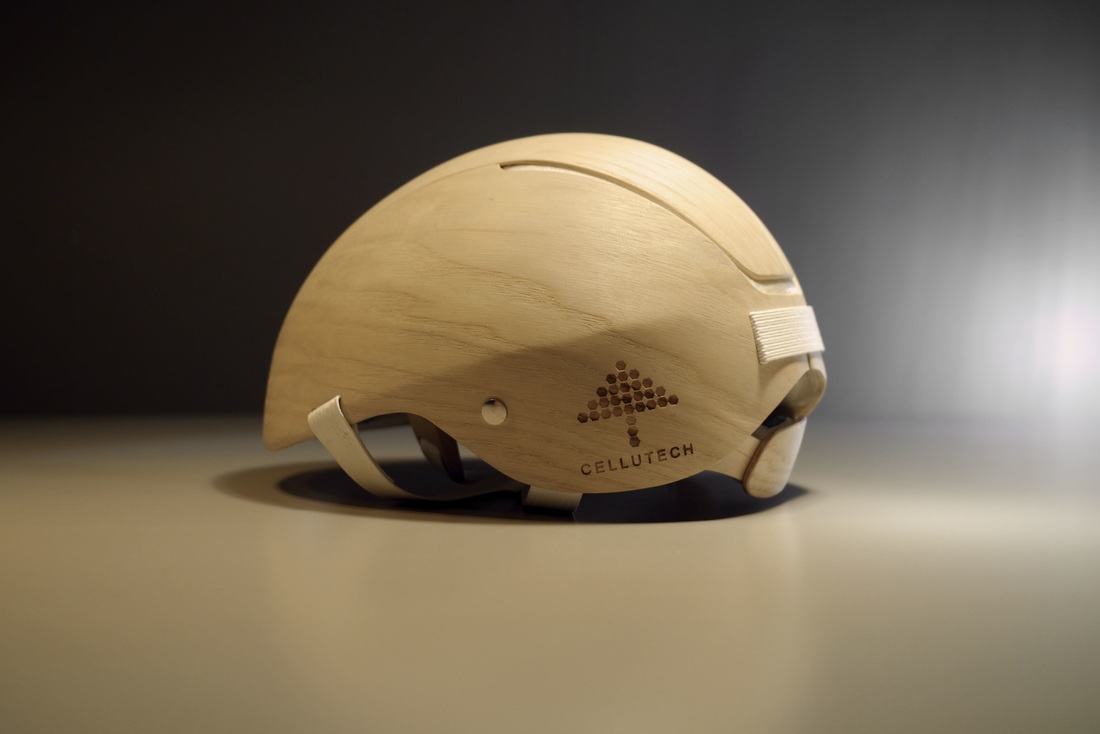 19 Jan 2016
By Gianni Pericolo - In LATEST ARTICLES, THE DOUBLE DIAMOND

The same designers that created the far-out air-bag helmet a couple of years ago called, the Hövding, are once again trying to reinvent the bicycle helmet again, only this time with wood.

“But even better, it is from a totally renewable resource—something that we can produce from the forest,” Wågberg says.

Trademarked under the name, Cellufoam, the material was developed by Wågberg together with Lennart Bergström, professor in Material Chemistry at Stockholm University, and Nicholas Tchang Cervin, a former PhD student at KTH, in theWallenberg Wood Science Center (WWSC).

The helmet was produced by Cellutech, a Stockholm startup that specializes in cutting edge materials made from wood, in conjunction with the Swedish Forest Industries Federation´s Ekoportal2035.

“There are wood helmets out there, but what is unique here is that this one is made totally out of forest products—nothing else. The outer layer is veneer, the straps are made from extra strong paper, and then the foam is made from cellulose fibers,” Wågberg says.

The helmet concept is intended to draw attention to the possibilities of using wood cellulose as a sustainable alternative to Styrofoam and other foams from synthetic polymers. Wågberg says the last five years of Cellufoam research has been funded by the WWSC and Cellutech with the confidence that it will become possible to take the material to market on a cost-effective scale in a not-too-distant future. WWSC is a joint research center between KTH and Chalmers University; it is hosted at KTH and financed by the Knut and Alice Wallenberg Research Foundation.

Sweden certainly has the resources to support the commercial ambition for wood-based materials. “The Swedish forest industry is planting more trees than we harvest,” Wågberg says.

The production begins with wood cellulose nanofibers, or fibrils, which are modified and mixed with a foaming agent water and air. Through the process of Pickering stabilization, these particles stabilize the air-bubbles in a way that is much better than by using simple surfactants, he says.

While the Cellufoam is being showcased as a bicycle helmet material, Wågberg says that by using different surface treatments and combinations with other material components, it could also be suitable for flame retardant materials, water filtration and antibacterial material.

“It’s really up to the imagination,” he says. “In my experience, things like this wind up being used in ways you never expect.”