The Cycling Art of Toby Ward 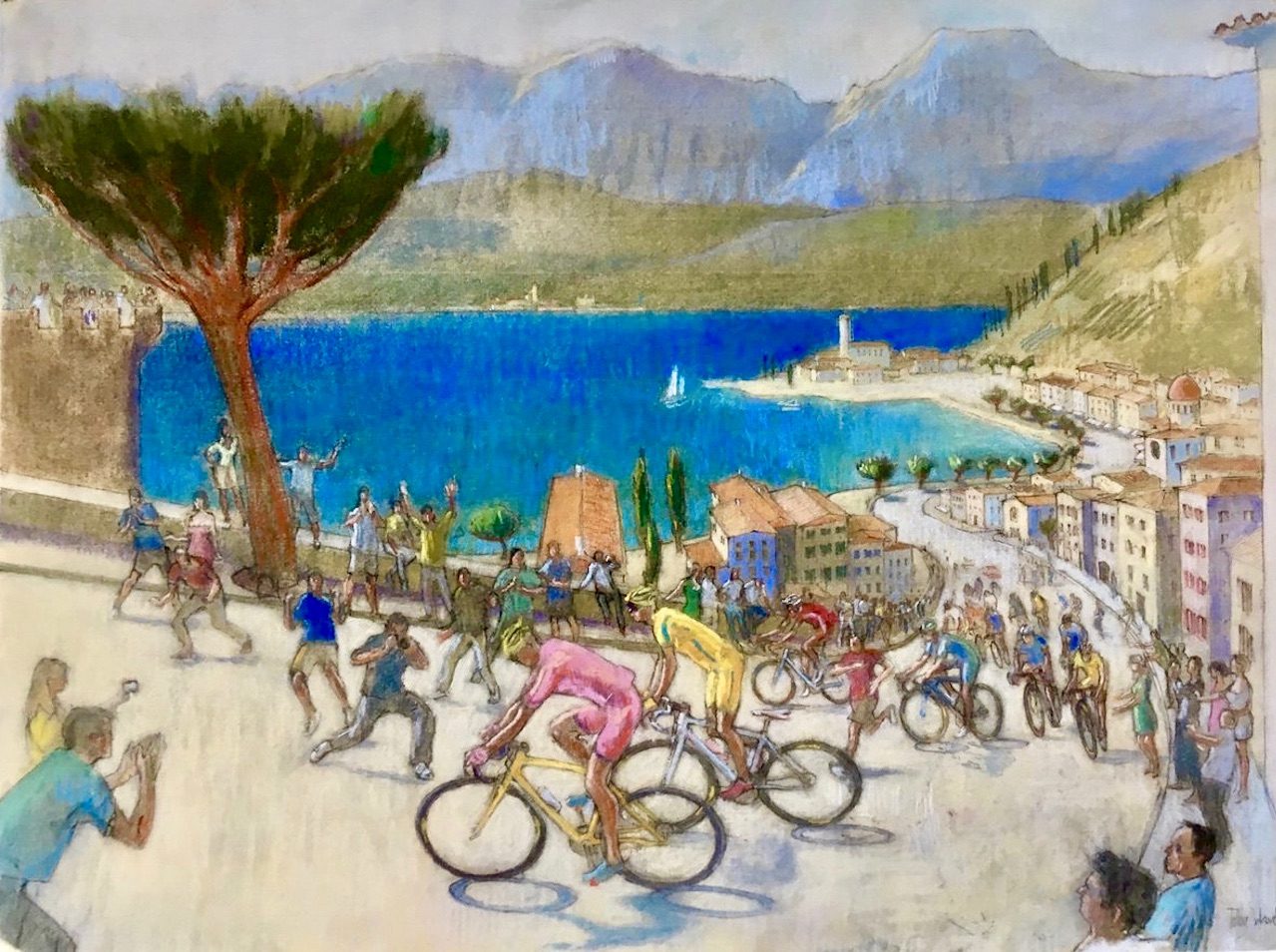 When I first came across Toby Ward’s cycling art, had it not been for the simple fact that it depicted the modern-day cyclist, I would have been convinced that I was looking at the earlier works of Ernest Proctor, and perhaps even Charles Meere.

Interestingly, when transitioning to other mediums like portraits, Ward’s paintings conjure thoughts of early Twenty-Century British painters like Meredith Frampton, further demonstrating his skill and diversity as a contemporary artist.

According to Ward, he’s both a painter and draftsman primarily of people, regaling his subjects upon the canvass in both formal pose, as well as going about their every-day life.

Before setting out on his own, Ward worked as artist in residence at St.Martin-in-the-Fields, the Mercers’ Company and the Athenaeum. He also travelled as a recording artist with HRH The Prince of Wales.

After serving six years in the British Army, Ward continued his studies at City and Guilds of London Art School, where he won the prestigious Richard Ford Travel Award to study in Madrid.

In 1995, Ward spent a month working with the United Nations Peacekeeping force in central Bosnia, committing the life and work of soldiers to paper in a series of special drawings.

Also during the 1990s, Ward made a series of drawings in two volumes for the National Trust recording the conservation of Chastleton House in the Cotswolds. This led to a commission to make drawings and watercolors of the Royal Opera House, Covent Garden before and during its redevelopment in the late 1990’s. The Ritz Hotel also commissioned a series of paintings of all aspects of life at the hotel from the kitchens to the gymnasium, which now decorate the lifts in the hotel.

Additionally, Ward also made drawings of well known visitors to the UK including President Clinton’s visit to Oxford University in 2001 and Archbishop Desmond Tutu preaching in London.

After leaving art school, Ward focussed a bulk of his attention on portraits. Among a number of significant commissions have been portraits of HRH The Duke of Edinburgh, Lord Rothermere and Sir Sidney Kentridge.

In 2005 he painted the portraits of two soldiers in southern Iraq for the Royal Welch Fusiliers.

Alongside Ward’s commissioned paintings there’s a body of exhibition work, which capitalizes on both his drawing and painting skills to capture people and places in a less formal setting such as his cycling art.

“My enthusiasm for cycling is represented in these pieces, which transform my observations of cyclists in Tour de France and Giro d’Italia style races to canvass,” explains Ward.

These works have been shown in popular exhibitions such as the Arndean Gallery, Avery Contemporary Art and the Catto Gallery, where his cycling art was on display in recent years.