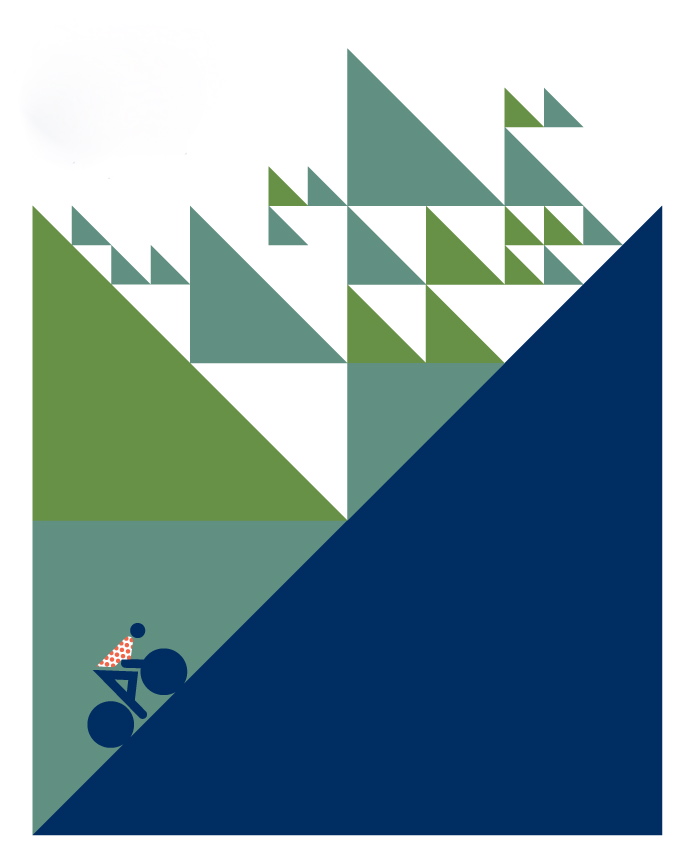 There is a great opportunity to tap into the true entertainment and financial potential of men’s professional cycling, and turn it into a modern, 21st Century sporting league. But first, the sport needs an injection of new ideas, new capital, and a transformative restructuring. As detailed in a new Business Plan – which The Outer Line has been developing over the past six months – the party which is able to help pro cycling complete this grand journey will not only revitalize a proud and beautiful sport, but will also stand to make a very attractive financial return on its investment.

Pro cycling’s problems and challenges are immense. The sport has suffered from a nearly endless string of doping scandals which have tarnished its public reputation, turned off fans, and scared away potential sponsors. The sport’s lack of a powerful central organizing body has led to an uncoordinated and lengthy calendar, overlapping events, a constantly changing team structure, and a highly uncertain financial situation in which individual races and teams constantly clash for limited sponsorship dollars. Despite the sport’s heavy reliance on such commercial sponsorship for its financial stability, significant global sponsors have largely been absent, due both to the sport’s poor reputation as well as its unsophisticated marketing approaches.

Furthermore, pro cycling’s disorganized and feudal business model has left it unable to negotiate consolidated media rights packages. Television revenues, which have been so critical in the growth of many other professional sports, have been very minimal here. Finally, the business of pro cycling has been largely run by ex-cyclists, many of whom have little business acumen or training. Poor business decisions have often been made, to the detriment of the entire sport, and an entrenched management culture remains generally afraid of change.

We are not the first to suggest a radical transformation of the sport. In fact, several attempts have been made over the past 20 years to modernize cycling and create a truly global, fan-friendly, and profitable venture. But none of these past efforts have succeeded – for two key reasons. First, they have not really provided any viable solution to the fundamentally flawed economics of the sport. Second, they have not resolved the long-standing (and now once again simmering) differences between (1) pro cycling’s governing body, the UCI, and (2) the most successful brand in race promotion – the Amaury Sport Organisation (ASO), which owns the Tour de France and many other key race properties.

This is the heart of the matter. The UCI is the international federation for the sport – not the “league owner” that it has often wanted to be; it does not have the financial and management resources or the political charter to play this role. Furthermore, because it oversees eight individually different cycling disciplines, from the top professional ranks right down to the local amateur level, it is virtually impossible for the UCI to spend the time and focus needed to reform pro road racing. The ASO, on the other hand, has evolved to control nearly all the meaningful revenues in the sport; it is really the only organization in cycling with the financial and political power to enact sweeping change. Yet, it does not seem inclined to utilize this power and strategic position to drive a true transformation of sport. By all indications, the ASO appears to prefer the status quo – essentially controlling a small sport, rather than becoming a major shareholder in a much larger enterprise. As long as these two parties are focused only on their own short-term and self-serving objectives, the sport will suffer. Pro cycling must find a way to move beyond this impasse.

Fortunately, this challenge is not impossible to overcome, because the sport has maintained a resilient popularity. It has been estimated that 3.5 billion people around the world watch parts of the Tour de France, making it the third most-watched sport in the world after soccer and the Olympics. This international fan base could expand significantly if the sport was properly marketed and more widely televised. With a few significant structural changes and some experienced business executives to manage it, pro cycling could flourish – bringing much greater growth and profitability to teams, organizers and athletes. Until there is central ownership and control, and the economic incentive provided by stronger media rights and revenues, the financial challenges of pro cycling will never be solved.

This Plan proposes a series of bold reforms to overcome these challenges and the seemingly continuous stalemate between the UCI and the ASO. It then lays out a number of specific steps by which a new investor could acquire the ASO cycling properties, combine them with the RCS Sport events and other top cycling properties, and quickly consolidate the top level of the men’s sport into a single privately-owned and controlled entity – tentatively named the International Professional Cycling League (IPCL). We envision a major consolidating investment and restructuring effort similar to the 1980s reinvention of Formula 1 racing.

Once established, the IPCL would finally be able to stabilize the financial challenges of pro cycling – by cleaning up the sport’s image, making long-needed governance and competitive changes, attracting major global sponsors back into the sport, and consolidating the marketing and distribution of the sport. More specifically, over an initial two-year period, the IPCL would undertake the following key tactical steps:

-Restructure the competitive race calendar into a coherent, 7-month schedule of approximately 20 key events – boosting the “scarcity value” of    the sport by focusing on fewer but more important events raced by a smaller number of more elite athletes

-Refocus the competitive goals of the pro calendar, and offer significant prize money to shift the fan focus to season-long team and individual championships

-Aggregate the new league’s television and media marketing rights to create a quickly growing and more sustainable base of revenue, and help the sport grow more quickly.

In short, the IPCL would build an independent, self-governing and more economically-sustainable premier league sport, with a more diverse and growing fan base. It would take what has too often been a negative and downwards spiral in pro cycling, and transform it into a positive and self-reinforcing upwards trajectory of opportunity and profitability. There is virtually no publicly-available financial information for pro cycling because all of the major events and teams in professional cycling are privately owned. However, based upon the available research and discussions with existing and previous race organizers and industry executives, this plan develops a set of financial assumptions and sets forth a financial forecast for the IPCL opportunity. Based upon a simple ten-year financial model, it is estimated that the IPCL opportunity can yield to the new investor an attractive 19% internal rate of return, with a net present value of $66 million, even when discounted at a risk-averse rate of 15%. For an initial investment of approximately $400 million, it is projected that the new league would generate rapidly increasing profits which reach in of excess of $100 million by Year 5. And – similar to many other sports – a significant portion of these profits would be shared with the teams to help stabilize the economics of pro cycling.

Although the plan’s financial forecasts are necessarily rough estimates, there is little doubt that the opportunity to transform professional cycling, if implemented correctly, can offer investors a very attractive rate of return. In addition to the purely financial opportunity, the changes envisioned in this plan will help to clean up the public image and restore the legitimacy of professional cycling, and lead to a stronger, more competitive and more exciting sport in the future.

As in any business endeavor, there are possible risks. The cost to acquire various race events could be higher, projected TV and sponsorship revenues might not accelerate as quickly as projected, or it might take longer to correct the anti-doping problems in the sport, which could delay the attraction of major global sponsors. Riders and teams may object to the smaller number of initial teams, and race organizers will object to the shortened calendar. Virtually everyone in the sport will find something not to like about this plan, because it significantly reshapes nearly all of cycling’s long-held traditions and conventions. The IPCL should not let these concerns distract it from the more fundamental business direction; it should hold to the conviction that the overall sport will be much better positioned for the future once these proposed changes are actually made.

There are also political risks. The Tour de France is a major cultural institution in France. There may be some concern that in one way or another, the government of France might somehow act to discourage any sale of the ASO assets. There may also be a concern that a sale of the ASO properties could jeopardize certain informal operating synergies or certain types of “hidden subsidies” – like discounted charges for the national police force used for course marshaling and crowd control, or for use of public roads, which might not carry over to any non-ASO business entity. However, changing ownership would not necessarily imply a major financial impact, as it would be in all parties’ interests to continue those beneficial relationships.

Assuming that these risks can be managed, this Business Plan demonstrates that there are potentially huge opportunities inherent in this consolidation strategy. Pro cycling is a tremendously popular sport but one which needs to be pulled into the present. Die-hard fans have always been there, but a new, more interesting, better marketed and more widely televised sport could bring in millions and millions of new cycling fans – and proportionately increase the sponsorship interest, financial stability, and general upside of its business. A more coordinated and tightly-managed professional racing league, under the control of a single entity, can revitalize the competitive nature of the sport and make it considerably richer and more economically sustainable than it is today. If it chose to do so, the ASO could force the implementation of this type of plan itself at far lower cost – since it already owns many of the key events. However, if the ASO is not interested in implementing this type of plan, then some other party must try to seize the opportunity now.

To download a PDF file of the full 30-page IPCL business plan document – complete with the proposed race calendar, a time-task chart, appendices and a full financial model – please click below.