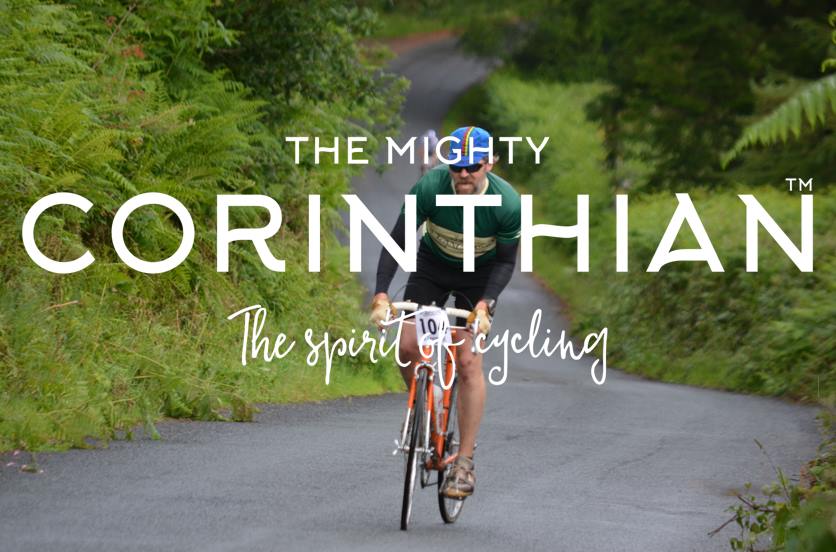 Touted as being the world’s longest retro cycling event at 301 kilometers, The Mighty Corinthian is a one day event that harkens back to the “golden era” of cycling.

The inaugural event takes place in the southern part of the UK’s Lake District, on June 25, 2016, one week after the popular L’Eroica Britannia, which annually attracts more than 3,000 cyclists to its three-day festival. And, just as L’Eroica, it’s only open to cyclists riding pre-1987 bikes.

The Might Corinthian will start and end in Ulverstone, with riders expected to take between 12 and 18 hours to cover the route which takes in Coniston, Ambleside, Thirlmere, Keswick, Caldbeck, Hartside, Appleby, Ullswater and Kirkstone.

Event director Alan Brenton says, “We were looking for a fourth event to complete our annual calendar. We like our events to be distinctive, special and we were struggling for a concept.

“Around the same time I read Tim Moore’s Gironimo followed by William Fotheringham’s Fallen Angel and the seed was sown.

“I started to think about how we could create a very different retro event, one which was all about a classic ride and less about the festival.

He added: “We’re developing a reputation for events with high levels of support and great food, where fun and friendship are more important than speed. So, there will be at least five food stops with real, quality food matching the time of day.

“We’ll have quality vintage hire bikes and great on-course support. We want people to succeed, so we’ll do everything we can to get you around – the rest is up to you!”