The Musical “Bike Shop” Returns to the Stage 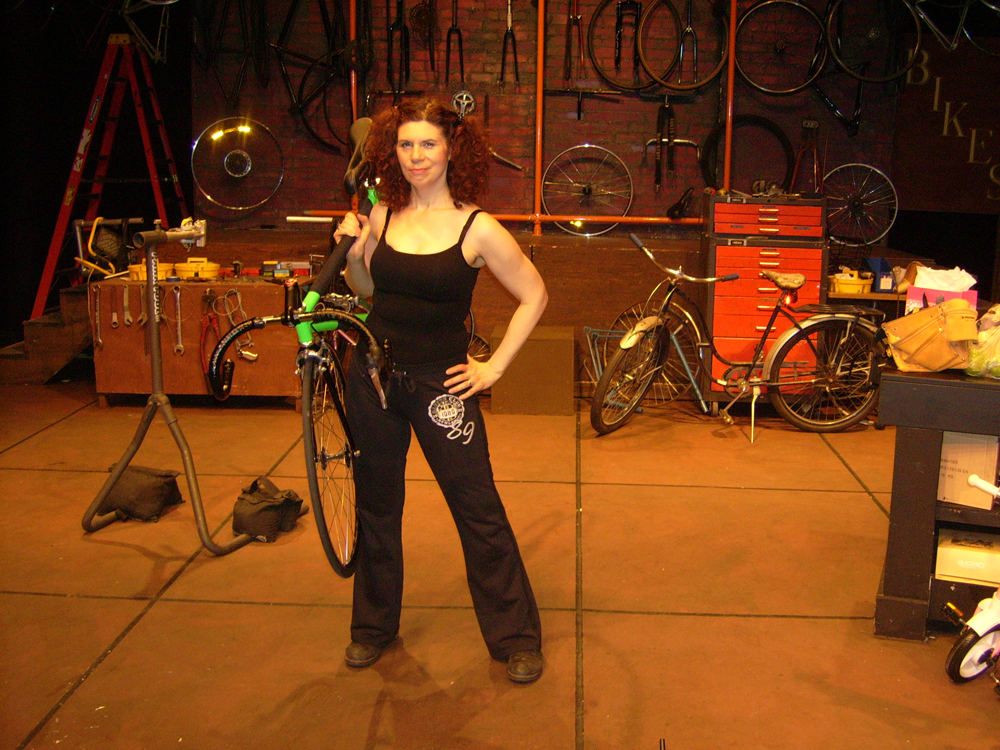 The setting of a Brooklyn bike shop, will one again return to the stage next month, as the Theater For The New City presents Bike Shop.

The play was created by actress and former shop owner Elizabeth Barken, and is being directed by Gretchen Cryer.

The latest performance has an updated scrip, along with a new character.

In the musical, Barkan tells the story of three generations of characters as she builds and fixes bicycles on the stage.

In the spirit of cycling, Bike Shop encourages cyclists to ride their bikes to the theater and park them on stage as a part of the show.

The show will be performed Thursdays through Saturdays at 7 pm and Sundays at 3 pm from September 11 to 27.