The National Bicycle “Flyer”: The Early Ancestor to the Modern E-Bike 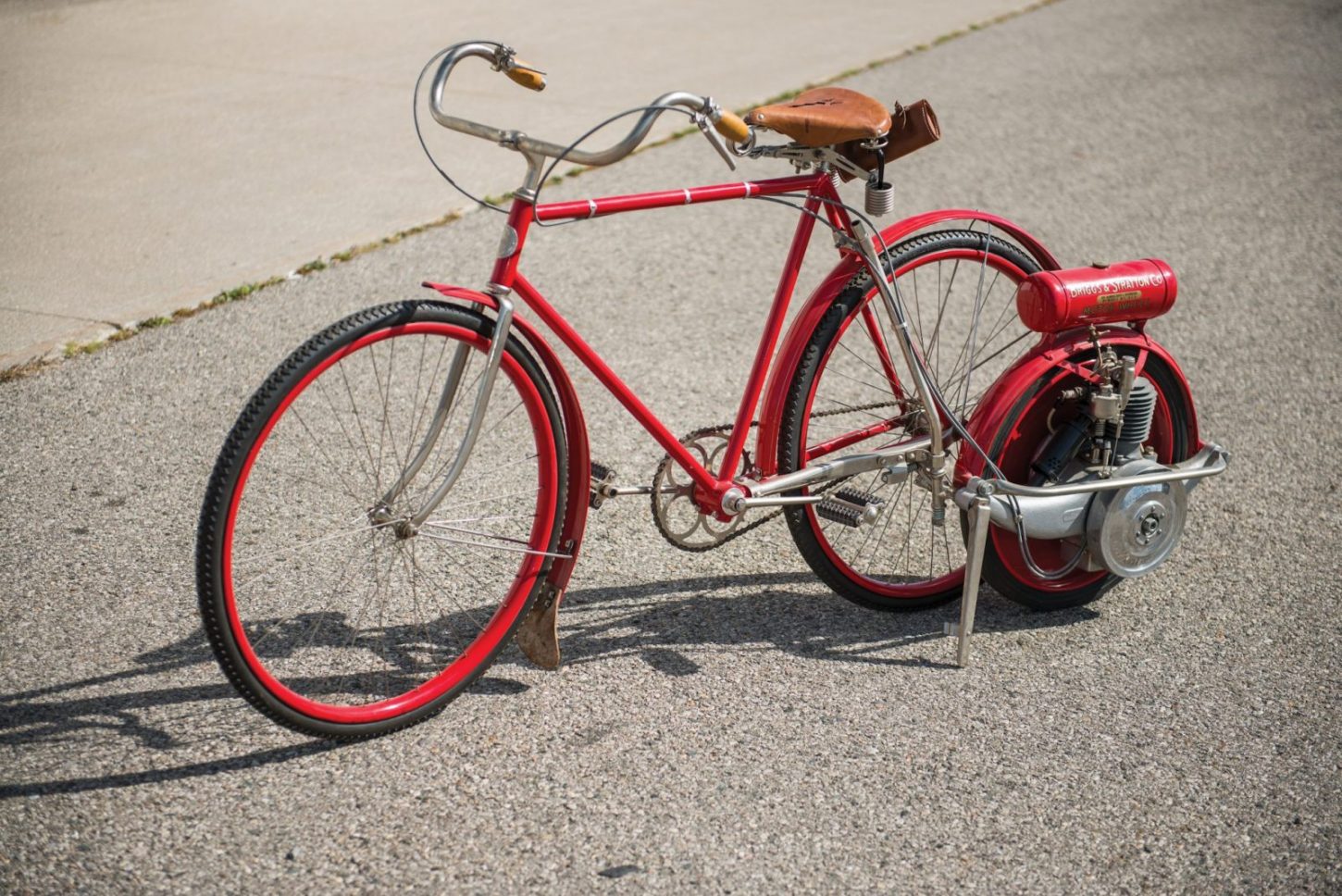 While the e-bike segment continues to flourish, with electric-assisted bikes of every denomination cropping-up in the marketplace, despite all political, social and environmental taboos, credit for this transportation modality must be given to the very first gasoline powered bicycles of the early Twentieth Century.

A good example of this is the Briggs & Stratton powered National Bicycle Flyer, which was the culmination of the Milwaukee-based A.O. Smith Company’s continuation of the motorized wheel concept that was first patented by the British inventor Arthur William Wall in 1910.

After a few small improvements to Wall’s design, the A.O. Smith Company introduced its first motor wheel powered bicycle in 1914, which was capable of reaching speeds in excess of 25mph with a range of more than 80 miles on a tank of gas.

While, these figures may not sound particularly impressive by today’s standards, the motorized bicycle represented a revolution in urban mobility during the 1910s. And, along with cars like the Model T and early motorcycles, it contributed heavily toward the reshaping of transportation in America cities and beyond.

In 1919 the A.O. Smith Company sold the rights to its motor wheel to the Briggs & Stratton Company, who modified the design before putting it into production, wherein an increased bore-size and stronger internal parts gave the new version double the power output of the original by a mighty 2 horsepower.

Shortly thereafter, Briggs & Stratton began pairing its motor wheel with companies like National Bicycle, which led to the creation of motorized bikes such as the Flyer.

The Flyer proved to be a commercial success for National Bicycle, which sold a significant number of bikes, making it a popular, early ancestor to today’s modern electric bicycle.

Unfortunately, very few Flyers have survived over the last century, so complete and functioning examples such as this one are very hard to find.

This bright red Flyer is fitted with an original Briggs & Stratton motor wheel, fittingly finished in the same vibrant color.

Other features that punctuate this Flyer, are a sprung leather seat, a leather tool roll, leather wrapped grips on the handlebars and a leather mudflap upfront that was designed to protect the rider’s boots from the elements.

As mentioned, the Flyer was capable of covering more than 80 miles on a fill-up. But, should the rider exceed that, all he or she had to do was move the motor wheel into its elevated position and pedal.

Examples of original Flyers such as this one can fetch many thousands of dollars by collectors.