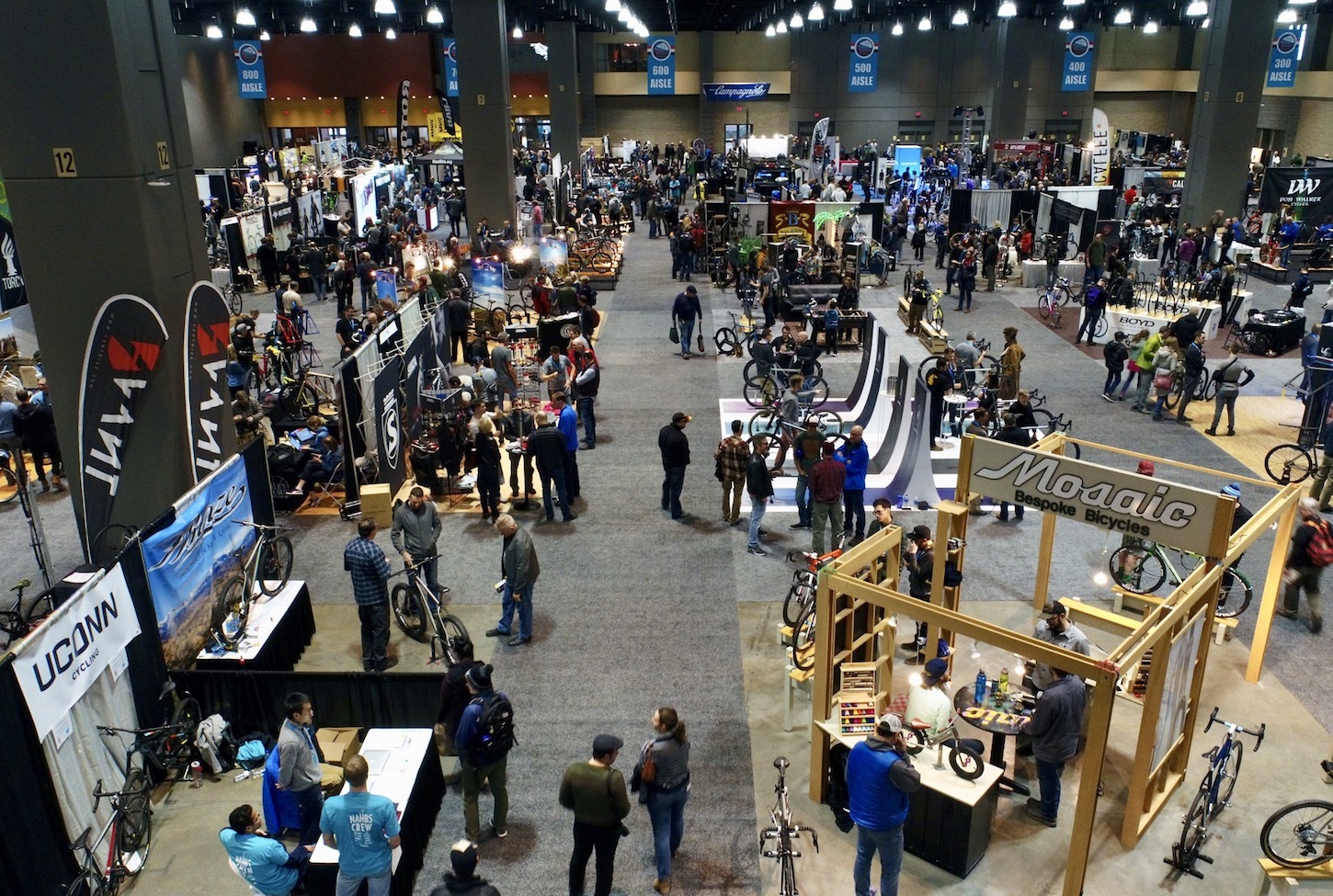 The North American Handmade Bicycle Show (NAHBS) is proud to announce the inaugural “International Grand Prix of Gravel” bike race, taking place on Saturday March 21st in Dallas TX.  Working with The Spinistry, a promoter of off-pavement and ultra endurance cycling events based out of Texas, the gravel race will take place in the heart of Dallas, along the banks of the Trinity River.

The location and timing of the gravel race will work seamlessly with the NAHBS show schedule, allowing show attendees and exhibitors the opportunity to participate in the race and not miss a minute of the show. More details and race registration information will be available in early January 2020.

“For years, we’ve wanted to put on a first class bike race in conjunction with NAHBS, but competing priorities and limited bandwidth always got in the way,” says Don Walker, Founder and President of NAHBS. “For Dallas, all the stars have aligned. We’ve developed a great partnership with The Spinstry, a Texas-based company known for putting on the best gravel grinders in Texas and beyond, and are thrilled to bring this event to life.”

Heading into its 16th year, NAHBS takes place at the Kay Bailey Hutchison Convention CenterMarch 20-22nd, 2020. In addition to the gravel race, NAHBS is also excited to offer exhibitors the chance to partake in the NAHBS Test Ride Outdoor Pavilion. Located just outside of the convention center, NAHBS attendees and buyers will be invited to demo and test ride the latest and greatest bikes from NAHBS exhibitors. Demo space is limited and will be allocated on a first come, first serve basis. Builders and brands interested in being a part of this demo area — in addition to an expo booth OR instead of having an expo booth — can contact show director Don Walker.

NAHBS is also excited to announce a multi-year sponsorship agreement with returning sponsor Campagnolo, and will once again hold a competition for the “Best Campy Build” in the official NAHBS Awards. Builders are also invited to display their Campagnolo-equipped bicycles at the spacious and popular  Campagnolo booth.

“NAHBS is the perfect partner for us. Given our shared ideals of high technology, innovation, and design — and the tremendous enthusiasm over our Best Campy Build contest — our NAHBS partnership always yields a strong ROI,” says Martin Kozicki, Sales Manager of Campagnolo North America.

Other confirmed sponsors for NAHBS 2020 include Shimano, Columbus,and Titanium Joe; additional show sponsors will be announced in the coming months.

Established in 2005, the North American Handmade Bicycle Show is the original event bringing together handmade bicycle frame builders from all over the world. NAHBS is now the largest and most widely accessible destination for frame builders to share their passion with cycling enthusiasts and supporters. For more information, please visit NAHBS.com. You can also connect with NAHBS socially on  Instagram, Facebook, and Twitter.