The Right Position Can Give You an Advantage in a Sprint 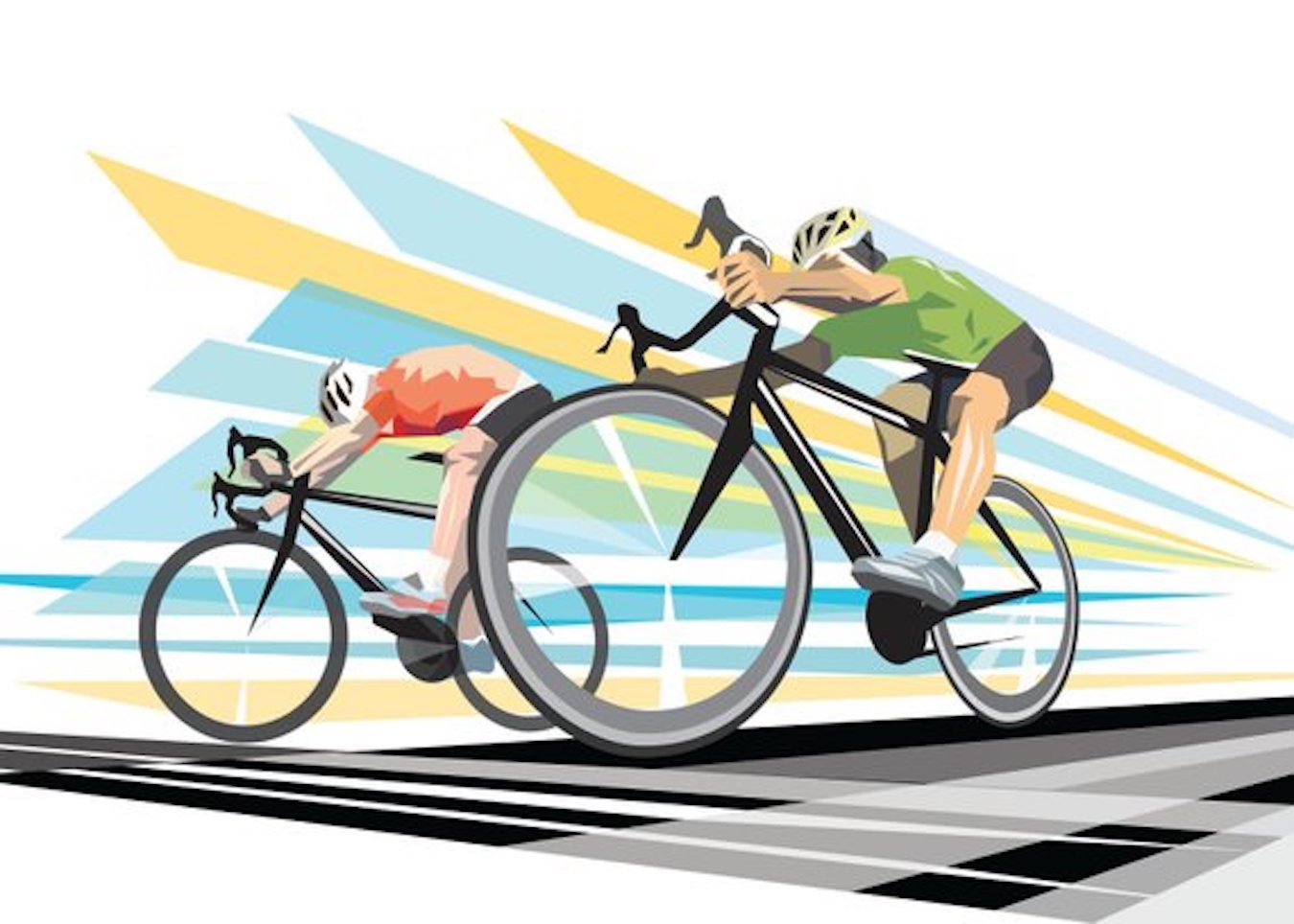 Many professional road cycling events are hundreds of kilometers long, but the final placings are often decided by what happens in the last few seconds of any race stage.

New research shows that a rider can gain up to an extra 3mph (5kph) advantage in those final sprint seconds, and it all depends on how they position themselves on their bicycle.

That can be enough to make the difference between winning or losing a race.

Race to the finish

If you’ve ever watched a professional road cycling event, either live or on television, you know they can go on for several days or even weeks.

But more than half of the stages during the Santos Tour Down Under and the Tour de France, as well as some of the recent World Championships, were won in either a head-to-head, small group, or mass sprint finish.

The average speed during professional road cycling sprints is upwards of 40mph sustained for between 9 and 17 seconds for men, and 34mph  for 10-30 seconds for women.

But peak power output is not the only important factor to win the sprint, with tactics playing a significant role.

New research published this month in the International Journal of Sports Physiology and Performance, shows that adopting a forward standing position during a sprint could give riders a speed boost of up to 5kph.

The drag on a cyclist

During the sprint, roughly 95% of the total resistive forces working against the rider is caused by aerodynamic resistance. Therefore, it is important to reduce aerodynamic drag in road cycling, particularly during the sprint which is the fastest activity on the bicycle (with the exclusion of some downhill riding during a race).

Given that the outcomes of road cycling sprints are often decided by very small margins – in one race stage down to just 0.0003 seconds – the aerodynamics are meaningful to overall sprint performances.

Studies on flow dynamics in cycling have shown that lowering the head and torsosignificantly reduces wind resistance.

That is why several cyclists have, over the past few years, begun to adopt a forward standing cycling sprint position.

This novel sprint position has already shown to be successful at the highest level of professional cycling, in events such as the Giro d’Italia and Vuelta a España and in Australia’s biggest road cycling race, the Santos Tour Down Under (see video, below).

Body position to the test

To better understand why this forward standing position may give riders an advantage, we compared it with the more traditional seated and standing sprint positions.

During the study, participants rode 250 meters in two directions at 15mph, 20mph and 25mph and in each of the three positions, resulting in a total of 18 efforts per participant.

We then used these variables, together with the weight of the cyclist and bicycle, and constants for rolling resistance and the efficiency of the drive system, in a mathematical model to calculate the aerodynamic drag.

This model has previously been shown to give valid measurements compared with a wind tunnel.

The results are in

We found the forward standing cycling sprint position resulted in a 23-26% reduction in aerodynamic drag compared with a seated and standing position, respectively.

This decrease in drag could potentially result in an important increase in cycling sprint velocity of 2.5-3mph.

Throughout the average duration of a typical road cycling sprint (about 14 seconds) this would result in a gain of 15-19 meters, which is why it could mean the difference between winning and losing a race.

While this novel position was more aerodynamic, it is plausible that changes in body position may influence a rider’s movement kinetics, and therefore increasing or decreasing power output. This is currently under investigation in this PhD project.

But cyclists who want to improve their sprint performance might want to start practicing the forward standing position. It takes time to learn how to sprint in that position but you could gain those aerodynamic benefits, and potentially win more races.