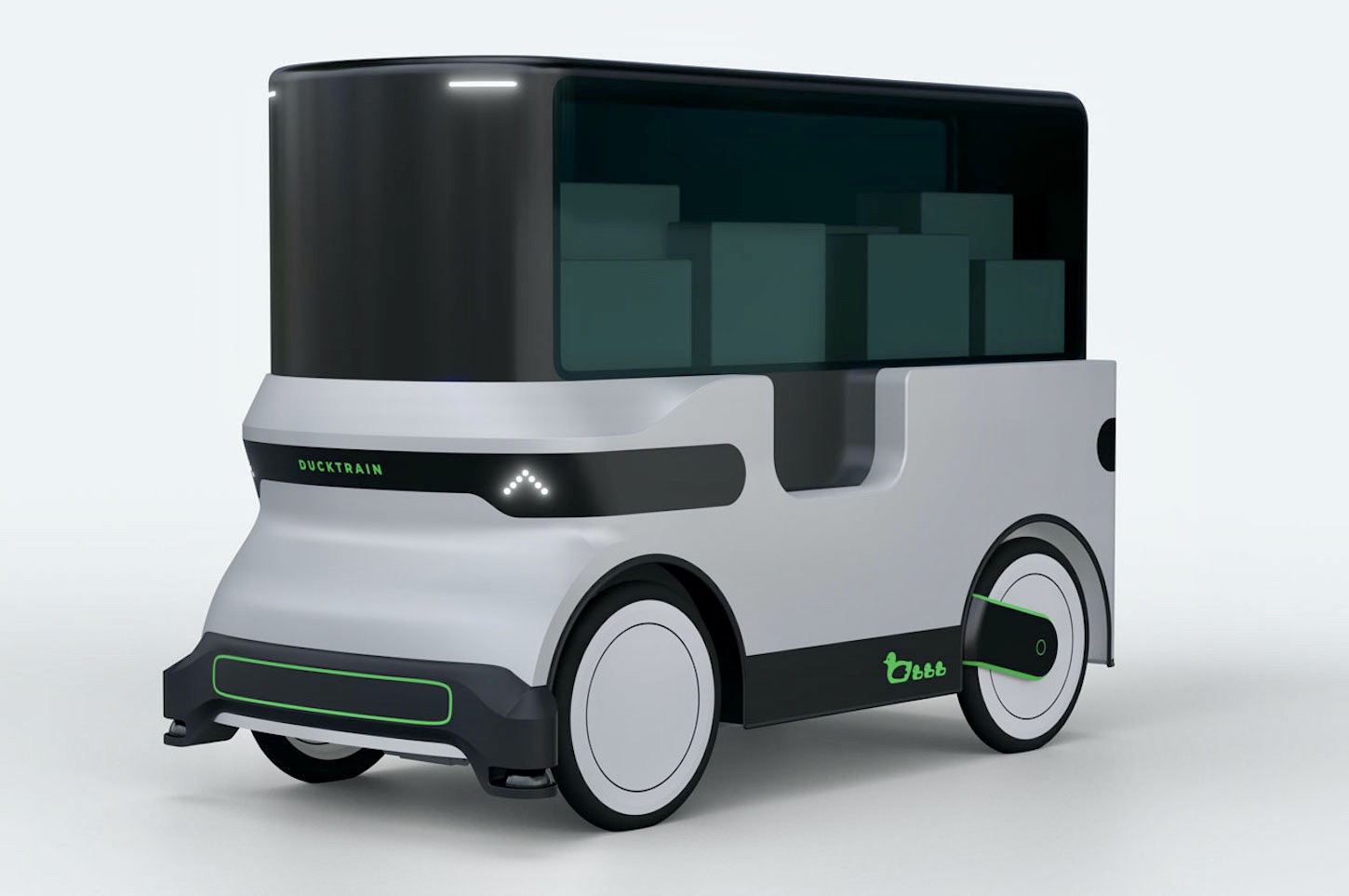 For a bunch of inveterate roadies, we sure spend plenty of time showcasing the latest in electric bicycles. That’s because even the most stolid of drop-handlebar geeks like us must come to recognize how micromobility is reshaping the urban landscape, with the eBike serving as its centerpiece.

This would explain the steady rise in urban bike design, particularly cargo bikes and related haulers over the last few years, with the quest of bringing ease of transportation and efficiency to the urban landscape via two wheels.

One of the more interesting additions to this segment is the self-powered Trailerduck, bringing even greater hauling capacity to eBikes via a system-specific drawbar with sensors that can detect the motion and direction of the bike it’s attached to, applying its own propulsion, braking  and turning capabilities accordingly.

The trailer is approximately 3-feet wide, which is capable of carrying a maximum payload of roughly 660 pounds that’s both permissible on bike lanes as well as on main roadways.

The designers behind the Trailerduck, the German start-up DroidDrive, has plans to bring its trailer to the streets at the end of 2022, with pre-orders already underway.

However, the project doesn’t stop there, as DroidDrive is also developing what it calls the Ducktrain system, which consists of a platoon of up to five cargo vehicles that are similar to the Trailerduck, relying on LiDAR technology to wirelessly track and follow a human-driven vehicle, forming a train that isn’t physically linked to one another.

Additionally, DroidDrive hopes to further develop its technology over the next three years, which will allow the Ducks to travel at least part of their delivery routes autonomously without the need for a guiding vehicle in front.

According to the DroidDrive, the Ducks are already capable of performing this function pending additional software updates.