The “Shared Lady Beetle” is a Mobile Bicycle Library 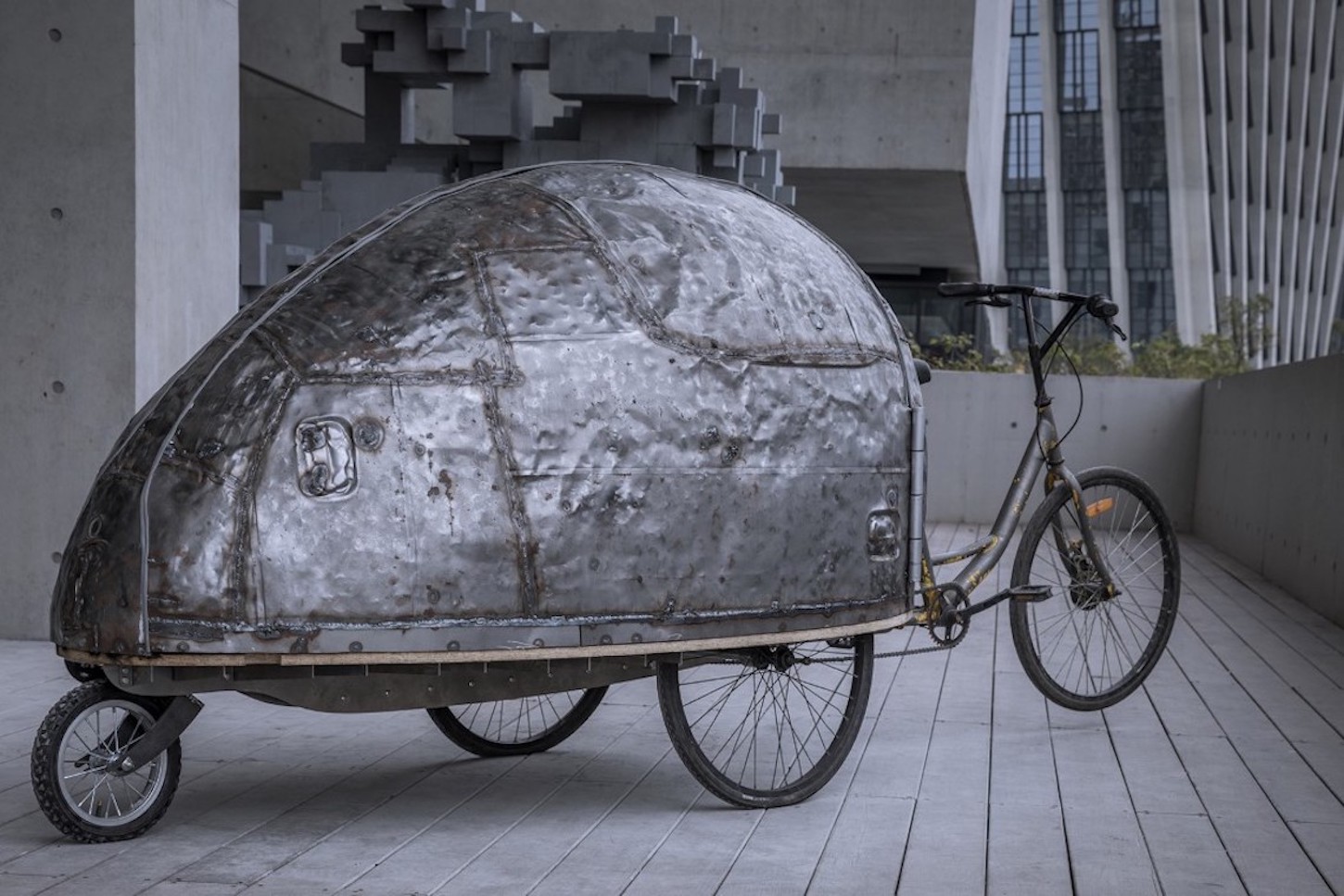 17 May 2019
By Gianni Pericolo - In FEATURED ARTICLES, LATEST ARTICLES, VELOPATHIC

Culled from repurposed materials and an abandoned bike, the Chinese architecture firm LUO Studio has created a beetle-shaped micro library on wheels for children called the Shared Lady Beetle.

Designed with the goal of creating a mobile library that was accessible for children, the Shared Lady Beetle is built upon a tricycle that features an outer casing made from discarded sheets of iron and shelves made from wood.

“They have consumed plenty of industrial raw materials, encroached on scarce urban public space and been dumped in horrible piles.”

When stationary, the metal shell on the back of the bike opens out like the wing casing of a beetle to reveal the books underneath, while the Shared Lady Bug’s fourth wheel stabilizes the back of the wing-shaped cover.

Additionally, the long shelves lining the micro library increase in size as they go down, so the bottom shelf is large enough for children to sit on as they read. Moreover, the Shared Lady Beetle was designed to be flexible, and the interior elements can be removed or re-arranged.

“Although it was originally designed to be a children’s mobile maker classroom, I also hoped to endow it with multiple functions,” Yujie explains.

“The interior spaces for displaying items are flexibly partitioned into several smaller storage areas by plates, which can be freely adjusted according to users’ needs.”

By recycling the abandoned bike into something that can have a positive impact, Luo hopes to spread an important message.

“Facing the unknown development in the city, we should stay positive, strive to change waste into treasure and tackle changing situation responsively, so as to better take care of the city and the earth,” he said.