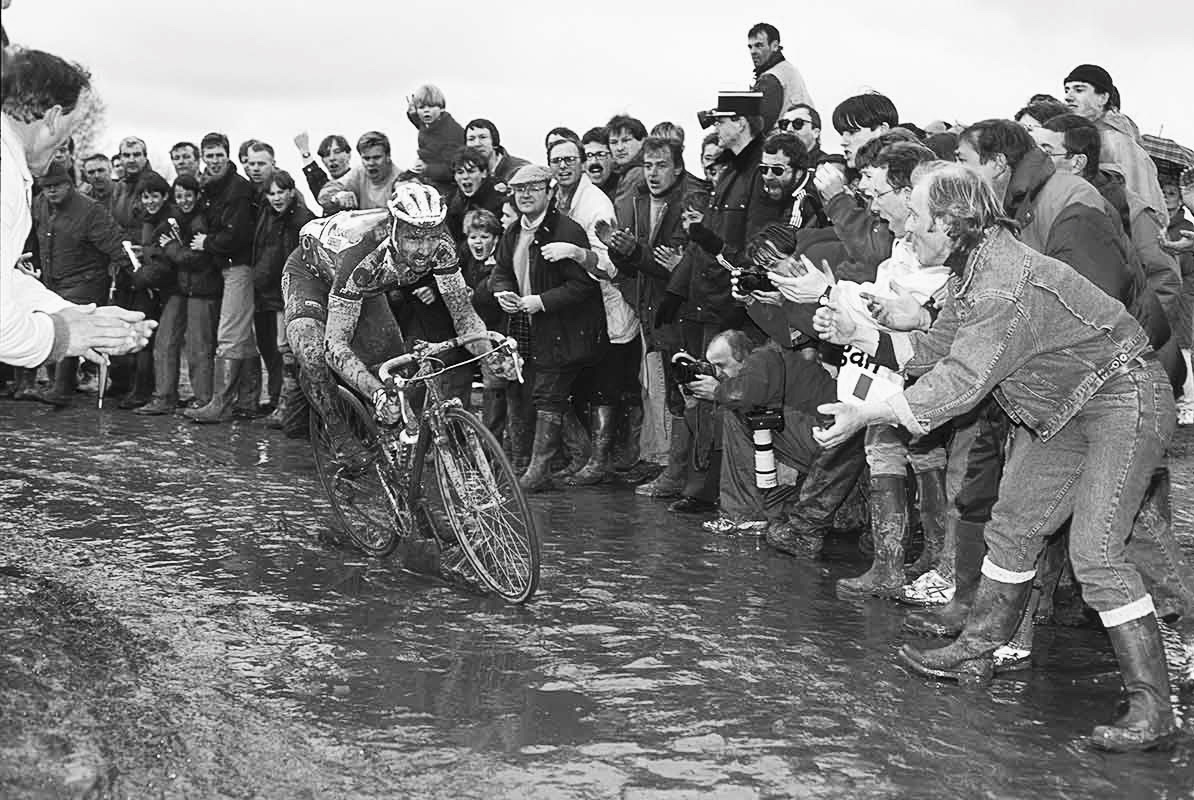 THROW OF THE DICE

Historically, ‘The Hell of the North’ was not referring to the sheer pain and torment the cyclists of the Paris-Roubaix must endure to complete the 275 kilometer race.

It was a newspaper caption describing the landscape when the race was resumed after WW1 – charred forests, open sewers – a completely decimated and blackened horizon.

Run your fingers through the topsoil in that region of Northern France and you are likely to find shrapnel and splintered bones. The race has been shaped by history, and as I discovered so too was Johan Museeuw’s brush with fate in the Forest of Arenberg.

The only way to define Museeuw’s true ‘North’ was to meet him in the ancient forest. From there the trajectory of the back story was formed, and thus began the filming process.