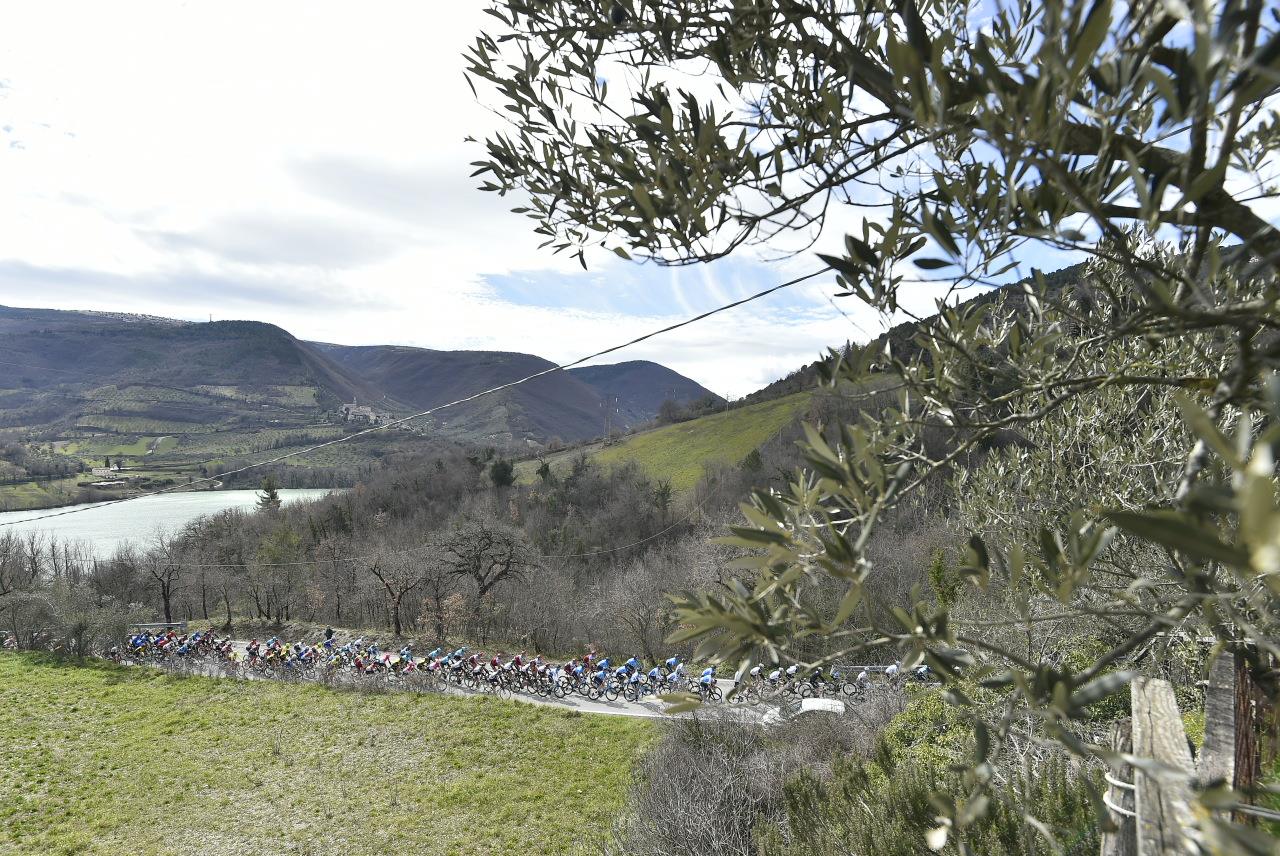 Adam Yates (Mitchelton-Scott) claimed stage 5 of the Tirreno-Adriatico in solo fashion today, after the British rider succeeded in riding clear during the last four kilometers to beat his closest rivals Peter Sagan (Bora-Hansgrohe) and Michal Kwaitkowski (Team Sky) during a brutally steep climb to the finish.

Alexey Lutsenko (Astana) initially tried to close down Yates’ attack, but the Kazakhstan rider quickly lost his impetus and was forced back into the main group which became a race for second place.

Attrition eventually took its toll on the escapees along today’s repeated climbs however, which ultimately left Cataldo alone out front until he was caught by the peloton under the auspices of Team Sky with 11 kilometers remaining.

Shortly thereafter, Yates commenced his winning move, quickly opening up a slight gap for himself.

With a little more than a kilometer to go, Lutsenko attacked from the peloton in pursuit of Yates, but to no avail.

Outside of the peloton’s grasp, Yates breezed across the finish to seize a solo victory, while Sagan won the sprint for second place.