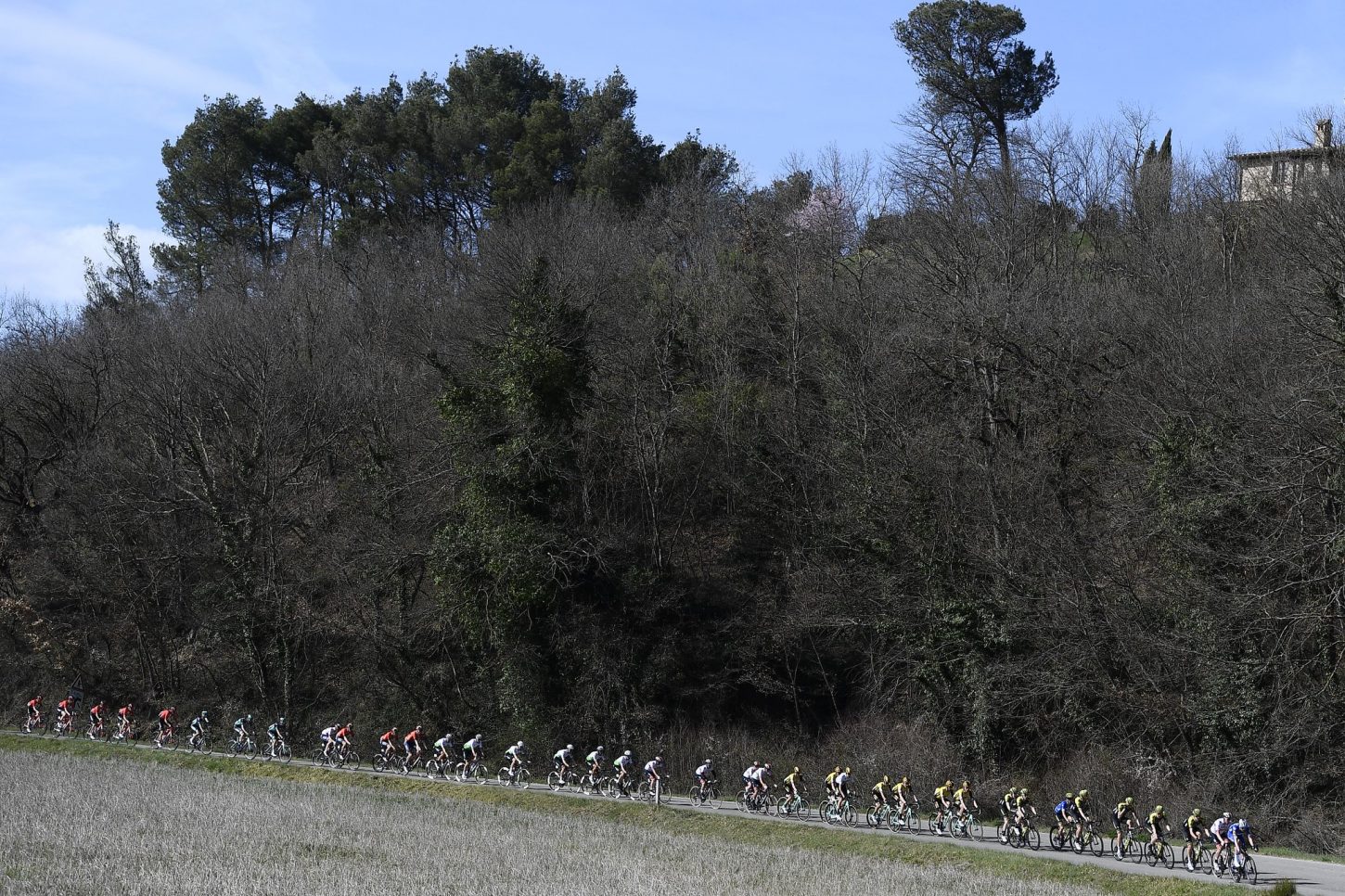 Meanwhile, Adam Yates, who took control of the general classification following yesterdays’ lumpy stage where the Mitchelton-Scott rider finished in fifth spot, retained his blue leader’s jersey after finishing safely in the peloton.

However, despite being out front for most of the stage, the escapees were eventually reeled by the peloton with just 4 kilometers to go.

From there, teams began organizing themselves around their respective sprinters during the final kilometer.

Sagan was the first rider to launch his sprint, while Viviani and Gaviria were quick to mark his move.

Viviani ultimately emerged victorious, nixing the three-time World Champion on the line by mere millimeters to snatch the stage honors.