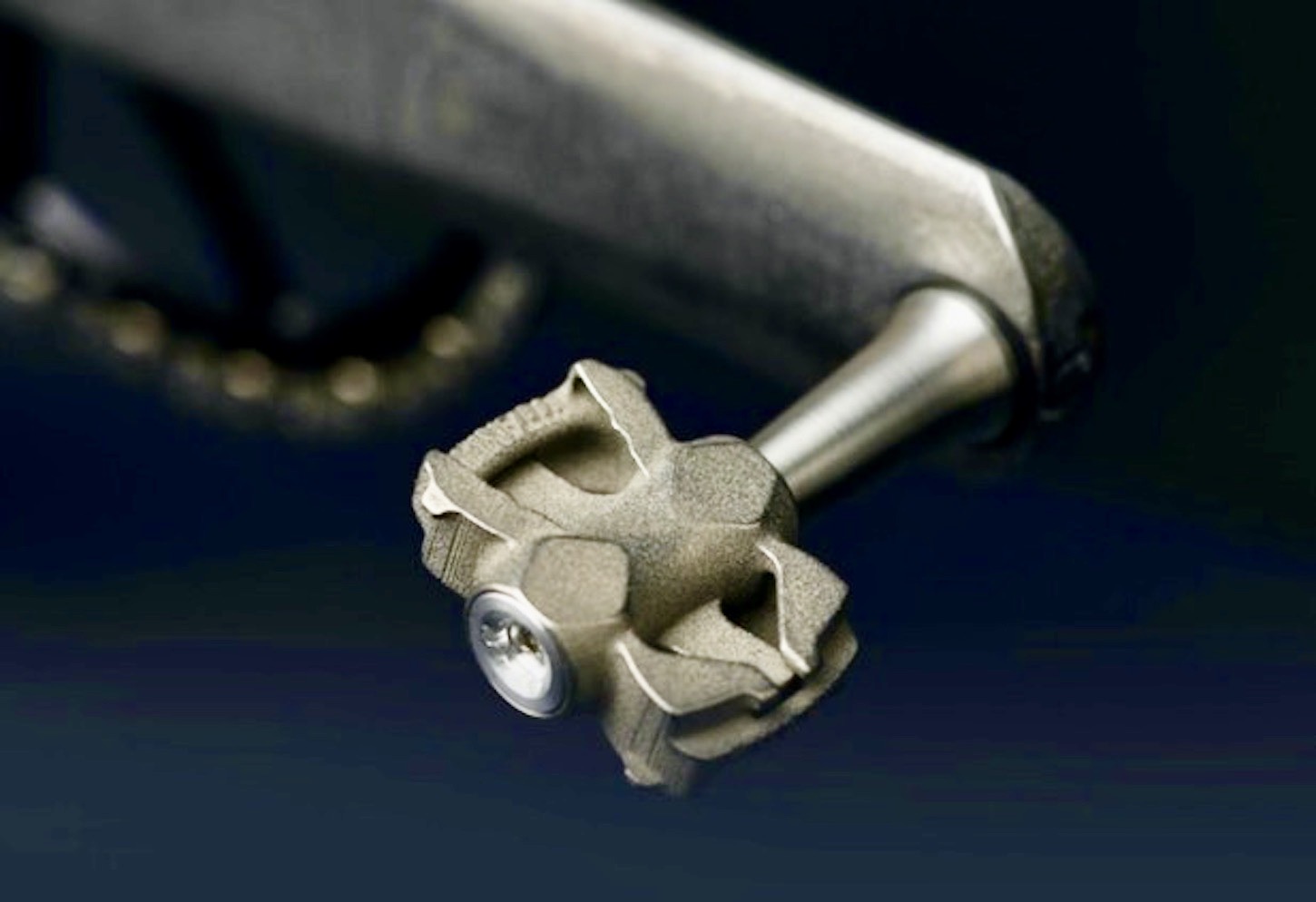 Titanium (that’s the name of the brand) is touting what they claim to be the world’s lightest, 3D-printed clipless pedal called the MyTi.

Working in partnership with the German company, Element 22, the MyTi features a 3D-printed Ti6Al4V titanium body, along with the latter’s patented “Blattfeder” technology, which features a leaf spring retention mechanism that slots the cleat forward, while a blade spring locks it into place.

According to Titanium, this results in a pedal that can only be released by the rider twisting his or her foot sideways, while the cleat itself is designed to provide roughly 6° of rotational float, with a release angle of less than 14°.

Other features of the MyTi include dual-side entry, a low stack height of just 7.3mm, needle bearings and two and four bolt cleat patterns, while a three bolt cleat is said to be in the works.

The pedal is available in two versions, MyTi Ultra and MyTi R, with the titanium spindled Ultra tipping the scales at just 100 grams per pair, while the R pays a slight weight penalty of 140 grams thanks to stainless steel axles.

In order to get the MyTi into full-production, Titanium has launched a crowd-funding campaign on Kickstarter, offering early-backers a special price of €277 under the retail cost of €369 – with delivery expected in May.