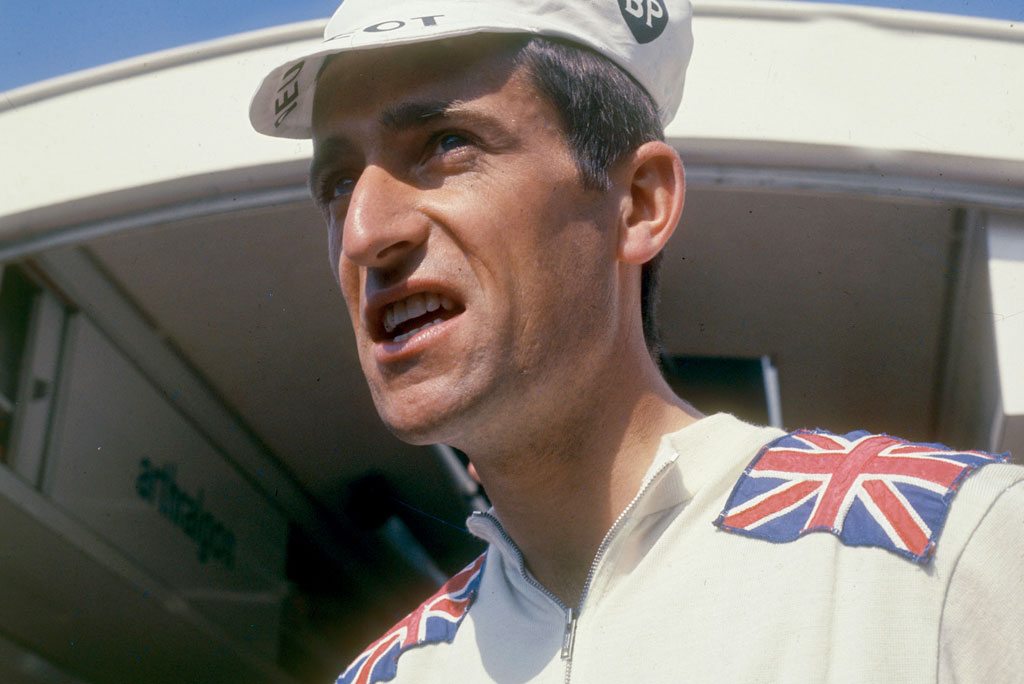 30 Nov 2015
By Campionissimo - In FEATURED ARTICLES, LATEST ARTICLES, THE PODIUM

Before that fateful day on the slopes of Mount Ventoux, Simpson was the most celebrated British rider of his era.

Indeed, he holds the destination as the first British rider to ever wear the yellow-jersey, as he did in the 1962 Tour de France.

In addition, Simpson was also the first British rider to win the World Championship Road Race, winning the race in 1965 ahead of Rudi Altig of Germany and Roger Swerts of Belgium.

As far as the one-day Classics are concerned, Simpson had multiples victories, wherein he won the Tour of Flanders in 1961, Milan-San Remo in 1964 and the Tour of Lombardy in 1965.

Many remember that tragic day in 1967, when temperatures reached an amazing 54 °C (129 °F) during stage 13 of the Tour de France, and Simpson was seen looking tired on the starting line.

When a journalist asked Simpson if the heat was the problem, he replied, “No, it’s not the heat, it’s the Tour”.

Later in the race, Simpson was in the front group as they neared the summit of the Ventoux. However, at one point, he began to slip back.

From there, things got worse for Simpson, as he fell off his bike, about 1 kilometer form the summit. Team manager Alec Taylor and Hall were the first to arrive in the team car.

Hall recounted how he tried to persuade Simpson to stop racing, saying: “Come on Tom, that’s it, that’s your Tour finished”. But, but Simpson refused. Taylor is said to have responded by saying, “If Tom wants to go on, he goes”.

Noticing his toe straps were still undone, Simpson said, “Me straps, Harry, me straps!” They got him on his bike and pushed him off. Simpson’s last words, as remembered by Hall, were “On, on, on.”

Hall estimated Simpson rode a further 500 yd (457 m) before he began to wobble, and was later held upright by spectators, while his hands remained locked on the handlebars – in an unconscious state.

Hall and a nurse from the Tour’s medical team took turns giving Simpson mouth-to-mouth resuscitation, before someone arrived with an oxygen mask.

Approximately forty minutes after his collapse, a police helicopter took Simpson to nearby Avignon hospital, where he was pronounced dead at 5:40 p.m.

Two empty vials containing amphetamines, one of which was labelled “Tonedron”, were found in the rear pocket of his jersey.

The official cause of death was “heart failure caused by exhaustion.”