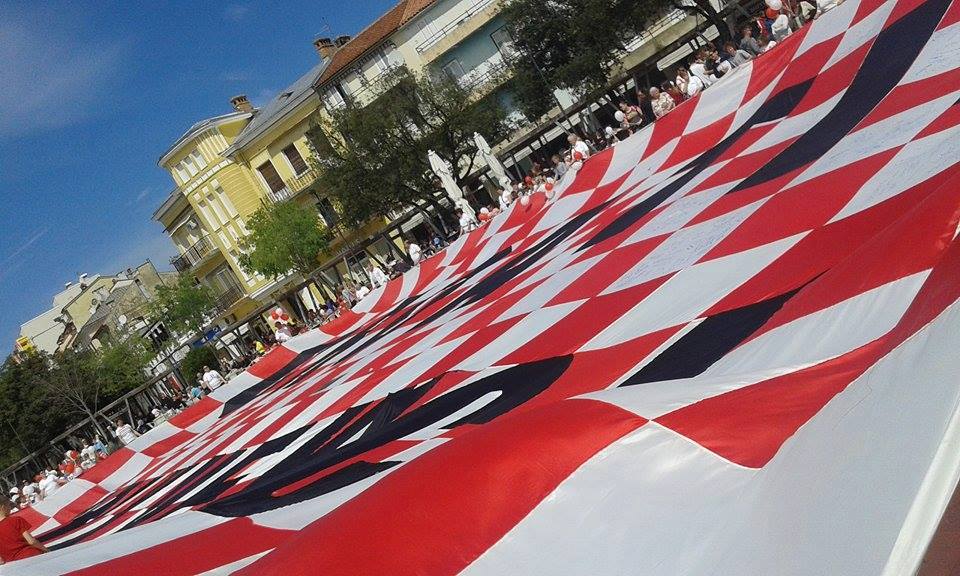 Riccardo Zoidl continued Trek-Segafredo’s dominance in the Tour of Croatia with the team’s third victory as he out-paced everyone on a tough finish climb to claim the win in the fourth stage.

“This victory means a lot for me because this year I had a lot of troubles at the beginning of the season,” said Zoidl, referring to his crash at the team’s first training camp where he broke his collarbone. “Then just to continue with this victory, we have already two, is incredible. Thanks to the team, they rode amazing in the last 50 kilometers. I am very happy about the win!”

It was another cohesive effort by Trek-Segafredo as race leader Giacomo Nizzolo – already with two wins and a second place – pulled at the head of the peloton ahead of the looming mountain finish, before Eugenio Alafaci, Edward Theuns, and finally Gregory Rast paced the team’s two climbers, Julian Arredondo and Riccardo Zoidl, to the foot of the 20-kilometer ascent.

The peloton easily swallowed the day’s eight-man breakaway, and the steep gradients of the long climb soon pared down its numbers to 14 with seven kilometers remaining. Arrendondo and Zoidl ignored the few early attacks; instead they played a cool and calculated climbing game that paid off in the end.

Five kilometers from the top, Zoidl accelerated and the group split with three leaders surging ahead. Zoidl’s final blow came with two kilometers to go. This time, no one could respond and Zoidl opened a gap that he held to the line to take the win by 28 seconds over Matija Kvasina (Synergy Baku Cycling Project).

Kvasina will wear the leader’s jersey into the 40-kilometer team time trial tomorrow, after Zoidl lost time in stage two, a result of a late crash splitting the peloton. Zoidl sits in second place at 19 seconds.

Zoidl: “I knew the climb was very long and that you have to pace it and wait and wait, and Dirk (Demol, director) told me to wait until the last moment. With five kilometers to go, I was feeling good and I knew I had to do something so I tried to split it a little bit and then we were three guys.

“I knew the guys I was with very well and I could see that they were not feeling super. I felt good so I decided to go early – at 2kms to go – and yeah, it worked out. It’s an amazing day for me.

“It’s was a pity that I lost 50 seconds on the second stage with the crash, but after two victories and now today we are really motivated and we will go full gas tomorrow and we will see.”

“Our plan was to not defend the jersey, so we sent riders up road and Julien Bernard was in an early breakaway,” added Dirk Demol. “Later we worked to control with Tinkoff because we believed that Riccardo could make a great result today. Although it was tricky when you don’t know all the riders here and how they will go, but in last 3-4 kms we saw Riccardo was the strongest. I am really happy for him, he has had bad luck with two broken collarbones, so this is good for his morale and to show he is ready ahead of the Giro.”