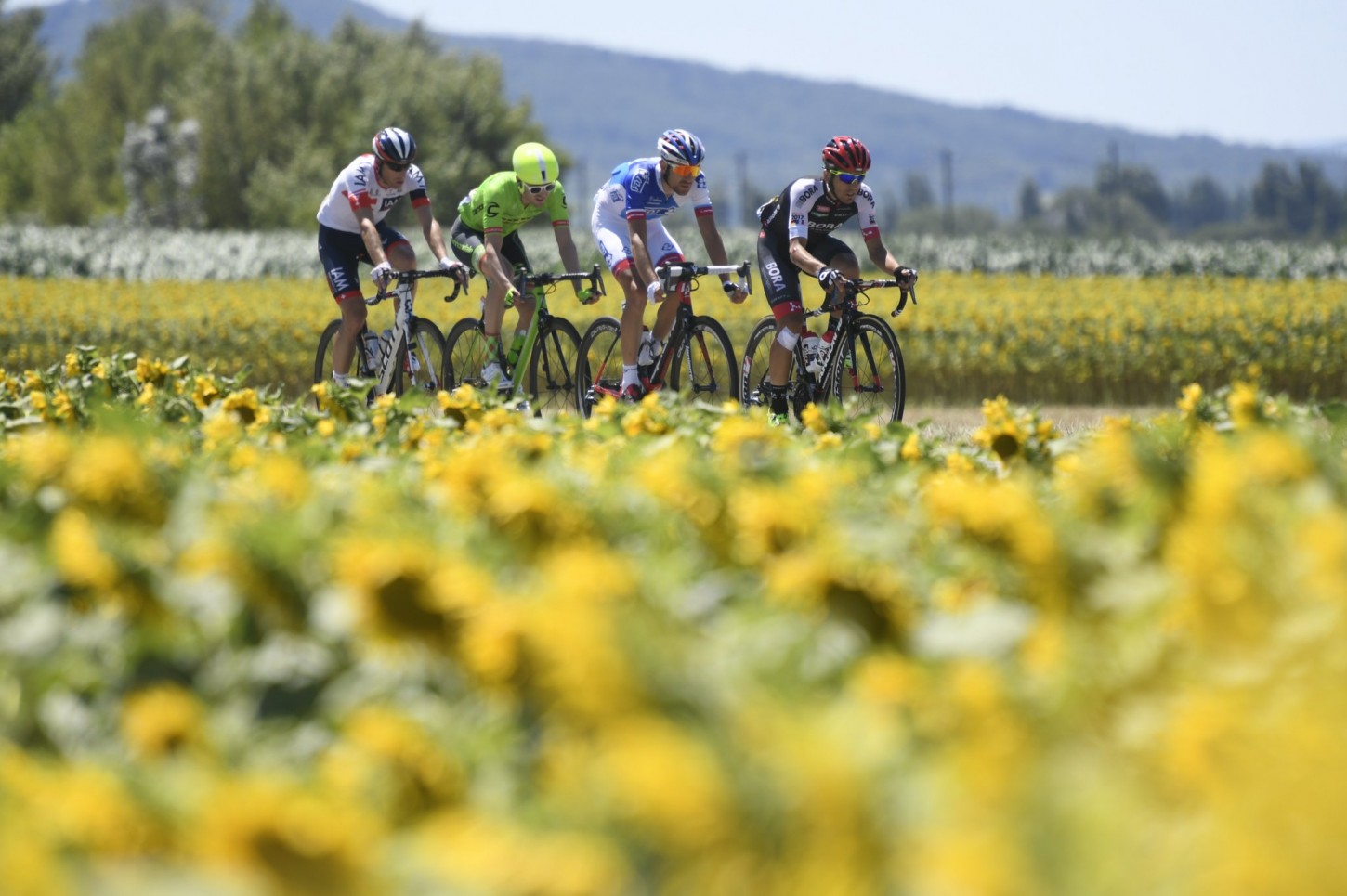 Cavendish was keen to positioned himself on Marcel Kittel’s (Etixx-QuickStep) wheel inside the closing few hundred meters before the German powerhouse open up his sprint during the final 250 meters.

Indeed, Cavendish followed Kittel’s move to perfection, as the Manx Missile came around his Etixx rival during the waning moments to snatch the stage honors.

An unhappy Kittel was seen raising his arms in protest, apparently angered with Cavendish’s line during the finale.

From there, the quartet went on to establish more than a four minute advantage over the peloton.

The breakaway group remained intact until the final 10 kilometers, where Howes was the first escapee to get dropped from the group.

Next came Benedetti, as Roy and Elmer continued to forge ahead.

However, the last two escapees were finally caught during the closing 3.5 kilometers, as they shook hands and pulled to the side of the road as a speeding peloton made its way past them.

At that point, Dimension Data, along with Katusha and Etixx were driving the peloton.

Heading into the final 300 meters, it was Etixx’s Fabio Sabatini on the front leading out Kittel.

However, just as the Italian rider peeled off, Cavendish, Kristoff, Sagan and Degenkolb were right there to mark Kittel’s move.

Cavendish was the first to surge, leaving Kittel just enough room to mark his move. But, the German sprinter was simply no match for his British rival today, nor was he unable to fend-off Kristoff, Sagan and John Degenkolb (Giant-Alpecin), who followed in Cavendish’s slipstream.