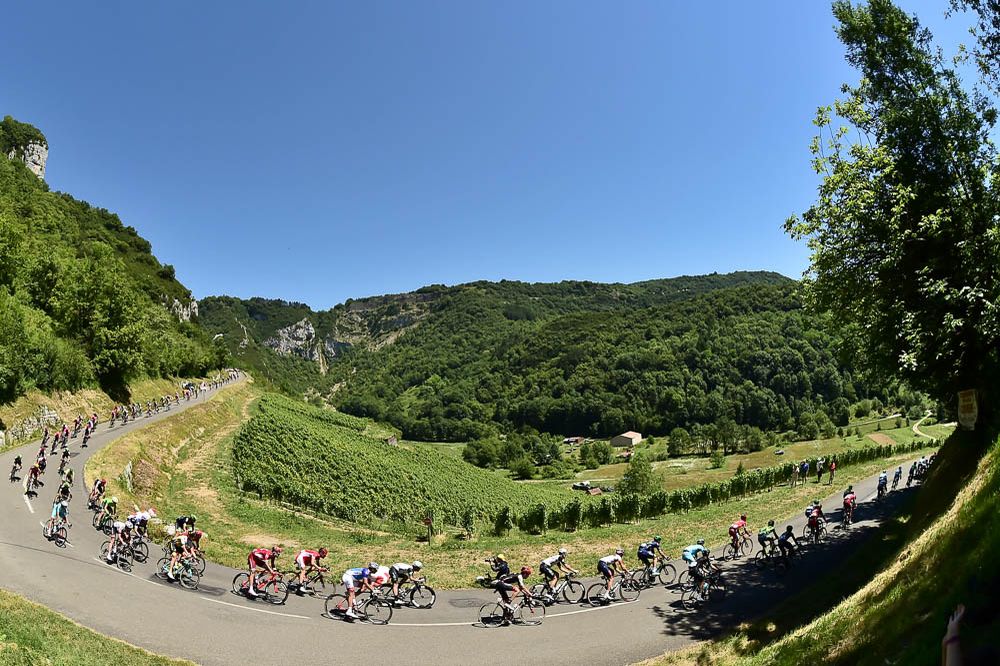 IAM Cycling’s Jarlinson Pantano claimed the biggest victory of his career today, after winning stage 15 of the Tour de France in Culoz.

The young Colombian rider managed to bridge his way to Rafal Majka (Tinkoff) along the descent of the Lacets du Grand Colombier, subsequently out-sprinting the Polish champion to seize the stage honors.

The duo succeeded in distancing themselves from the day’s early breakaway group along the finishing circuit in Culoz, which included the 10 kilometer climb of the Lacets du Grand Colombier.

From there, Majka managed to drop Pantano just before the summit of the climb, but his efforts failed to pay-off when he nearly crashed along the descent.

As a result, Majka was forced to slow, which in turn allowed Pantano to regain contact within.

Grief and then led to disaster for Majka, when he opened up his sprint too early, leaving Pantano with the opportunity to surge past him.

Majka and Pantano had been part of a large 30-rider breakaway group that got underway early on in today’s stage.

Numerous attack flew from within the group, but none were made to stick until Majka and Ilnur Zakarin (Katusha) rode clear along the climb of the Grand Colombier, with Majka taking the King of the Mountains points at the top, while Julian Alaphilippe (Etixx-Quick Step) tried to chase down the two leaders in earnest.

Pantano would later bridge the gap to Alaphilippe, Majka and Zakarin, while the French rider proceeded to distance his breakaway companions along the descent.

However, Alaphilippe experienced a mechanical problem along the way, which served to detail his chances of staying ahead of the trio.

Back in the peloton, Aru attacked off the front on the Lacets du Grand Colombier, but as soon as Alejandro Valverde (Movistar) went to join him it was enough for Sky to bring them both back and take control once more.

Back up front, Majka led on his own up the Lacets – seemingly poised for victory.

However, Pantano’s daredevil descending saw him rejoin Majka, while Reichenbach and Vuillermoz remained just 30 seconds back at the foot of the descent.

Movistar then came to the front of the peloton on the flat roads towards the finish, but it was too little, too late for the Spanish team at that point.

Meanwhile, Majka and Pantano began their game of cat and mouse during the final run-in to the finish, but the Colombian bided his time perfectly to outsprint his Polish rival.

In the meantime, race leader Chris Froome (Team Sky) finished safely in the chase group, to retain his hold on the overall race lead.