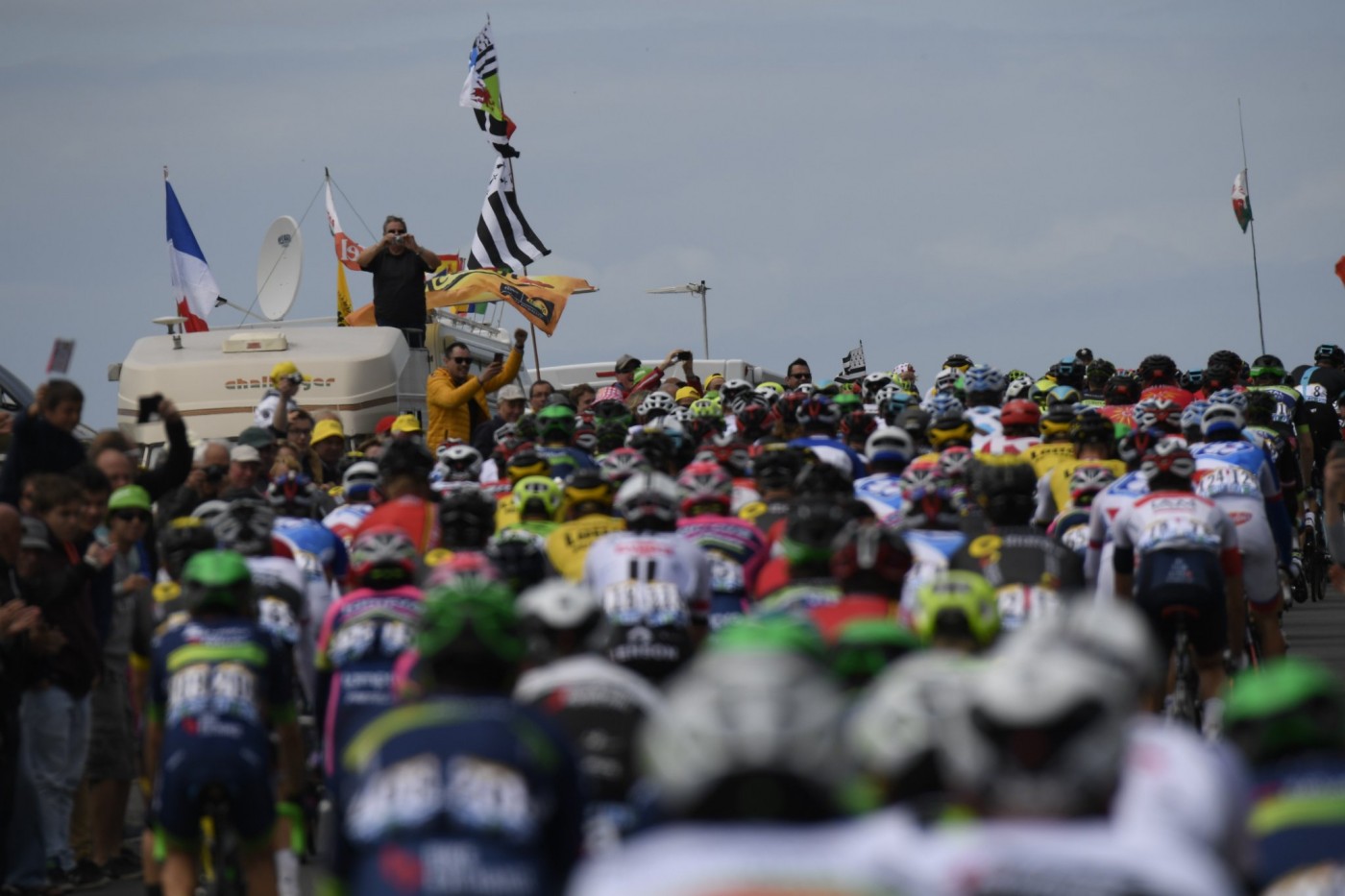 Today’s victory not only netted Sagan the stage honors, but wrested the leader’s jersey from Mark Cavendish (Dimension Data) to move the Slovakian rider into the overall lead.

“I am very surprised I won, because I was thinking that there were still two guys in the front,” said Sagan after the stage. “Then when I finished I didn’t know I won and later realized the breakaway had been caught.”

Sagan’s Tinkoff team set the pace during the the final uphill finish, with Roman Kreuziger working hard to stop anyone from closing down on their efforts.

However, at one point things became a bit dicey, with Alaphilippe looking poised for victory. But, Sagan came through to steal the honors from the French rider during the closing few meters.

Meanwhile, Alberto Contador (Tinkoff) lost time to his GC rivals, after finishing 48 seconds down on the stage.

Richie Porte (BMC Racing) also saw his GC chances take an early hit, as he was forced to endure a slow wheel change from a Mavic neutral service – while his rivals disappeared from view.

From there, the escapees went on to establish a seven minute advantage over the peloton.

At one point, Contador found himself caught up in another crash, however, unlike yesterday’s tragedy, the Spanish rider appeared to emerged unscathed from this one.

Benedetti was the first rider to be dropped from the breakaway group during the last 20 kilometers, while his former companions forged ahead – still maintaining a three minute advantage over the peloton.

However, as the escapees tackled the next climb with 9 kilometers to go, the peloton was gaining on them thanks to huge turns from Team Sky riders Luke Rowe and Ian Standard.

With a little more than 8 kilometers remaining, Stuyven decided to attack his fellow breakaway companions.

Meanwhile, the pace back in the peloton during the penultimate climb, saw riders scattered all over the route.

Stuyven hit the summit of the final climb while still clinging to a slight of margin as he passed under the flamme rouge.

Yet, despite a valiant effort to stay away, the Belgian rider was reined by the peloton during the closing 500 meters.