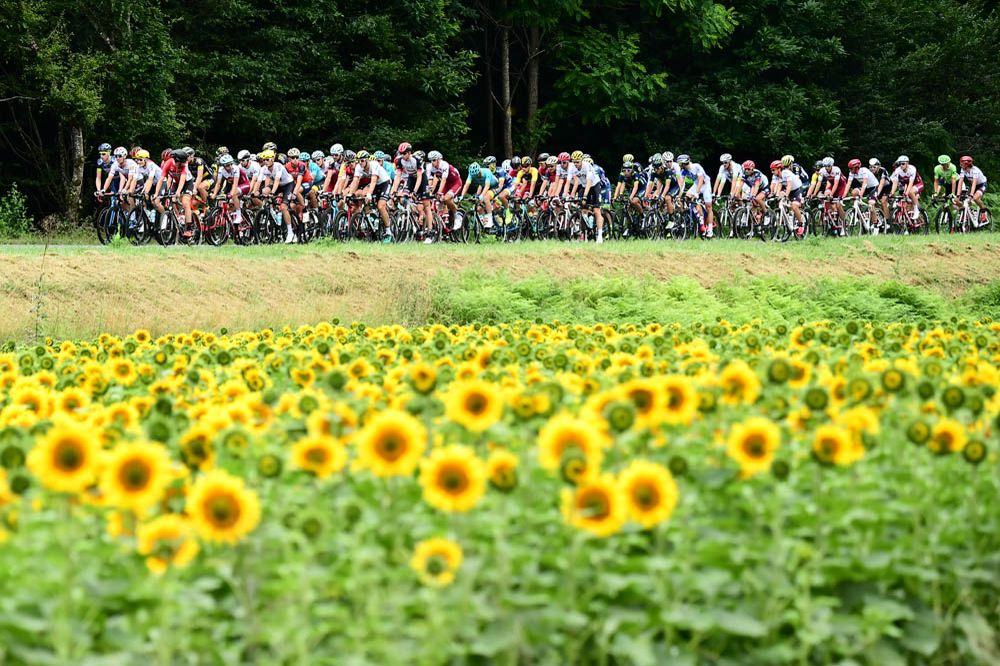 “I can’t really believe it. It’s number four, which is an incredible amount of Tour de France stages in one Tour. I’m so happy”, said a jubilant Kittel after the stage.

“I won now so many stages in the Tour. I never expected it when I was starting my career. “I never really expected to be even in the Tour. I was hoping maybe at one point to become a professional, but that I would be at this level with these wins, it’s hard for me to imagine, Kittel added.

“I think I had a pretty good spot because it was still relatively far with 500 meters to go at the last left corner. I saw that McLay started to sprint very early to come to the front, and that was my lead-out. From then on, I hit the front at 220 and I think it’s no surprise that I feel really good at the moment in the sprint.”

Meanwhile, there was no change in the overall classification on an otherwise quiet day, with Sky’s Chris Froome keeping his 18 second lead over Fabio Aru (Astana), and 51 seconds over Romain Bardet (AG2R La Mondiale).

Yoann Offredo (Wanty-Groupe Gobert) was the first rider to make an escape stick as the day kicked off in Périgueux, and for a short while it looked as though we would have a repeat of stage four with a lone Wanty rider out all day.

However, youngest rider in the race Elie Gesbert (Fortuneo-Oscaro) managed to bridge to Offredo to form a French duo.

Compared to the previous day of racing on Sunday, the stage unfolded in a very straightforward manner. The two escapees forged on, gaining a five-plus-minute advantage over the bunch. Then, after the half-way mark, their advantage started to get chipped away as the peloton eyed a bunch sprint finish.

With the duo caught with 7km to go, the break was caught. This signalled the peloton to noticeably increase its pace to prevent any further late attacks and keep things together for the sprinters.

Lotto-Soudal were by far the most organized of the teams heading into the finale, but Greipel – who had earlier ‘won’ the intermediate sprint out of the bunch – somehow found himself on Alexander Kristoff’s (Katusha-Alpecin) wheel and badly positioned.

He sat up and had to settle to spectating as his compatriot Kittel swept to another victory.