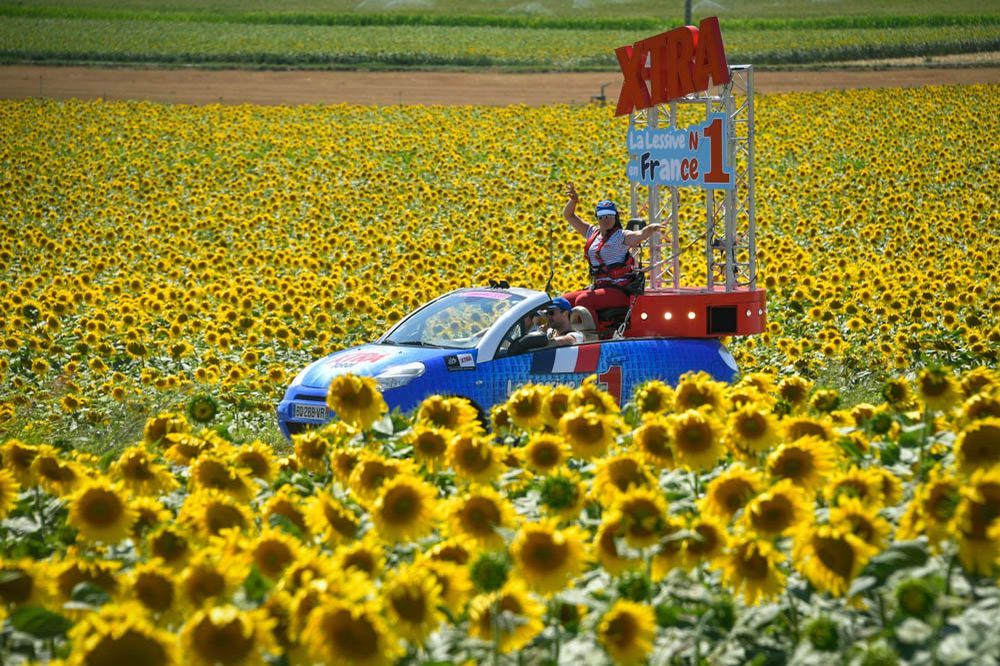 Michael Matthews (Sunweb) added to his list of wins  in this year’s Tour de France, after winning a well-deserved victory during today’s stage 16, while edging out Edvald Boasson Hagen (Dimension Data) and John Degenkolb (Trek-Segafredo) in a bunch sprint in Romans-sur-Isère.

Meanwhile, Chris Froome finished safely in the main peloton to maintain an 18 second lead over from Fabio Aru (Astana), while Romain Bardet (AG2R La Mondiale) continues to round out the podium in third, at five seconds further back.

Another hectic day of racing with two categorized climbs that saw countless attacks and counterattacks, but Team Sunweb rode aggressively all day, aiming to take on Marcel Kittel (Quick-Step Floors) in the points classification.

Kittel was dropped by the front group early on and with Matthews winning the intermediate sprint and the stage, the German sprinter now leads the classification by just 29 points, having conceded a total of 50 points to Matthews on the day.

In a remarkably complex day of racing that was affected by crosswinds, Team Sky upped the pace inside the final 15 kilometers, causing the lead group to split.

Dan Martin (Quick-Step Floors) and Louis Meintjes (UAE Team Emirates) both lost around 30 seconds as a result while Alberto Contador (Trek-Segafredo) lost over a minute.

Simon Yates (ORICA-SCOTT) moves up to sixth place in GC after Martin missed the decisive split.

Daniele Bennati (Movistar) who attacked with two kilometers to go, forced Team Sunweb, working for Matthews, and Dimension Data, working for Boasson Hagen, to take up the chase.

For a moment Bennati was able to enjoy a decent gap, but the Italian rider was caught with 800 meters to go as Greg Van Avermaet moved to the front to lead out the sprint.

However the Belgian rider went too early, and as the finish line came into sight he was overhauled by Matthews, who swung wide to the right of the road and held off John Degenkolb and a fast approaching Edvald Boasson Hagen, to give his team their third stage victory in this year’s Tour de France.