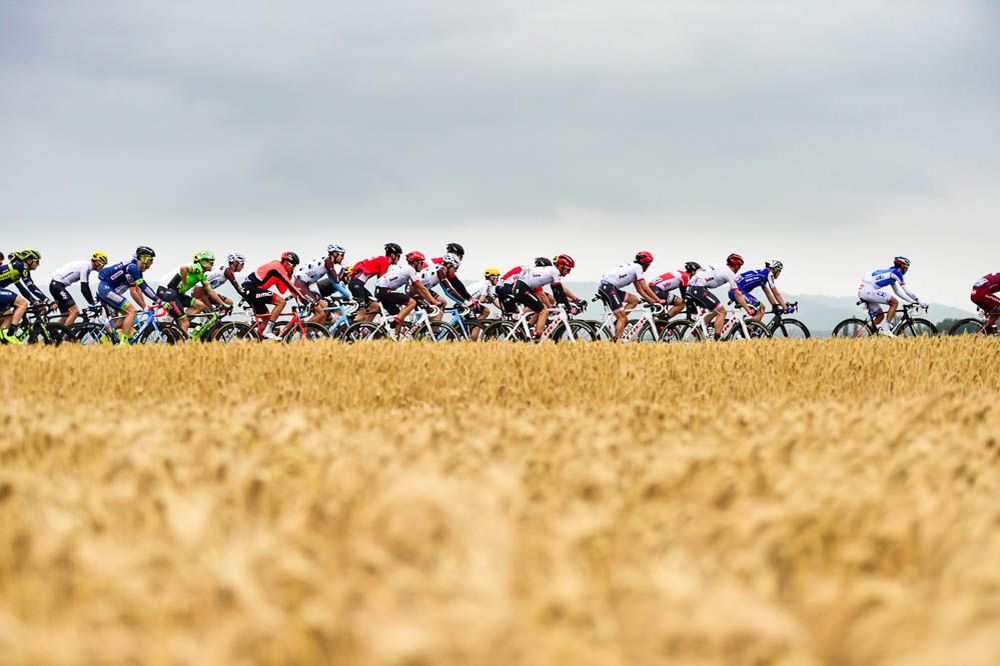 Marcel Kittel sprinted to victory in stage 2 of the Tour de France  today, after beating Arnaud Démare (FDJ) and André Greipel (Lotto Soudal) during a rain-soaked sprint finale in Liège.

Meanwhile, Geraint Thomas (Team Sky) finished safely in the main peloton to retain his grip on the overall race lead with a five second lead over Stefan Küng (BMC Racing).

There was drama earlier in the stage as well, when defending champion Chris Froome (Team Sky) was brought down in a pile-up caused by the wet roads with 30 kilometers to go, and was forced into a lengthy chase back to the peloton.

Froome reassured supporters he was fine following the incident, “no injuries, thankfully. Just lost a little bit of skin from my backside.

“That’s the nature of the race. We knew it’s slippery conditions like that, every time the race comes on there’s a big risk something could happen and today there was just a touch of wheels, or someone slid just a few wheels ahead of me, and at those speeds you just can’t avoid it.

“I think a few of us went down but thankfully everybody’s okay and got to the finish all right without losing any time to our rivals, so that’s the main thing.”

The foursome stayed away for the most of the day, but the gap never extended beyond three and a half minutes, so there was little doubt throughout that the stage would end in its long-predicted bunch sprint.

The escapees were able to claim the day’s KOM points, with Taylor Phinney adding a nice prize to his first Tour with a stint in the polka-dot jersey to come on stage three.

The breakaway group appeared determined to try and hold out to the finish however, and their gap extended briefly after a crash with 30 kilometers to go took down a number of big name riders.

A Katusha rider at the front of the bunch slid out on a right hand bend, taking down defending champion Chris Froome and Romain Bardet (Ag2r La Mondiale).

Richie Porte (BMC) was also held up in the crash, however everyone was soon back on their bikes and chasing on to the main peloton.

After Phinney won the points on the final KOM with just over 20km to go ahead of Pichon, it was only the American and Offredo that continued out in the break.

They powered on ahead of a disorganized bunch, carrying 50 seconds with 10 kilometers to go.

Their gap came down to 30 seconds with 5km remaining, and it looked like the pair would have a good chance of holding out.

A worried peloton managed to regroup though, and made a late catch with 1.3km to go to ensure a sprint finish.

Despite no lead-out trains able to control proceedings heading into the finale, it was Kittel’s decent positioning and sheer power that enabled him to take victory on the first road race stage of this year’s Tour.