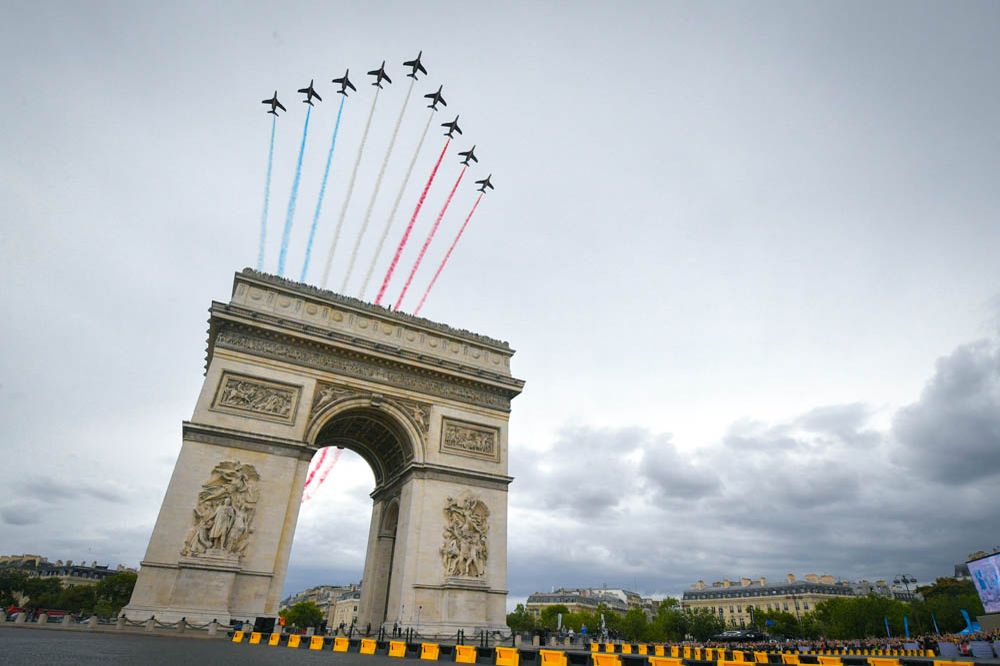 Dylan Groenewegen took a surprising victory on the Champs Élyseés, to claim the final stage of the Tour de France ahead of Andre Greipel.

It’s my first victory in the Tour de France, and on the perfect place for sprinters. It’s a perfect day,” Groenewegen said after the stage. “It’s a dream, when I was a kid I watched the Champs Elysees stage of the Tour on the television, so to win here today is an amazing feeling.”

“The team did a great job to put me in a good position. Then I was in the wheel of Kristoff’s lead-out, and sprinting on the left line”, he added.

Meanwhile, Chris Froome and his team enjoyed the run into Paris, celebrating their fifth overall victory in six years, after beating Rigoberto Uran (Cannondale-Drapac) by 54 seconds, while Romain Bardet (AG2R La Mondiale) rounded out the final podium in third.

Katusha led the bunch through the final corner and onto to the Champs Elysees for the last time, but LottoNL-Jumbo were in their wheels. Groenewegen went earlier than all the rest and began surging away from the rest. It looks like maybe he’d gone too early as Greipel began closing the gap but the German had given himself too much to make up and couldn’t overhaul Groenewegen. For the Dutch rider it is the biggest win of his career and his first at a Grand Tour.