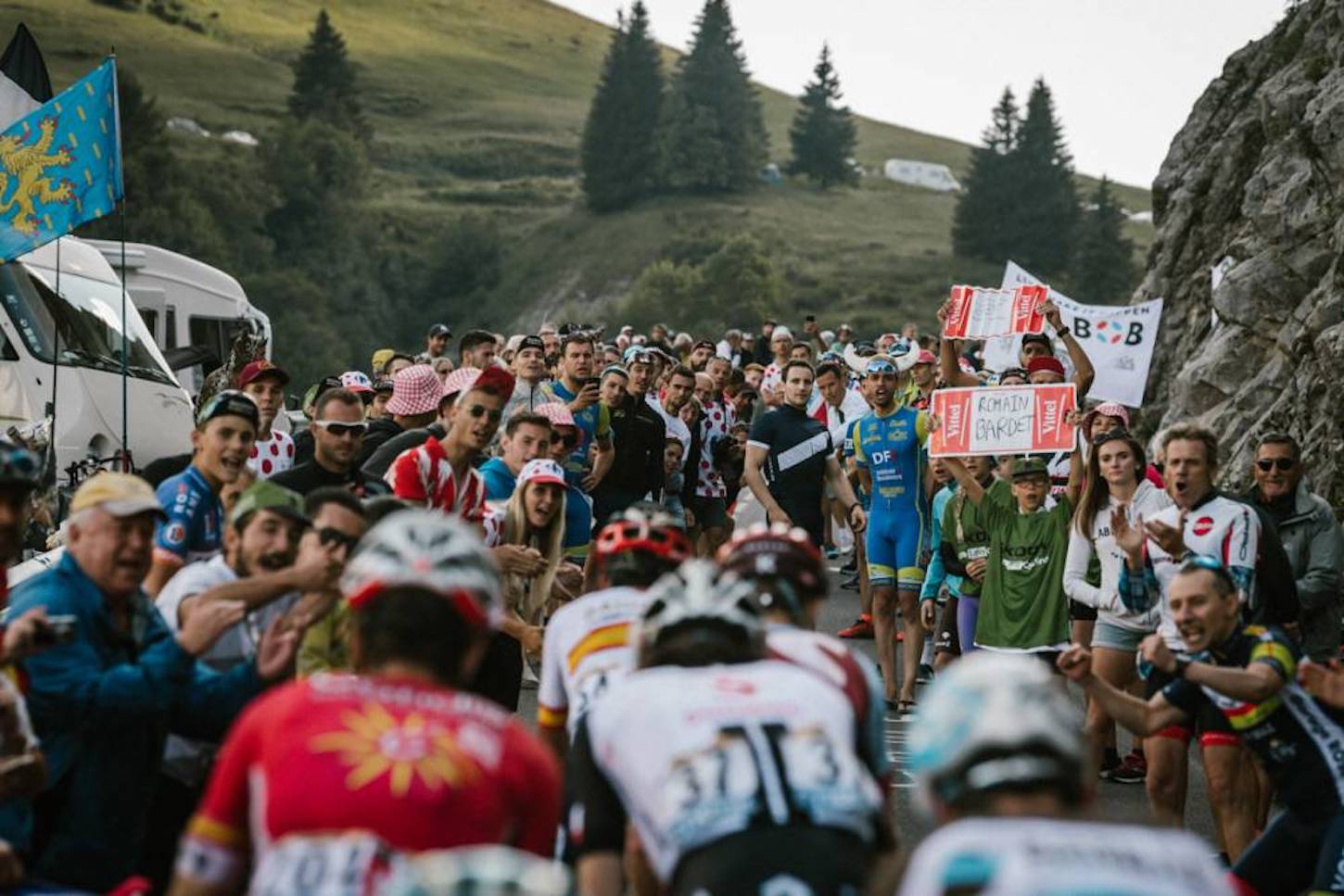 Quick-Step Follor’s Julian Alaphilippe struck out alone on a mountainous Stage 10 to claim the first Tour de France victory of his career.

The French rider attacked from the breakaway with 28 kilometers remaining to seize solo win more than a minute and a half ahead of his closest rival Ion Izagirre (Team Bahrain Merida).

Alaphillippe’s win thrilled French fans as he also took the King of the Mountains jersey, while Rein Taaramae (Direct Energie) rounded out the podium in third

“It’s difficult for to explain what I feel, winning a Tour de France stage was always a dream for me … this was a good day for me to try, I just have no words, I am really, really happy. It’s a nice jersey [King of the Mountains] and I’m happy to have it for one day minimum”, said Alaphilippe.

Meanwhile, Greg Van Avermaet (BMC Racing Team) rode brilliantly to retain the yellow jersey while there was some time lost by some GC hopefuls behind him, with Rigoberto Uran (EF Education First-Drapac p/b Cannondale) losing over two-and-a-half minutes to his GC rivals.

Alaphilippe attacked just 5.5 kilometers into today’s 158.5 kilometer that departed Annecy, helping to establish a breakaway that eventually swelled to 21 riders, before being first man to the summit of the relatively straightforward Col de Bluffy.

Despite slipping back on the more challenging Col de la Croix Fry, the 26-year-old Quick-Step Floors rider surged to the front again to take first place over the hardest-rated climb of the day – the Montee du plateau des Glieres, with a 11.2% average gradient.

By now Alaphilippe was having to forcibly rein himself in and wait for the rest of the remaining break to help him drive on in the valleys, but once back on the slopes, he kicked clear of everyone again, also taking the summit of the Col de Romme solo.

Again he briefly waited for Taaramae, but soon left the Estonian behind, taking a far more attacking line through the corners on the descent before dragging himself up the Col de la Colombiere to ensure he also took the polka dot king of the mountains jersey.

Once over that last climb, the pursuers had no chance of catching the French rider, who began celebrating 3 kilometers from the finish, with Izagirre rolling in 1:34 later.

In the meantime, Van Avermaet was expected to surrender the race lead he has held since the stage three team time trial as the race moved into the Alps, but the Olympic champion defied predictions as he joined a breakaway and stayed away on the road to Le Grand-Bornand.

The BMC rider crossed the line at the end of the stage around a minute and a half ahead of the main group of contenders, which included defending champion Chris Froome (Team Sky) and his teammate Geraint Thomas, plus Adam Yates of Mitchelton-Scott.

After his BMC teammate Richie Porte crashed out of the Tour on Sunday, Van Avermaet started the second week with no agenda but to stay in yellow as long as he could, and put in a ride to honor the jersey here.

He joined an 18-strong break that had moved seven minutes clear by the time they crested the summit of the Montee du plateau des Glieres, heading on to the gravel roads over the plateau made famous by the French resistance in second world war.

Team Sky was pacing the peloton behind but after slowing the pace to wait for Froome, who suffered a puncture on the gravel, they could not fully reel in the breakaway group.

The provisional general classification showed Van Avermaet’s lead over Thomas growing to two minutes and 22 seconds, with Movistar’s Alejandro Valverde up to third, three minutes and 10 seconds down.