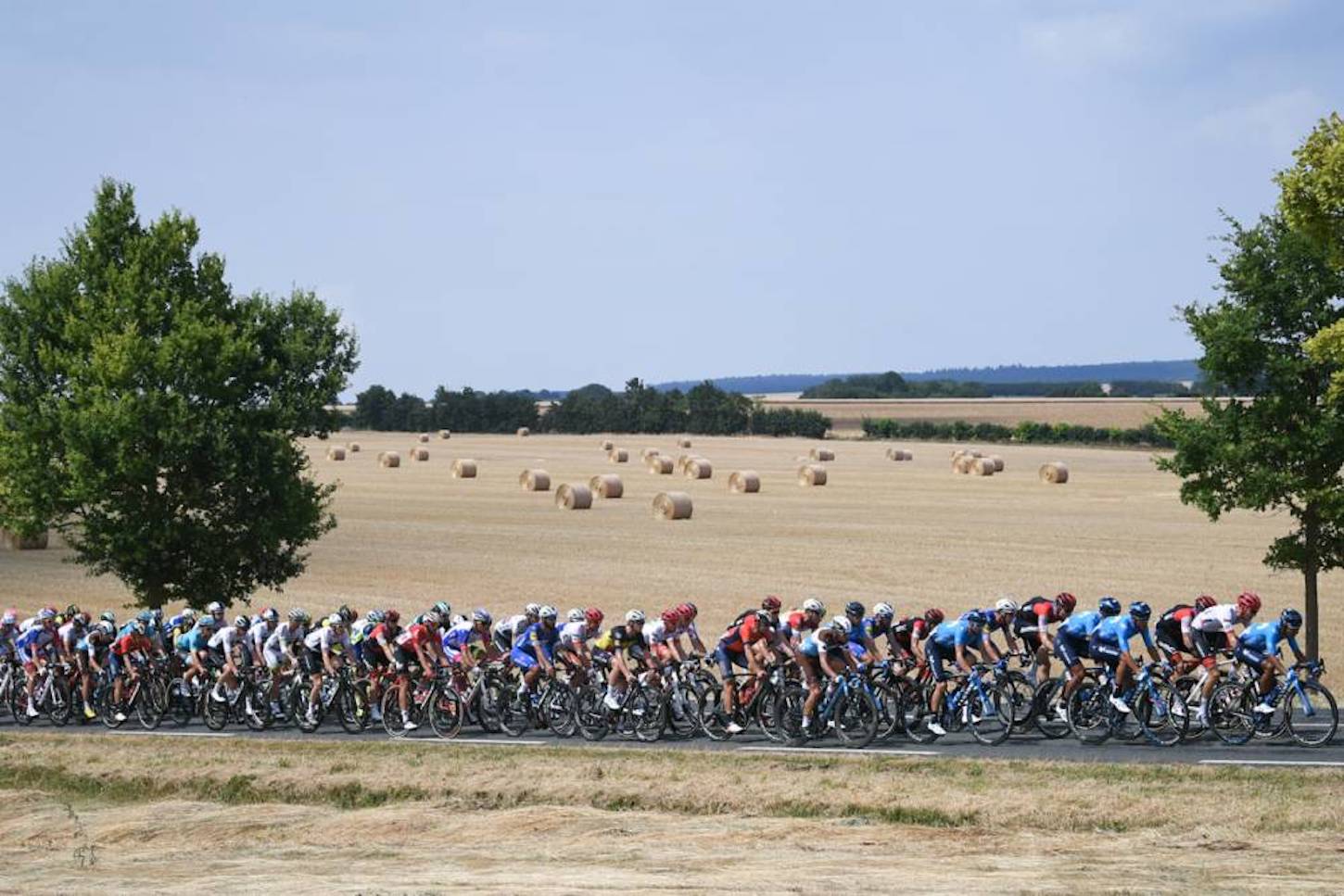 The Dutch rider timed his sprint to perfection during the slightly uphill finish, coming around Gaviria during the closing meters to seize the stage honors, while World Champion Sagan completed the podium.

At 231 kilometers, today’s stage from Fougeres to Chartres marked the longest in this year’s Tour.

However, unlike previous days, no breakaway group materialized. Instead, it was Yoann Offredo of Team Wanty-Groupe Gobert who led on his on his own for around 80 kilometer.

At one point, the French rider had established an advantage of more than eight minutes over peloton — the biggest gap at any stage so far this year.

Offredo picked up a point when he led at the top of the only categorized climb of the day, but was eventually caught by the peloton with 90 kilometers to go.

Once the peloton was together again, Laurent Pichon (Fortuneo-Samsic) broke from the pack and built up a lead of two minutes.

Pichon’s lead narrowed to one minute approaching the intermediate sprint at Berd’huis, but the Frenchman still took maximum points.

Behind him Gaviria finished second while Peter Sagan finished third to retain the green jersey.

Pichon was reeled in as the peloton quickened ahead of the bonus point at Nonvilliers-Grandhoux. Yellow jersey leader Greg Van Avermaet extended his lead in the overall rankings to six seconds by winning the bonus point with 30 kilometers to go.

This resulted in Avermaet maintaining a hold on the leader’s jersey with a six-second advantage over Geraint Thomas, after the Team Sky rider won the bonus point on Thursday during stage six.

The peloton was all together as the stage approached Chartres, with teams jostling to get their sprinters into position. But, it was Groenewegen who emerged victorious.