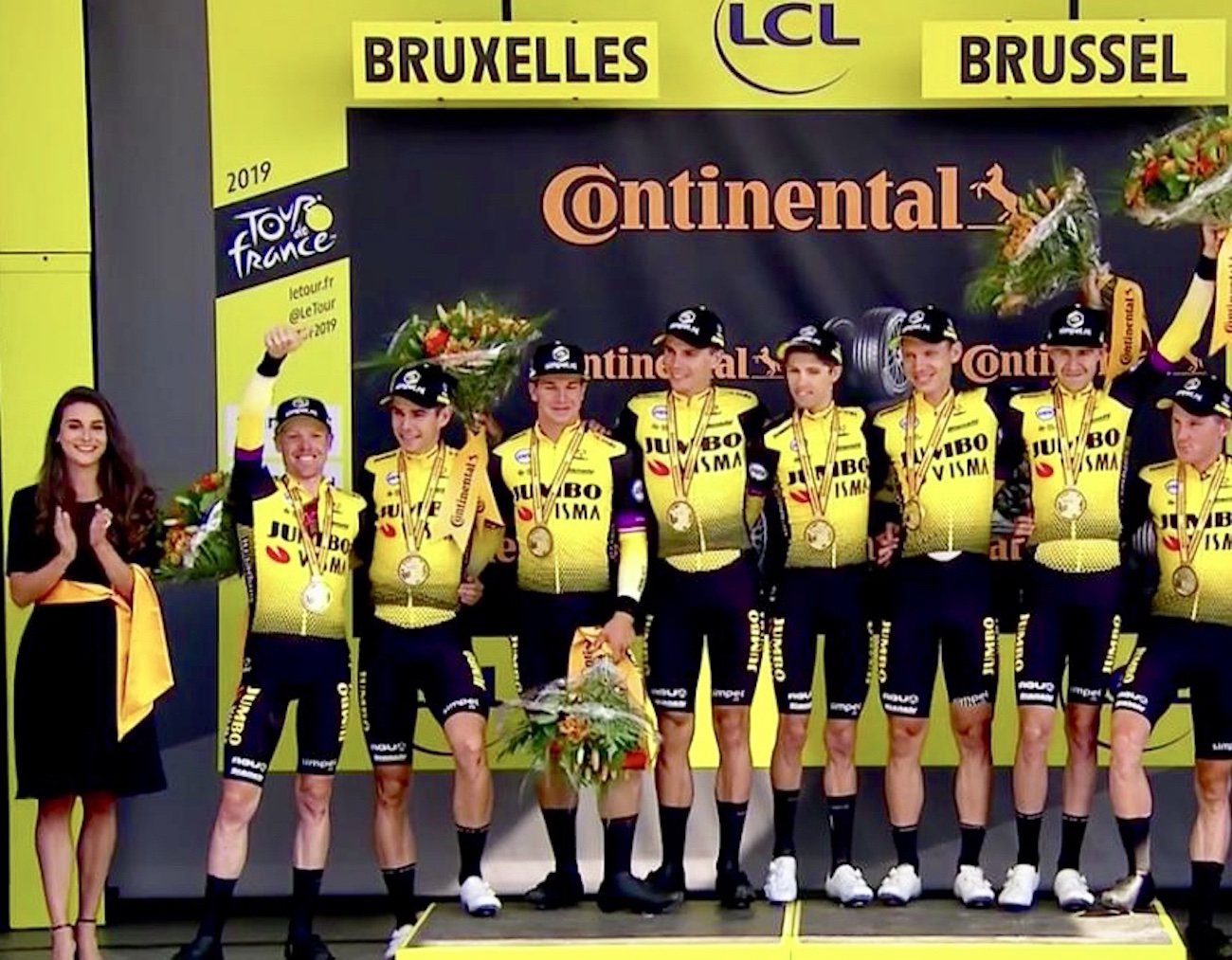 The Dutch squad ultimately dethroned Team Ineos, who sat in the hot seat all afternoon after posting the fastest time of 29:18.

Only Deceuninck-QuickStep came close to eclipsing the British team’s time, before Jumbo-Visma stopped the clock at 28:57 to seize the stage honors.

Team Ineos set the benchmark early in the day, crossing the finish with an average speed of 56.5km/h.

Even though David Gaudu slipped in the last curve, Groupama-FDJ bettered Astana by nine seconds, as Jakob Fuglsang didn’t appear to suffer much following his spectacular crash yesterday.

Katusha-Alpecin’s time at the first check point came as a shock, after Alex Dowsett dragged his teammates to a faster time than Ineos. But, the Swiss team eventually fell short of victory by six seconds. Sunweb later stopped the clock with the same time as Katusha-Alpecin.

Deceuninck-Quick Step came close to vanquishing Ineos, but their fourth rider wasn’t able to keep pace in the end.

Jumbo-Visma later hit the road, registering time checks that were faster than their British rival throughout the course.