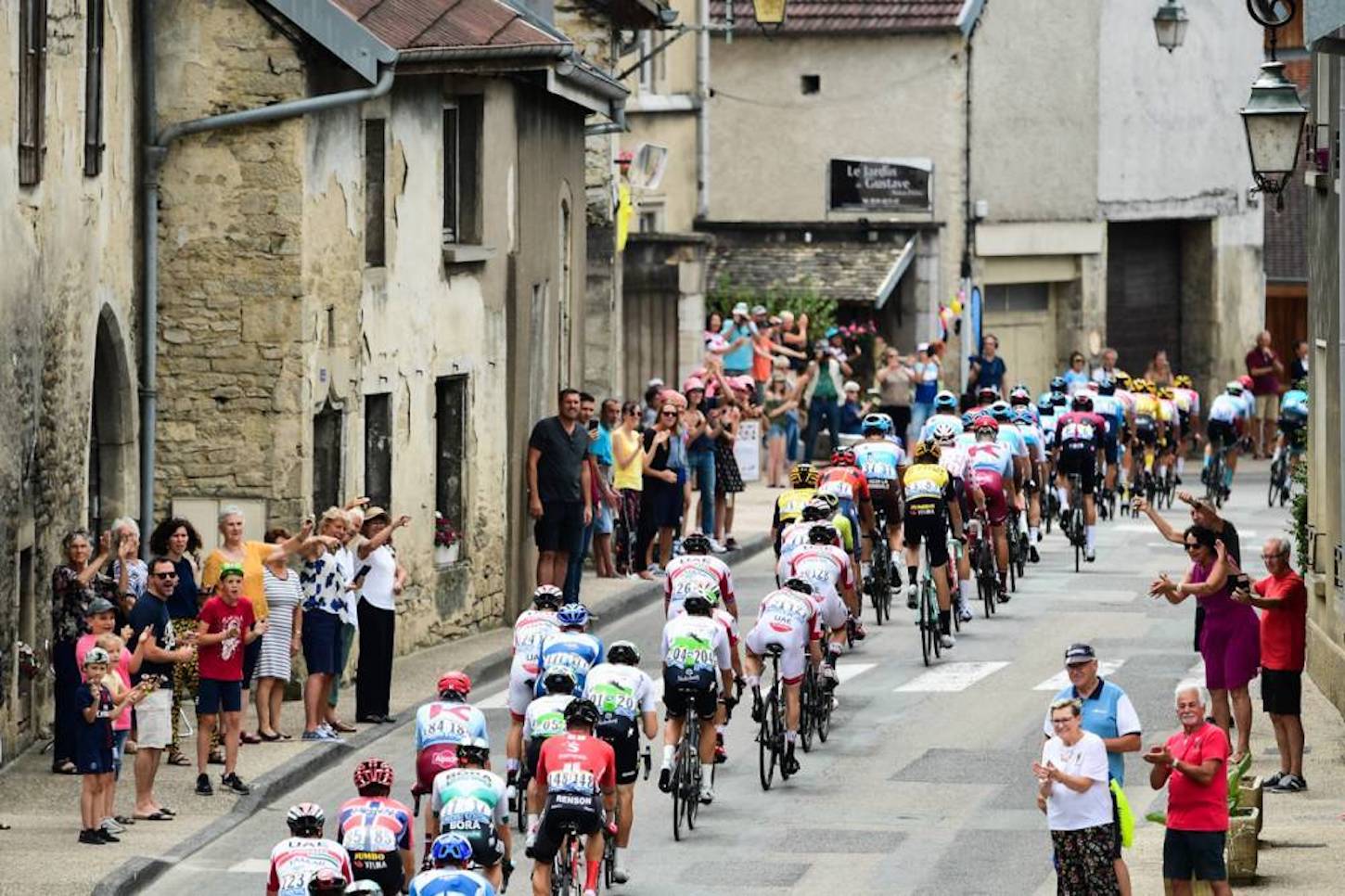 Unfortunately for Elia Viviani (Deceuninck-QuickStep), despite having the full support of his team during the closing 800 meters, the Italian rider waned during the last meters and had to settle for a disappointing sixth place.

Meanwhile, Giulio Ciccone (Trek-Segafredo) finished safely in the peloton to retain his grip the yellow jersey for another day.

Despite an inevitable sprint finish, Stephane Rossetto (Cofidis) and Yoann Offredo (Wanty-Groupe Gobert) set-out on a two-man breakaway effort early on today’s 230 kilometer stage from Belfort to Chalon-sur-Saone – the longest route in this year’s Tour.

From there, the duo went on to establish a maximum lead of four and a half minutes over the peloton, which was caught up in an earlier crash that ensnared riders like Mike Teunissen (Jumbo-Visma) and Education First’s Tejay van Garderen.

Having spent the entire day out front, Rossetto and Offredo were eventually reined in by the peloton with just over 12 kilometers to go, but not without the pair claiming the maximum intermediate and KOM points along the way.

Wout van Aert (Jumbo-Visma) led the peloton into Chalon-sur-Saône, taking a massive turn at the front with 5 kilometers to go, while Geraint Thomas (Ineos) closely marked his wheel.

Amund Grøndahl Jansen subsequently took over for Jumbo-Visma, before Daniel Oss (Bora-Hansgrohe) came to the fore as the sprinters jostled for position behind.

Viviani was once again given the perfect lead out by his teammates Michael Mørkøv and Max Richeze, but the Italian sprinter appeared to hesitate as Groenewegen launched his sprint from behind.

Ewan was quick to follow his move, but the Jumbo-Visma rider ultimately piped his Australian rival on the line.