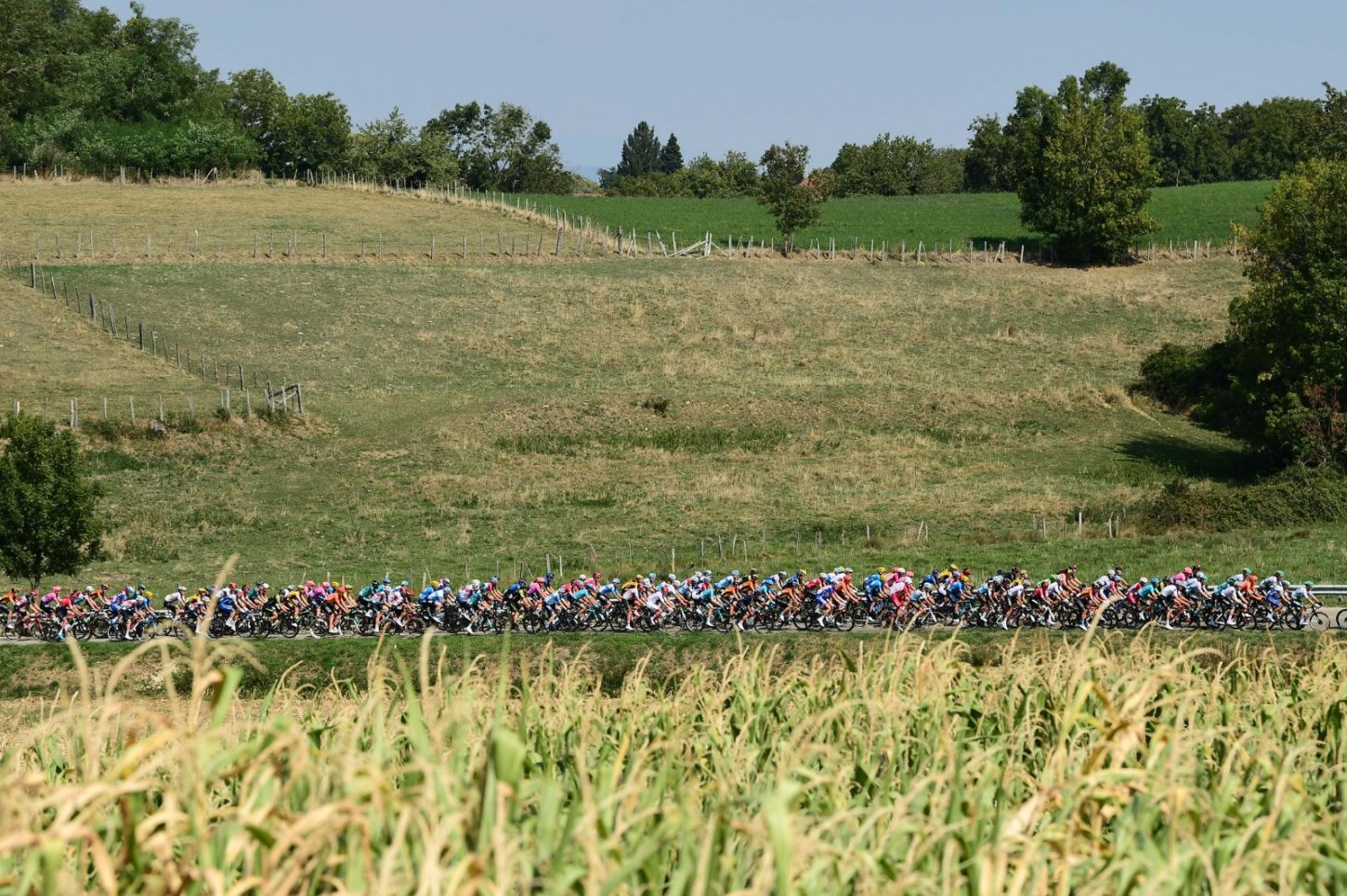 After narrowly losing out to Daniel Martínez (EF Pro Cycling) in stage 13, Lennard Kämna (Bora-Hansgrohe) found redemption in winning  today’s stage 16 of Tour de France, after the German rider broke clear of a fractured breakaway group with 20 kilometers to go and claim a solo victory in Villard-de-Lans.

Indeed, Kämna succeeded in jettisoning his only remaining rival, Richard Carapaz (Ineos Grenadiers), over the top of the Montée de Saint-Nizier-du-Moucherotte, and on to a solo win.

“I’m feeling great, it’s an absolutely awesome day for me. It was from the beginning and I knew I’d have to make it to the finish alone, so when I saw that Carapaz was dropping the speed I thought ‘now is the moment to go,” said Kämna.

During the first ramps of the penultimate climb, Pacher attacked, but the French rider was quickly caught by Carapaz, Reichenbach, Alaphilippe and Kämna.

Carapaz later commenced an attack of his own along the descent, with Kämna being the only rider to mark his move.

Kämna followed through with a subsequent attack along the last meters of the final climb, creating a sizable gap along the descent that would hold-off his Ecuadorian rival until the finish.

Meanwhile, the peloton arrived more than 15 minutes down on the winner, with Tadej Pogacar attempting a long-range attack during the final kilometer in hopes of distancing race leader and compatriot Primoz Roglic to no avail.

In the end, it was Astana’s Miguel Angel Lopez who crossed the finish line ahead of the pack, thanks a last minute attack during the closing meters.