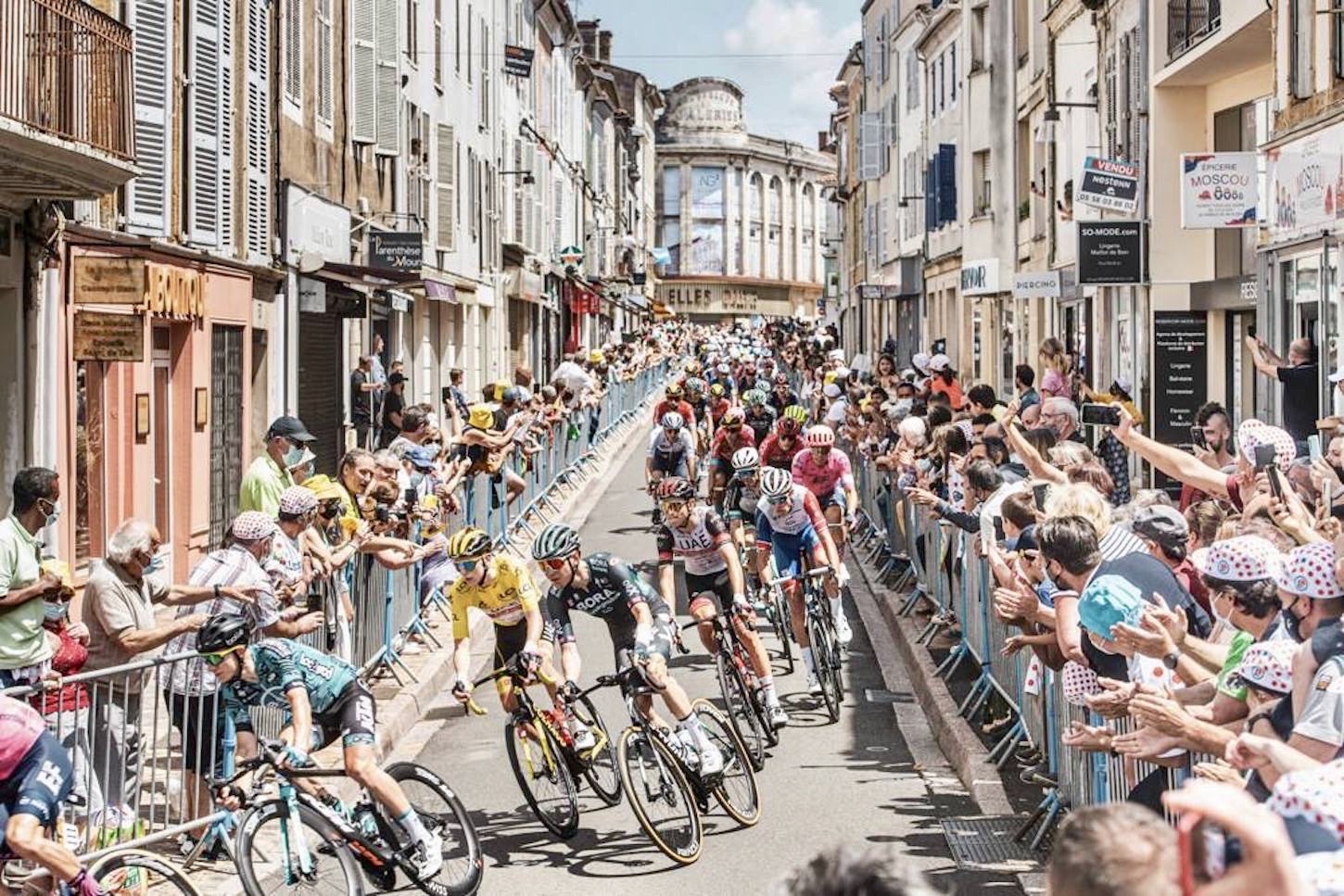 Matej Mohoric claimed a solo victory in stage 19 of the Tour de France today, after the Slovenian rider broke clear of a 20-man breakaway group to seize the stage honors in Libourne.

From there, the breakaway group went on to establish a massive advantage of 17:4’20’’ over the peloton.

Back in the chase, two crashes plagued the peloton, ensnaring riders like Enric Mas, Guillaume Martin and Mark Cavendish, who still managed to rack up six more at the intermediate sprint in the defense of his green jersey.

Meanwhile, a flurry of attacks were underway amongst the leaders, with Mohoric executing his winning move with 25 kilometers to go.

In the meantime, Laporte found himself in purgatory, caught between the escape group and Mohoric until the finish to claim second spot on the podium, while Pedersen led home the rest of the group.