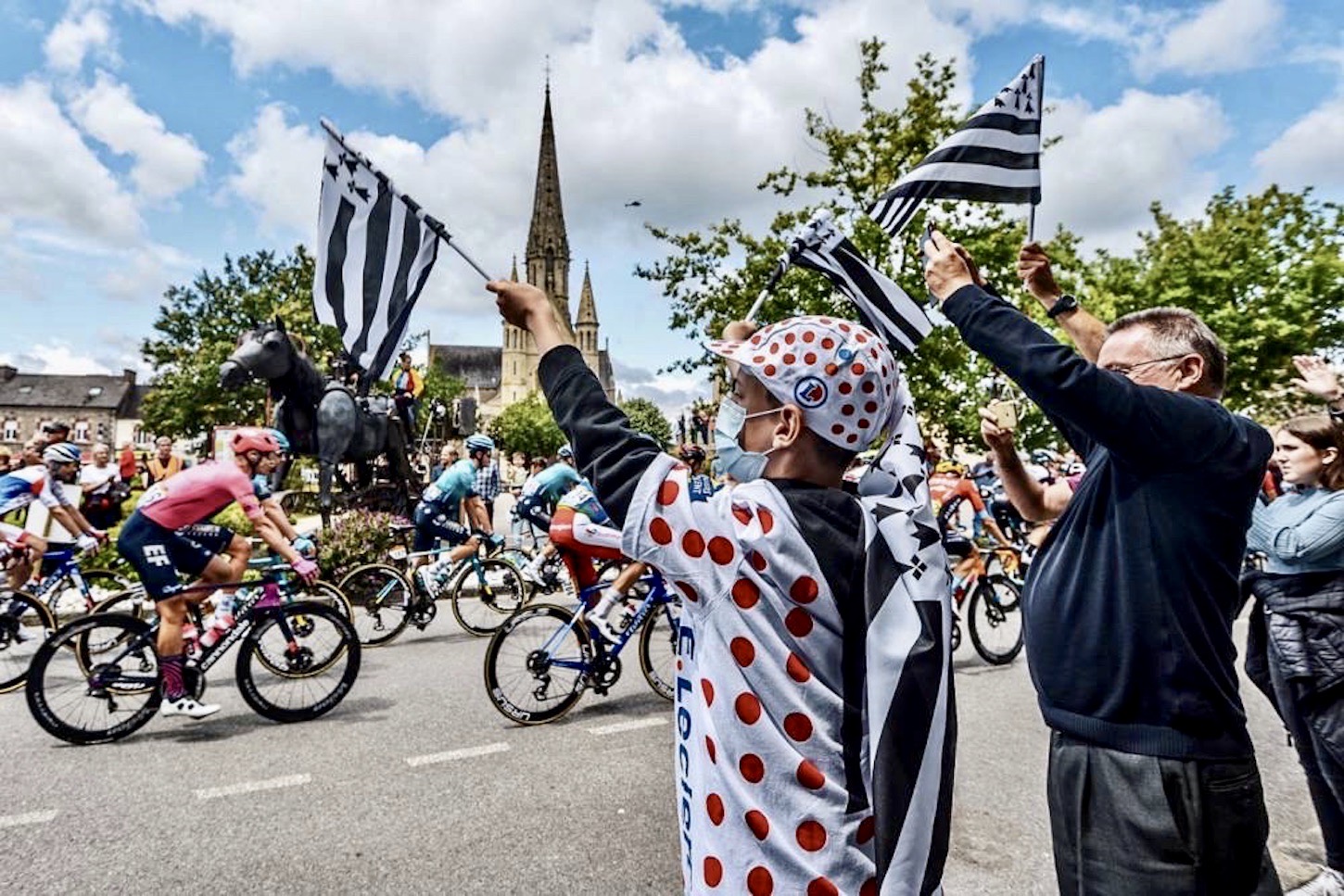 Meanwhile, Mathieu van der Poel finished safely in the peloton to maintain his grip on the yellow jersey.

Today was another flat stage, covering a 150.4-kilometer route from Redon to Fougeres.

Brent Van Moer (Lotto-Soudal) and Pierre-Luic Perichon (Cofidis) marked the day’s first breakaway effort, remaining out front for most of the day until Van Moer jettisoned his fellow escapee with 14 kilometers to go.

Back in the peloton, teams like Deceuninck-Quick-Step, Gourpama-FDJ and DSM were hard at work forcing the pace in order to move their respective sprinters into place for what was shaping up to be an inevitable spring finale.

With just 200 meters to go, Van Moer was caught, with Philipsen being the first  rider to open up his sprint, a move that was quickly followed by Cavendish and Bol.

Cavendish went on to seize the stage honors, nixing his rivals on the line to earn the British rider his 31st stage win in the French Grand Tour.