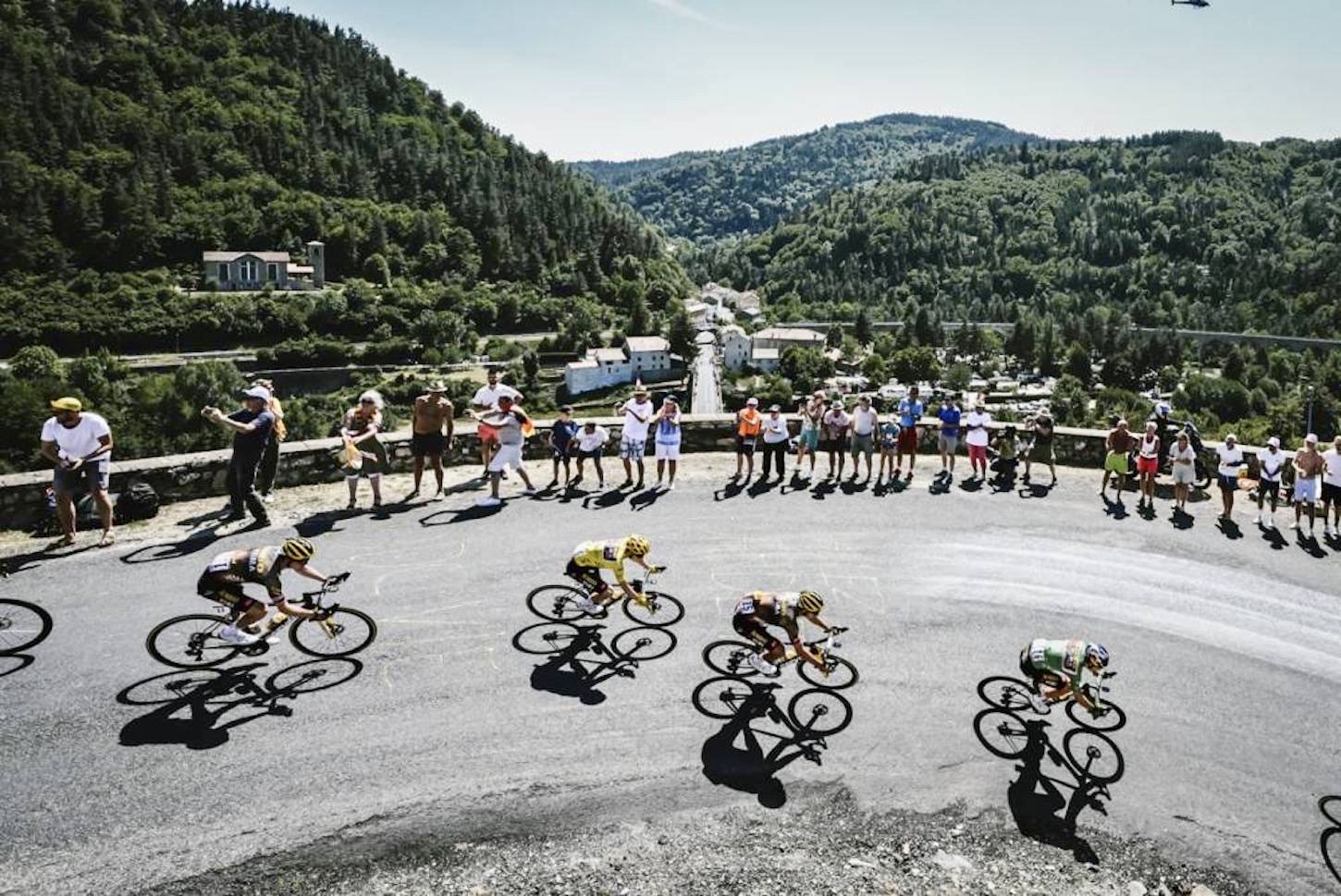 Michael Matthews (BikeExchange-Jayco) claimed a solo victory in stage 14 of the Tour de France today, after the Australian rider responded to a stinging attack from Alberto Bettiol (EF Education-EasyPost) on the steepest slopes of the Mende Aerodrome to sprint past his Italian rival and seize the day’s honors.

Meanwhile, Thibaut Pinot (Groupama-FDJ) rode clear of the rest of the breakaway group to secure the final spot on the podium.

With 50 kilometers remaining, Matthews decided to jettison the breakaway group, quickly opening up a 30 second gap along the Côte de Grandrieu.

Back in the breakaway, Bettiol upped the pace on the penultimate climb of the Côte de la Fage, prompting an attack from Urán that was quickly followed by Pinot, Jakob Fuglsang (Israel-Premier Tech), Meintjes, Soler and Martinez, while the leading quartet was still clinging to a slight gap over the summit.

An anxious Soler decide to attack from there, but the Spanish rider was easily reeled in along the decent.

With 15 kilometer to go, Kron was dropped from the lead group, while the remaining escapees were still holding onto a 39 second margin.

Back in the peloton, Jumbo-Visma kept a watchful eye on the gap, with Meintjes now coming close to becoming the virtual yellow jersey.

However, the Dutch squad turned up the pace over the Côte de la Fage, thinning out the peloton and dropping many riders, including yesterday’s stage winner Tom Pidcock.

As the leaders hit the final climb, their gap had fallen to just 17 seconds with Woods putting on a lot of pressure on the front. Sensing the chasers closing in, it was Matthews that put in a surge of pace up front, gapping Sanchez and Großschartner with relative ease.

Attacks continued from behind, with Bettiol setting off after the leaders.

The EF Education-EasyPost rider managed to rein in Matthews with just three kilometers remaining, before launching an attack with 2.6 kilometers to go.

From there, Bettiol looked poised for victory, but Matthews succeeded in clawing his way on the final climb before overtaking his rival.

With the main peloton still over 13 minutes behind, Pogačar proceeded to attack several times over the final ascent. While he didn’t manage to shift the yellow jersey from his back wheel, the repeated digs distanced all of the other GC contenders.

The pair sprinted to the line together with Pogačar putting in one last surge to the finish to try and shake off the Dane.

Behind, Thomas lost 17 seconds to the duo while Romain Bardet (Team DSM) giving away 28 seconds.