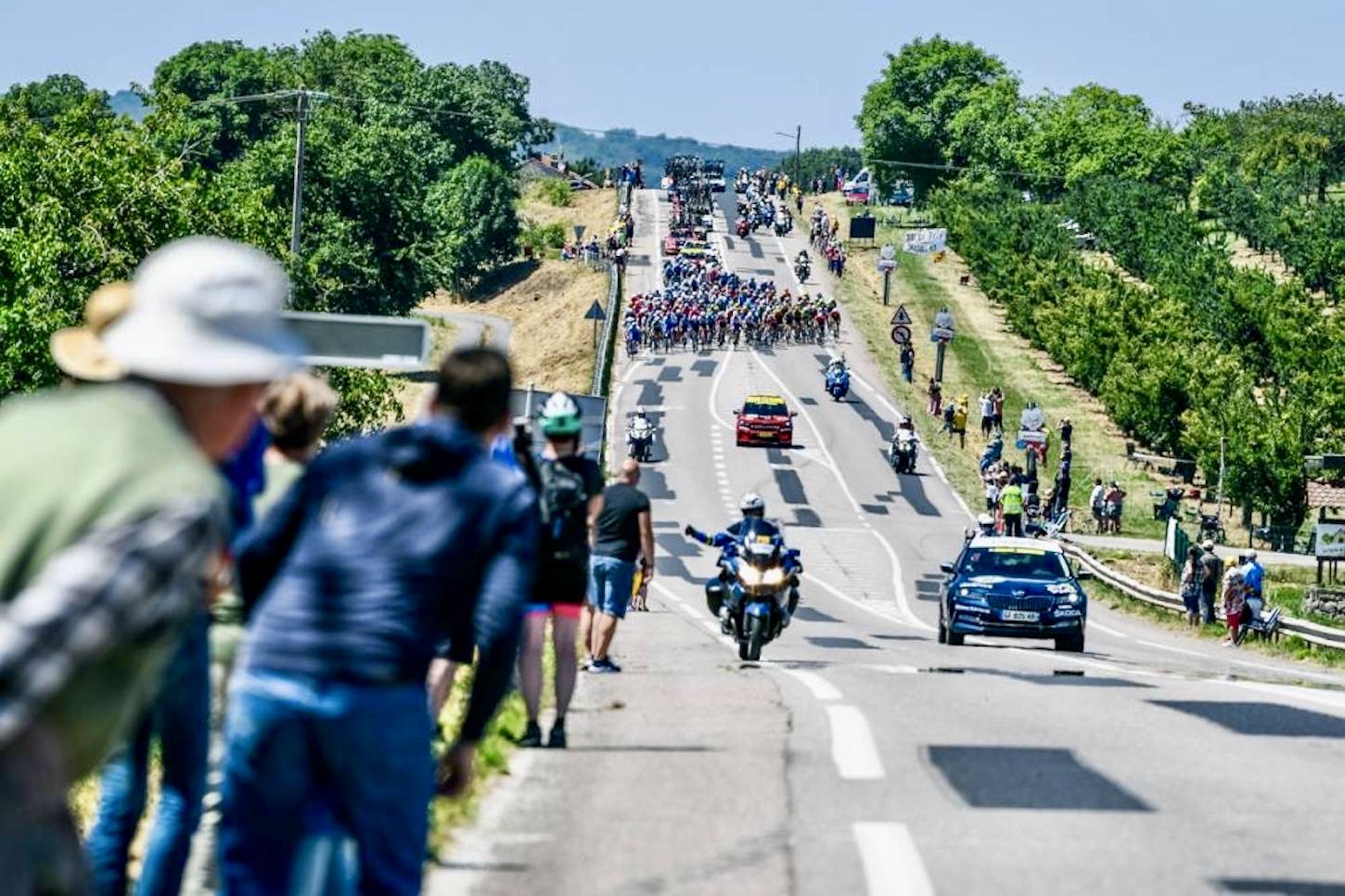 For the second day in a row, Tadej Pogačar (UAE Team Emirates) emerged victorious in stage 7 of the Tour de France, after the Slovenian rider edged out Jonas Vingegaard (Jumbo-Visma) atop the summit finish of Super Planche des Belles Filles to extend his overall lead.

Pogačar’s teammates were successful in whittling down the competition during today’s grueling mountain stage, ultimately delivering the defending champion to victory along the steep gravel sectors of the 7 kilometer climb in the Vosges.

However, with only 100 meters to go, a surprise, late attack from Vingegaard, who zipped past the final breakaway survivor, Lennard Kämna (Bora-Hansgrohe), initially put Pogačar under pressure. But, the UAE Team Emirates found the reserves to overhaul his Danish rival just before the line.

Kamna, along with Dylan Teuns (Bahrain Victorious), Luke Durbridge (BikeExchange–Jayco), Simon Geschke (Cofidis), marked the day’s breakaway effort, later clinging to a 1:25 advantage over the peloton as they began the day’s final climb that averaged 7%, but kicked as much as a brutal 24% towards the finish.

Kamna managed to stay out as the rest of the breakaway group was swept up with 3 kilometers to go. But, just as the German rider looked poised for victory, Vingegaard attacked off the wheel of Pogačar, sailing past Kamna during the last few hundred meters.

However, Pogačar mustered a reply, nixing Vingegaard on the line to seize the stage honors.

Meanwhile, Primož Roglič (Jumbo-Visma) came in 12 seconds down on his fellow countryman, with Kamna and Geraint Thomas (Ineos Grenadiers) at 14 seconds.

Pogačar now leads the race by 35 seconds over Vingegaard, followed by Thomas in third at 1:30.