The Tour de Pharmacy is a Tough Punchline for Cycling 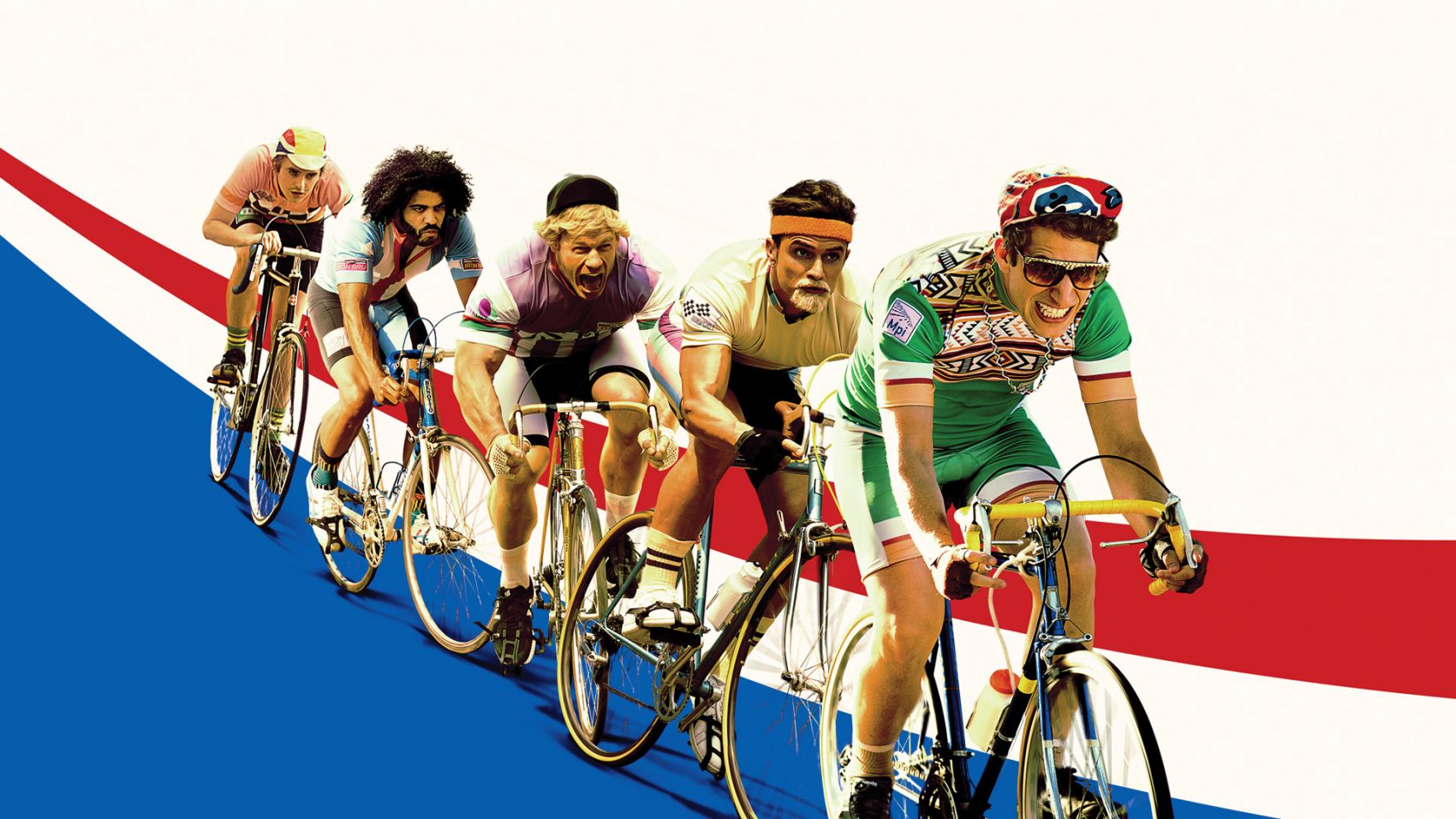 Fans of the TV show Portlandia are amused by the quirky portrayals of Portland’s residents, and the unique ways in which they interact with their insular world. But for actual residents of the city of Portland, the show can make for uncomfortable viewing because it highlights the all-too-real stereotypes of the people, places, and activities that make the socially-progressive city one of the centers of the of the tree-hugging, liberal world.

Cycling’s die-hard fans and its stakeholders are in for the same rude awakening, when HBO Films’ “mockumentary” Tour de Pharmacy airs on July 8th. There is an old adage – that often things which are said in jest are said half in truth. Satire and comedy often reflect the uncomfortable aspects of real life, and in this light some cycling fans may enjoy the program, but there will probably be just as many fans turned off or offended by the portrayal of our sport.

Tour de Pharmacy is an outlandishly absurd take on the wholesale doping and corruption era in pro cycling – and of the sport in general. Unlike 2015’s The Program, which accurately portrayed the sport, Pharmacy reflects a popular culture perception that pro cycling is just a crooked and chemically enhanced spectacle which cannot be taken seriously. The casting of John Cena – a long-tenured face in pro wrestling’s improbably-muscled flying circus – as one of the mockumentary’s outrageous caricatures does not lack irony.

Yet, pro cycling is arguably cleaner today than it has ever been, and it has actually been an anti-doping innovator. Frankly, cycling does more than almost any other endurance sport to keep competition fair. But at the same time, it obviously hasn’t done enough in the way of public relations – to sell itself as a clean, entertaining, and respectable sport. Instead, more often than not, the sport has tripped over itself – with motorized bikes, allegations of therapeutic use exemption abuses, tell-all rider biographies describing incredibly risky behaviors; in short, taking two steps back for every step forward.

The fact that Tour de Pharmacy was produced at all shows that we have not come to grips with how the broader public perceives pro cycling. Culturally, much of the current North American interest in pro cycling was built on the shoulders of Lance Armstrong, and it took a predictable beating as a result of his prolonged and very public downfall. Despite efforts to erase those years and his name from pro cycling’s history, the doping era still influences opinions of the sport today. Setting the film in 1982 does little to defuse its modern context. Armstrong’s presence in the mockumentary – albeit, in a self-deprecating cameo – only underscores the fact that without his impact on the sport, there wouldn’t be much reason to film this as a four-minute comedy sketch, let alone produce it as a 41-minute program.

The more serious consideration raised by Pharmacy is that it is a disheartening cultural indicator for how some potential investors and sponsors actually view our sport. While there is a great deal of potential financial upside for major brands to sponsor a big team or a big race, the risks have been proven to be just as great and this only adds to pro cycling’s economic instability.

Satires like Tour de Pharmacy should jolt us out of our comfort zone, and push us harder to repair the public image and trustworthiness of pro cycling. We need to give die-hard fans new reasons to cheer; more importantly, we need cast a more inclusive net to sports fans everywhere – to attract a broader interest in cycling. And this can’t just be window dressing; it has to be a tangible outreach with innovative marketing, easy to understand racing formats, and captivating broadcasts which inspire new fans to join in the excitement and ride.

Just as Slap Shot made us laugh along at the real violence in pro hockey, and Major League took us on a wild but believable voodoo trip through baseball’s clubhouse culture, we can see the punchline Tour de Pharmacy will deliver. We may or may not have a good laugh, but Pharmacy‘s portrayal of pro cycling accurately, if uncomfortably, hits the nail on the head.