Tour Down Under 2023 Criterium 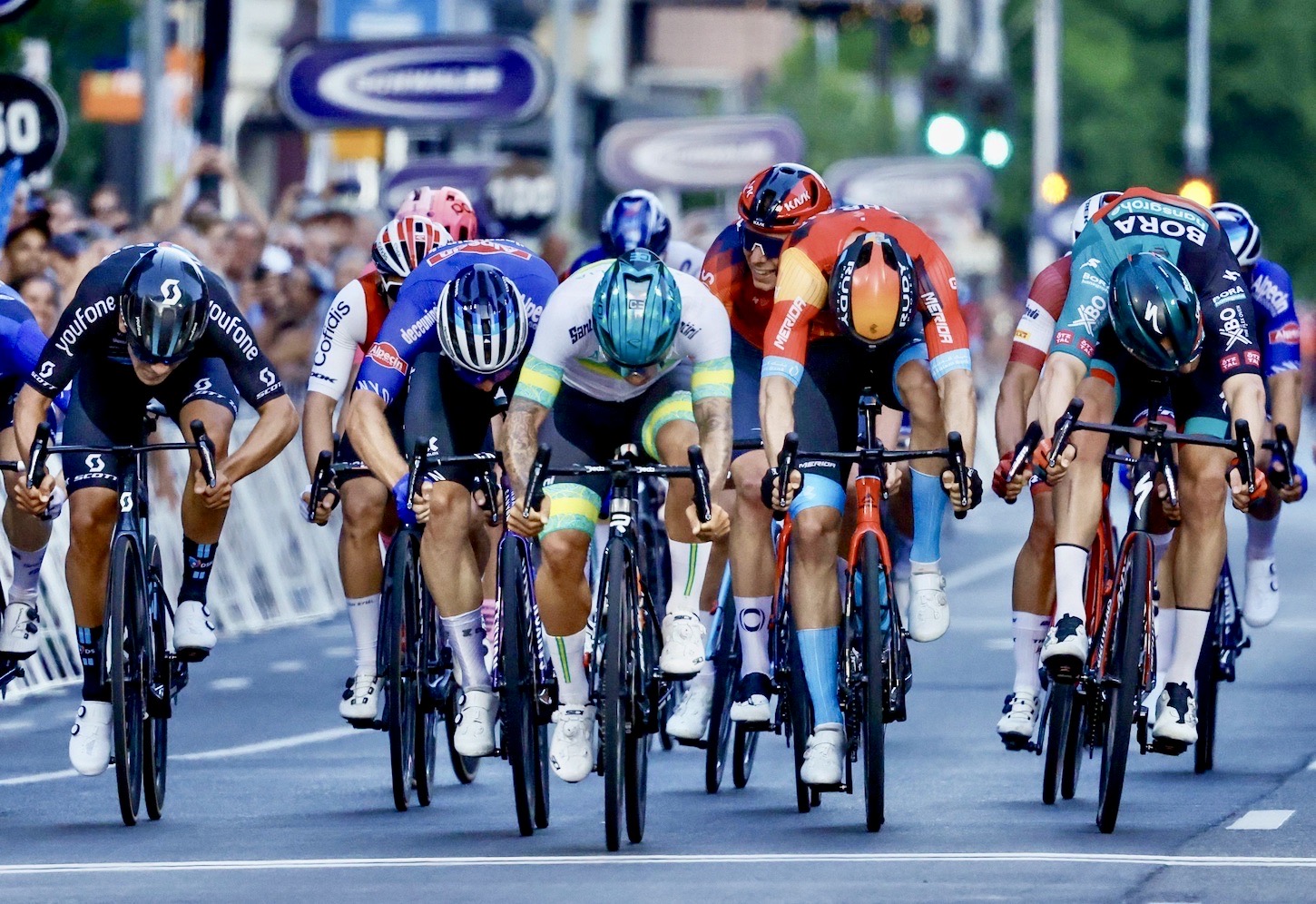 Australian sprint superstar Caleb Ewan stole the show with a superfast finish to win the Schwalbe Classic in the streets of Adelaide on Saturday night.

Ewan used his tactical nous and incredible power to issue a strong warning to the chasing pack before the men’s Santos Tour Down Under WorldTour gets underway this week.

Ewan was charged with heading up a very young Australian national team during the Santos Tour Down Under.

“I really like racing with a young team and sometimes with older pros they just kind of turn up,” Ewan said after his fifth classic win.

“My team was quite good in the crit and it’s going to be a big learning curve for them.

A star-studded WorldTour lineup featuring Grand Tour winners Jay Hindley, Chris Froome, Geraint Thomas and Simon Yates thrilled the huge crowd in the city streets of Adelaide in a preview of what lies ahead for the 2023 season.

The pace was frenetic as the peloton used the strong southerly winds to their advantage which cooled the day’s scorching 38C to a comfortable 25C just before the hour’s criterium racing was complete on the Flinders Street finish line.

Mauro Schmid from Soudal Quick Step took out the first preme sprint before the peloton settled into a solid rhythm.

A nasty crash saw Patrick Bevin from Team DSM go down with just three minutes plus a lap remaining which saw an aggressive peloton muscle in for finishing positions with Australian sprint gun Ewan catching the eye of the partisan crowd.

Featuring for Team Australia at the WorldTour race Ewan, 28, a nine-stage winner of the Santos Tour Down Under was jostling for pole position just before the bell lap to take the honors.